Jaguar F-Type Replacement Could Be Mid-Engined and Electric: Report

Jaguar’s spicy coupe could reportedly be modeled after the C-X75 concept car. 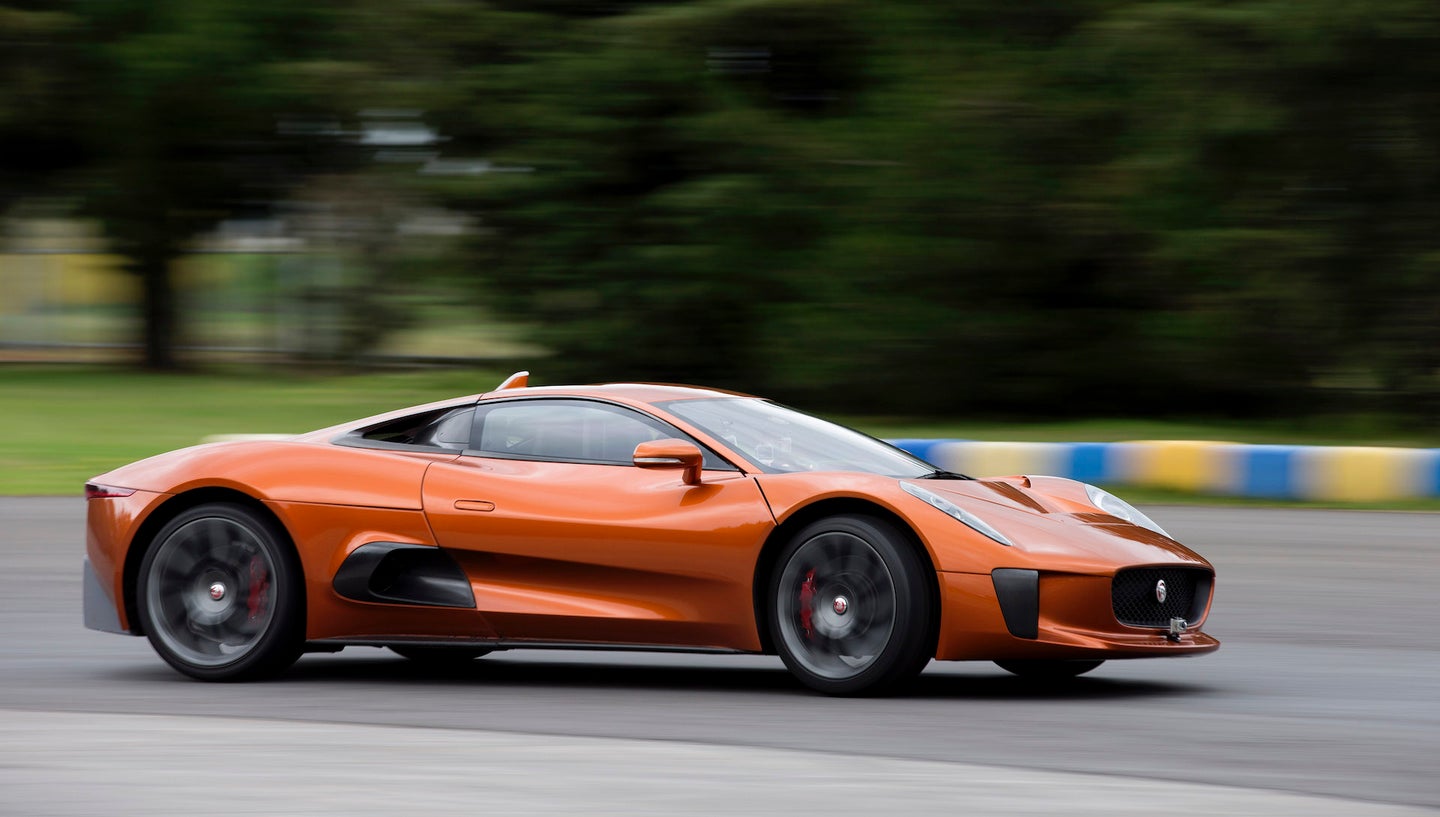 Based on comments made by Jaguar's former designer Ian Callum, the iconic automaker might be "pulling a Corvette" with its next F-Type, going for a mid-engined layout with its next flagship sports car.

According to Autocar, the British automaker is still mulling over whether to stick with the front-engined, rear-drive setup for the next-gen F-Type or make the switch to a mid-engined and possibly electric layout. The publication reports that people "close to the project" are leaning towards the latter.

In terms of design, Callum told Autocar that he and current Jag design boss Julian Thomson had already done the groundwork on the Mk2 F-Type.

"We could get quite close [to the C-X75]," said Callum, referring to the mid-engined Jaguar concept car probably best known for its appearance in 2015's Spectre Bond movie.

"There's still a formula within Jaguar for a front-mid-engined car. I have a preference for mid-engined cars. It’s certainly something I would like to see," he added.

When The Drive reached out to Jaguar for comment, a company spokesperson declined to "comment on future product plans." But with the current F-Type said to remain on the market for another three years, development on its successor would have to kick off soon.

A previous report pegged the next F-Type to be a 2+2 powered by a BMW-sourced V8 making 560 horsepower and presumably positioned in front of the passenger compartment. Perhaps that's the fallback motor Jag has in mind if the whole mid-engined electric thing doesn't work out.

Jaguar Wants Buyers to Pay an Extra $10,000 for Checkered Flag Badges On an F-Type