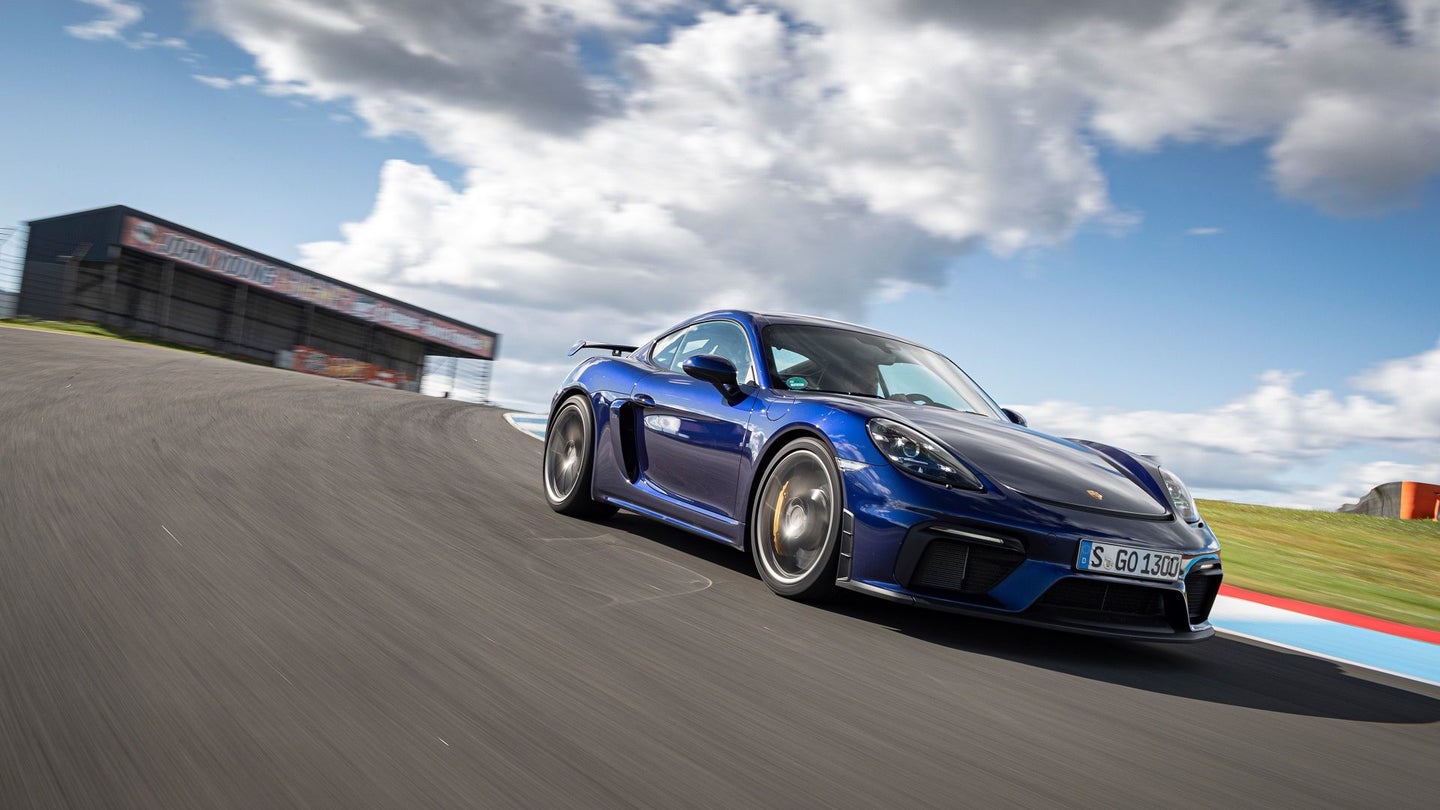 When purists begged Porsche to replace the odd-sounding flat-four engine in the 718 Cayman and Boxster, this isn't what they had in mind. If recent statements made by one company executive hold true, the next generation of Stuttgart's mid-engined sports cars may not rely on internal combustion engines at all.

"The 718 just fits EV, doesn't it? The next generation of these cars would be a good time to go all-electric." And when asked whether an electric 718 would feature all-wheel drive, Meschke replied, "Yes, it needs to be, that makes sense."

The report goes on to outline that Porsche has plans for an all-electric Macan crossover that'll sit on a new "PPE" platform co-developed with Audi. It will be sold alongside regular, gas-powered Macans for "a couple of years" before those cars get phased out, as reportedly confirmed by Meschke. Top Gear predicts that potentially electric Caymans and Boxsters will be built on the same PPE platform and follow a similar sales strategy, being offered in tandem with internally-combusted models before the gas cars are discontinued a few years into production.

In terms of timeline, the electric Macan, Cayman, and Boxster are projected to be available in 2022, at which point the Taycan and Taycan Cross Turismo will already have been on the market for a while. Meschke went on to say that the next models to get the all-electric treatment shall be the Cayenne followed by the Panamera.

An electric Panamera, at first glance, might seem redundant when the Taycan is already a thing, but if Mercedes-Benz can simultaneously sell a four-door AMG GT, the CLS AMG, and the E63, we're sure Porsche will be able to make a business case for two electric sedans—somehow.

The Drive reached out to Porsche for clarification on Meschke's comments, but declined to "speculate on potential future product."