Only days ago, TVR teased us with the silhouette of their upcoming Griffith, the company's first new car in over a decade. Until today, we knew little except for some sparse powertrain details and the fact that it would be powered by a 5.0-liter Cosworth V8 making 480 horsepower, transmitted rearward through a manual transmission, propelling the car to an estimated 200 mile-per-hour top speed. Today, with this year's Goodwood Revival kicking off, the Griffith has been unveiled to the public at last, and dare we say it looks the way every TVR ought to: magnificent, but with the crazy eyes of someone you would never take on a dinner date.

Goodwood Road & Racing on YouTube posted an unveiling video Friday, building up to the car with a splotchy intro backed by poncy music and an unknown man's voiceover. Skip to 1:55 for the good part, where the tease stops and it becomes a full-frontal.

Those wide-eyed TVR headlights, presumably meant to mimic the face of those who drive TVRs, are featured as a continuation of the marque's past designs. Around back, we can't help but feel like we see some Toyota FT-1. Maybe it's the color, maybe it's the vents coming off the rear wheels, or maybe just the curled wing, but we can't help but think, Supra. The wheels are modern five-spoke alloys, with bare metal serving to distract the eye from the otherwise subtle but appealing wheel design.

Side-exit exhausts coming out just aft of the front wheels serve to both save weight and accentuate the car's now-exotic naturally-aspirated engine, which makes one hell of a noise. Here's a video of the Griffith's engine being tested in an older TVR. We think it's growly enough to make even the fiercest predators of the Serengeti think twice about sharing a planet with the Griffith. 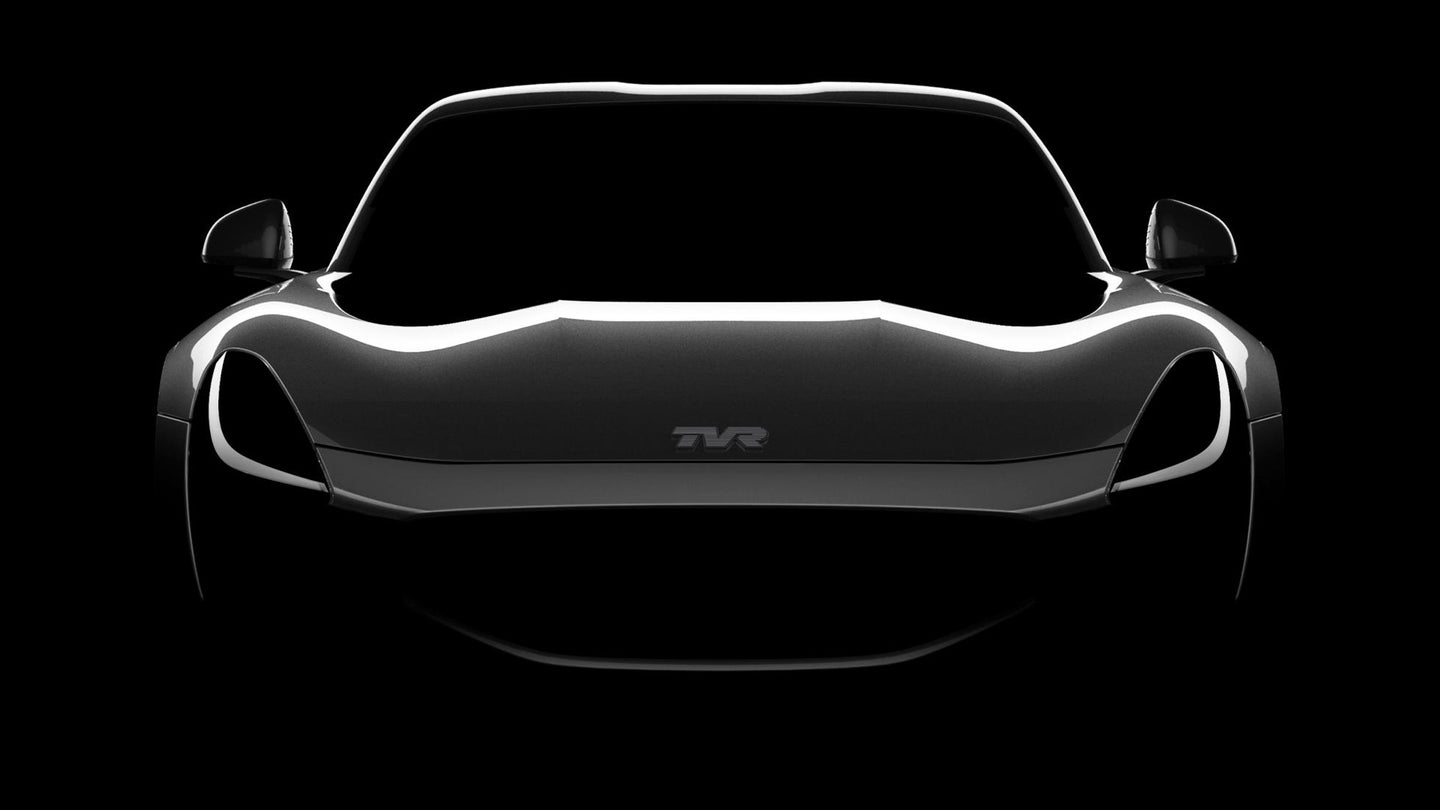 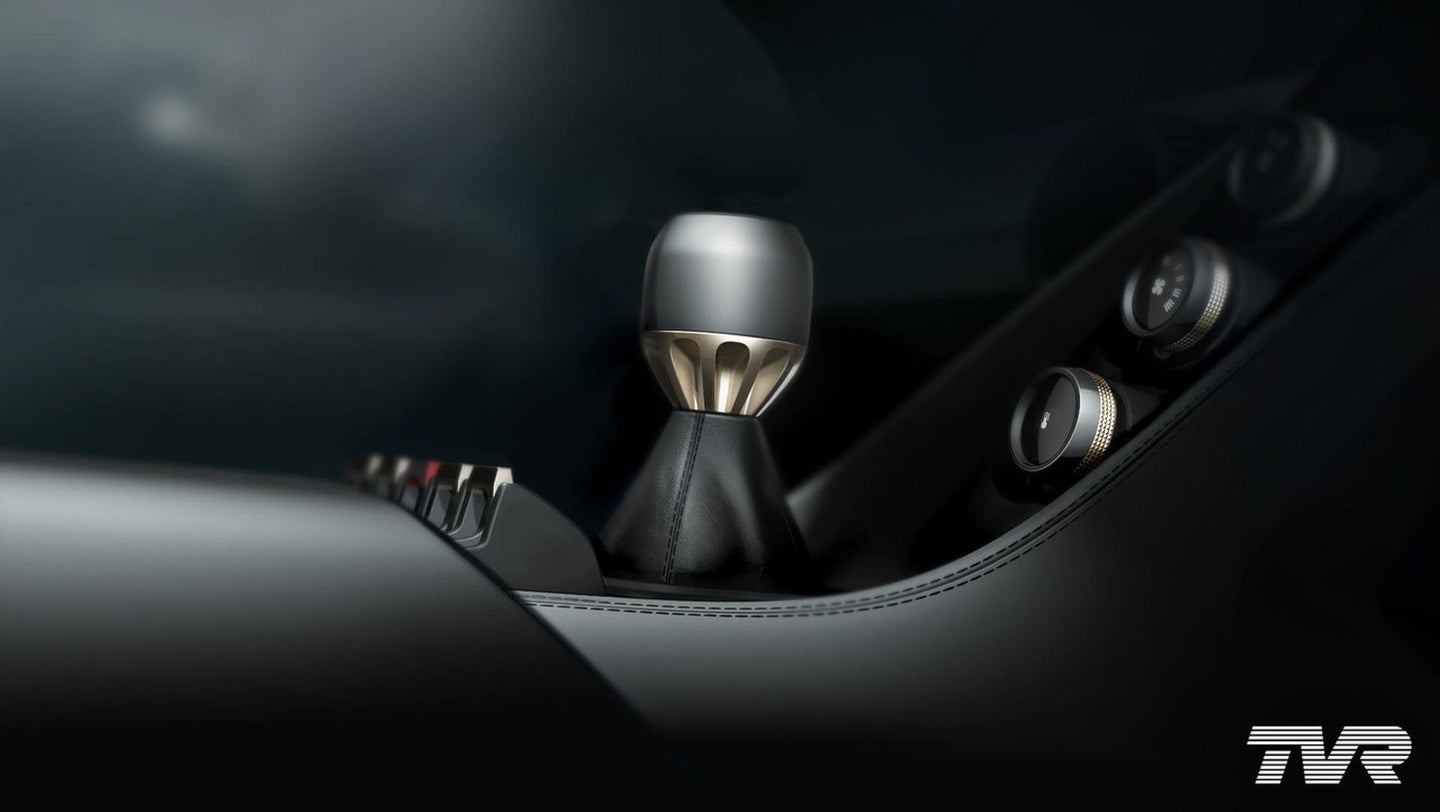 The boutique British carmaker prepares to stick it to the automotive world. 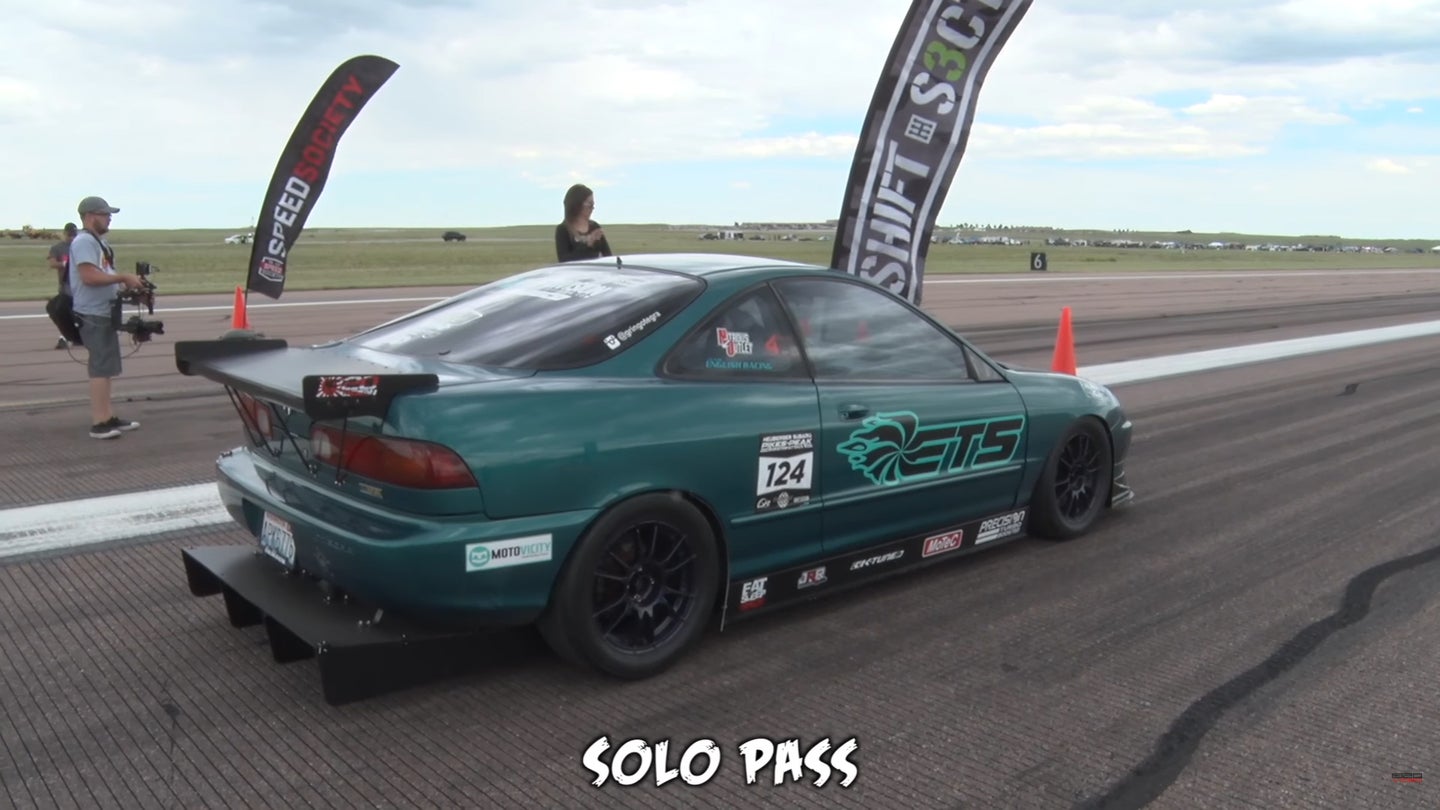 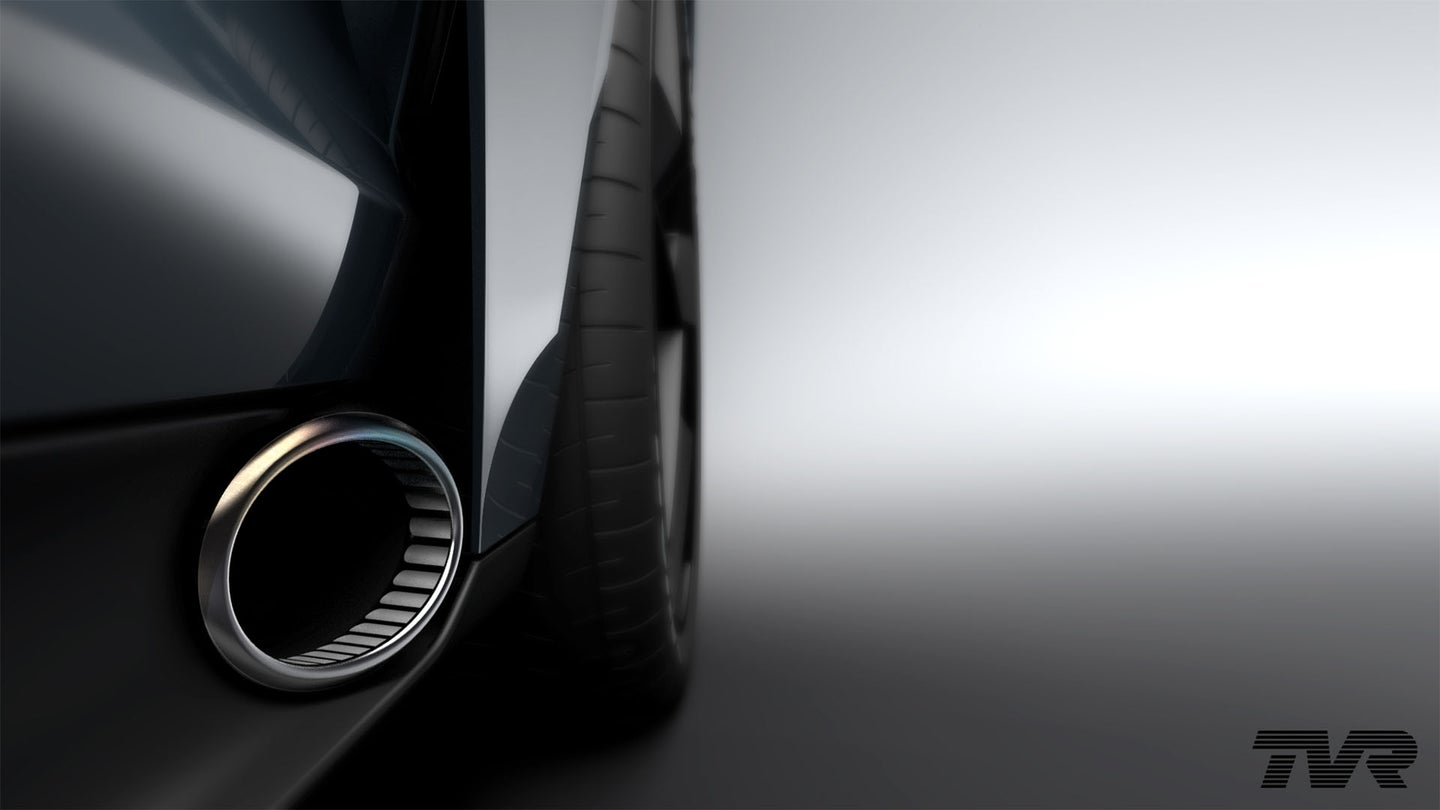 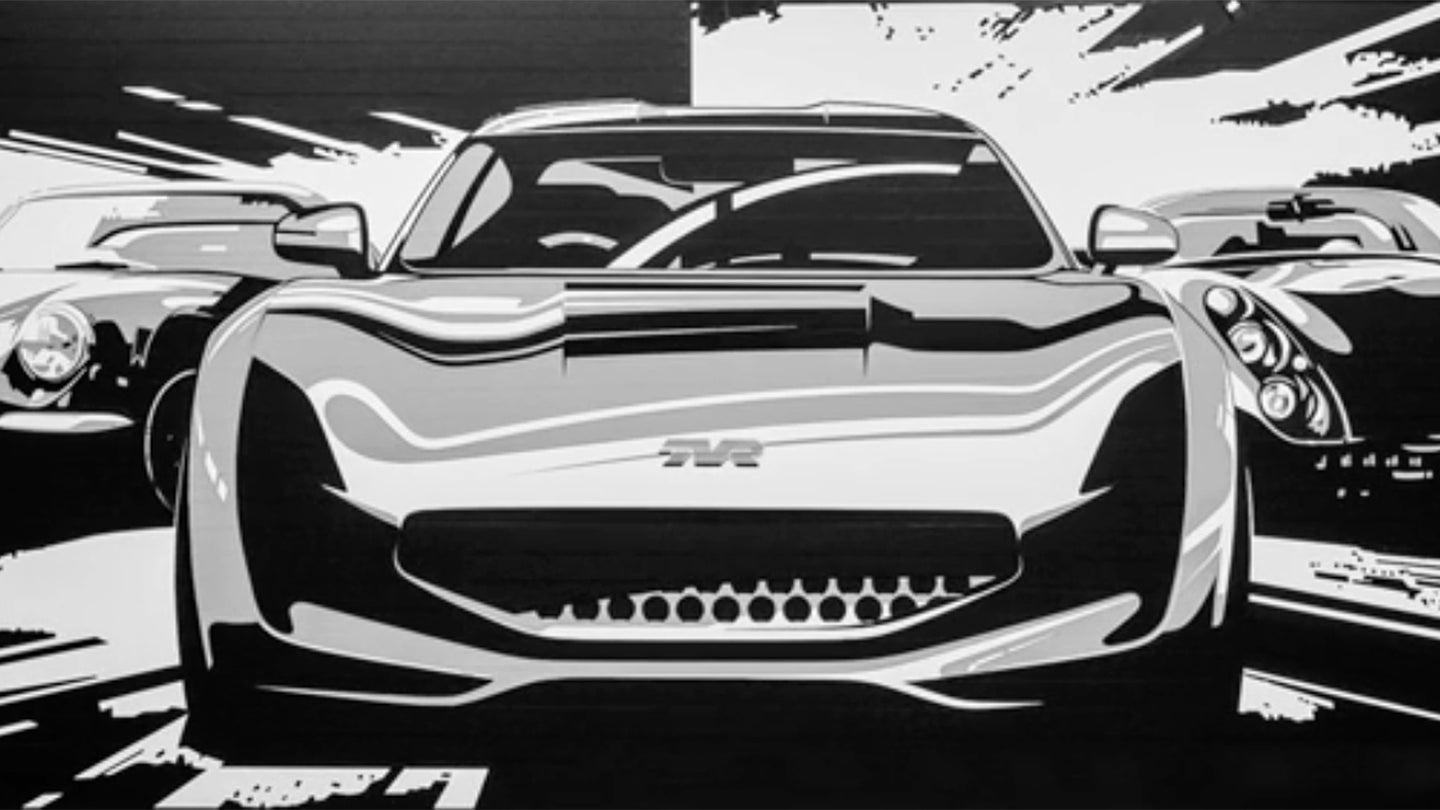