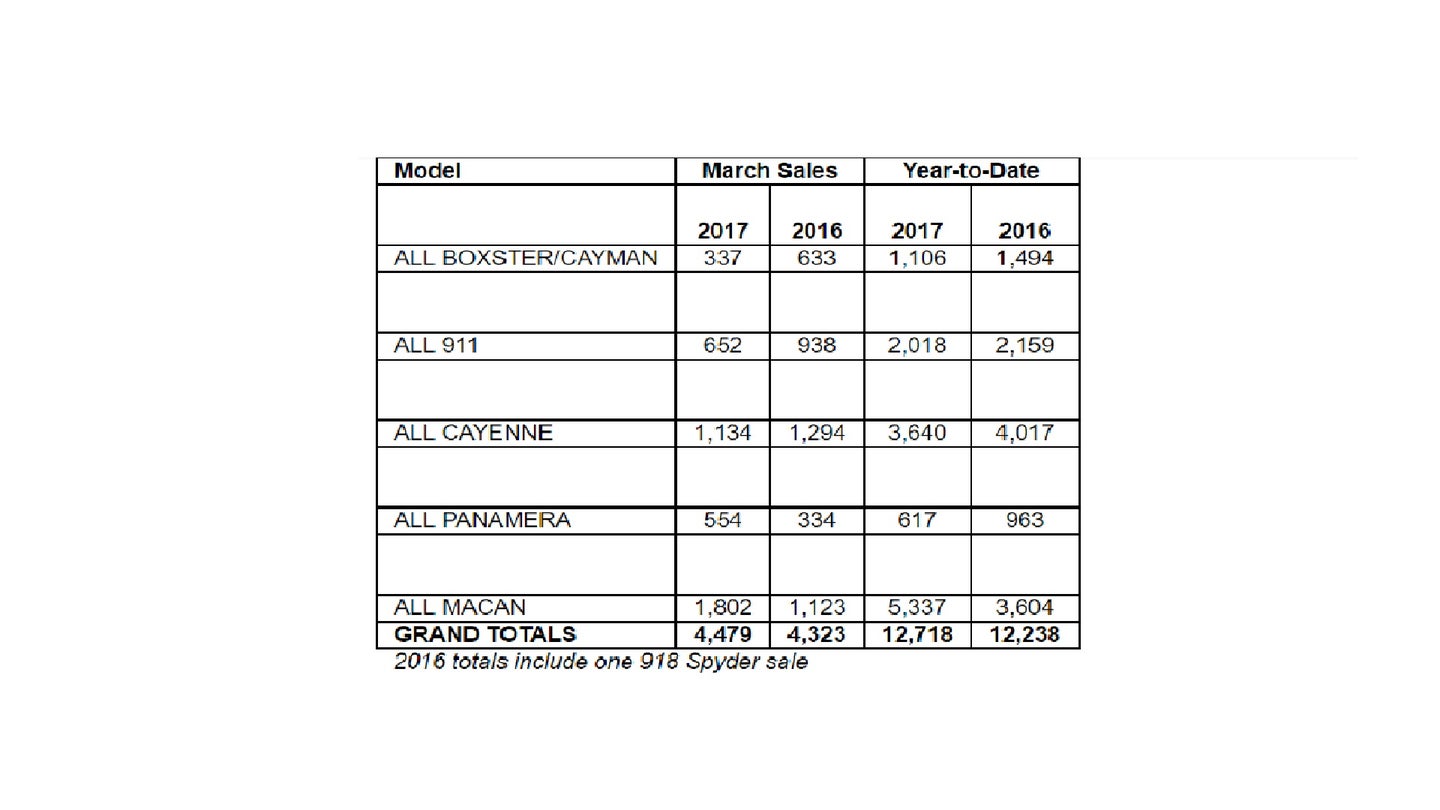 Today comes news of a good sales month, and an excellent sales quarter from Porsche Cars North America. Across the month of March, PCNA sold 911, Boxster, and Cayman sports cars, as well as Macan and Cayenne SUVs, and Panamera sedans to the tune of a grand total of 4,479 vehicles. This is an increase of about 3.6% over the same month in 2016. All told, this first quarter of 2017 has netted 12,718 vehicle sales for PCNA, a 3.9% gain on quarter 1 of 2016.

The new 2017 Panamera recorded very strong sales in its first month on sale, selling 554 units. The real winner in March, however, was the Macan. Porsche sold 1802 Macan units in March, and a mega 5,337 year-to-date. That's nearly 42% of the company's entire year-to-date total in just one model. The fact that Porsche is selling so many of their so-called "entry level" models is quite interesting.

We found it interesting that Boxster and Cayman sales have dipped again. Either consumers are equally nonplussed with the aural qualities of the flat four as we are, or perhaps lingering winter weather has forced some to delay their purchases. 911 sales are similarly down in March, though hopefully the increased shipments that dealers requested will be arriving shortly to help satiate demand.

Porsche's Certified Pre-Owned program accounted for 1,585 sales in March 2017, a huge 9.0 percent increase compared to the same period last year. Are Porsche buyers less willing to spend the big money to get a new car, or are they driven to the older naturally aspirated engines? We'll investigate further and return with more information at a later date.