The Mission E concept could be just the beginning. 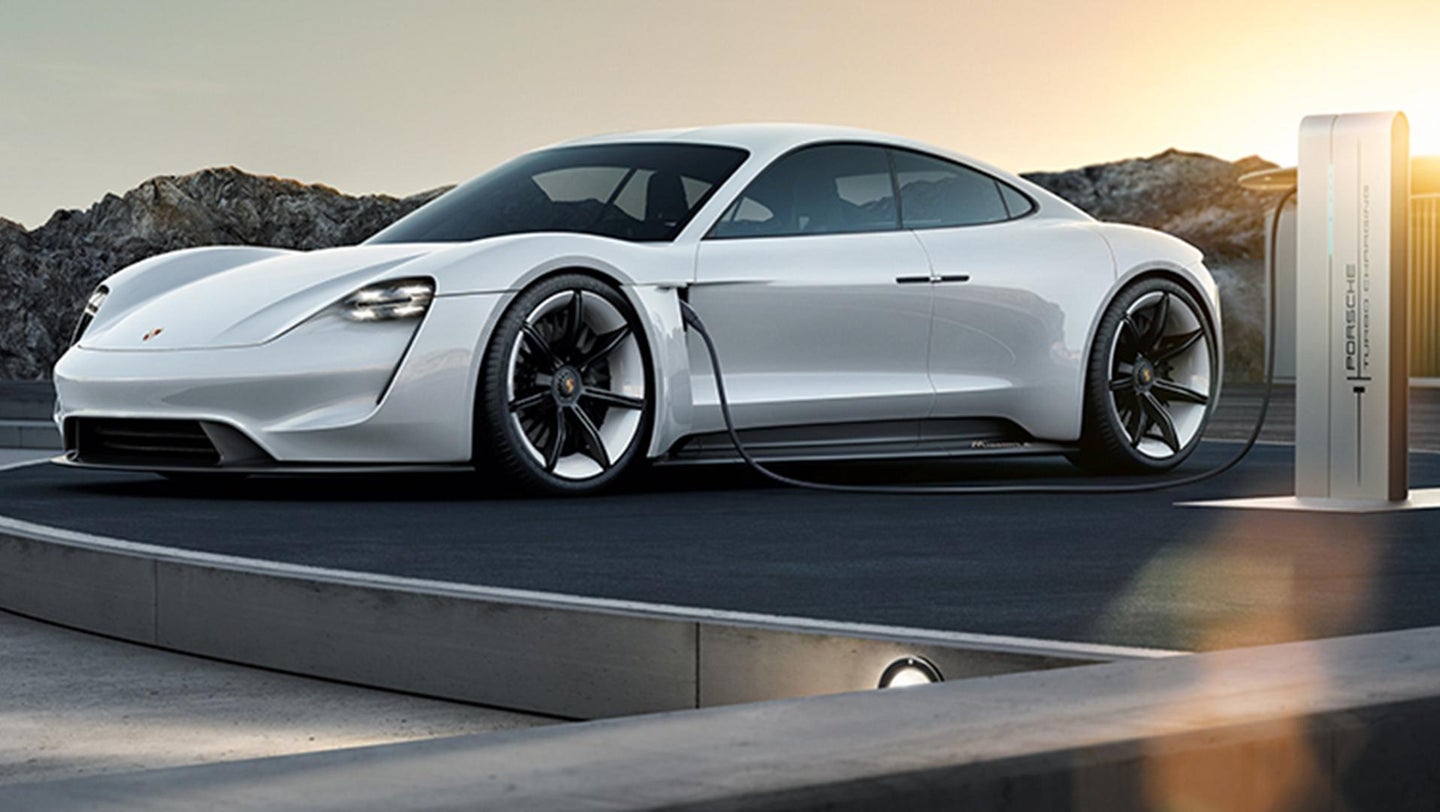 In an effort to boost its growing image in China, Porsche has dropped some more hints at the Shanghai Auto Show about expanding its line of electric vehicles. Chinese emissions regulations are about to become much more strict, and Porsche apparently sees that as an opportunity. China’s goal is to implement regulation equivalent to Euro 6 standards—the toughest in the world—to its major cities starting in 2018, with Euro 5—comparable regulation going into place this year.

Porsche is being proactive since it wants to keep up its strong momentum in China. China—the largest auto market in the world—really likes Porsche SUVs and the Panamera, so it's proudly showing off the plug-in hybrid Panamera at the Shanghai Auto Show.

Porsche boss Oliver Blume sounded enthusiastic in telling Bloomberg, “It’s more than just the need to comply with rules. We find the technology as such interesting, as electric cars allow a very sporty driving experience, which fits well with the core value of our brand.”

So it’s a win-win for Porsche to expand its EV effort. Pioneers like Tesla have shown us the incredible performance capabilities of electric cars, and Porsche is eager to take advantage of what electric cars can do that internal combustion cars can’t. The purists might not like it, but they also didn’t like it when Porsche started selling SUV—and that move might have saved the brand.

As the brand with the highest profit margins in Volkswagen’s stable, there’s a lot riding on Porsche. With the right execution, pushing Porsche EVs in China could be a big help to Volkswagen’s global public image and bottom line.

The long-wheelbase Porsche sedan has thus far only been available in AWD variants.