The Chinese automaker’s Model K-EV is headed to the Shanghai Auto Show. 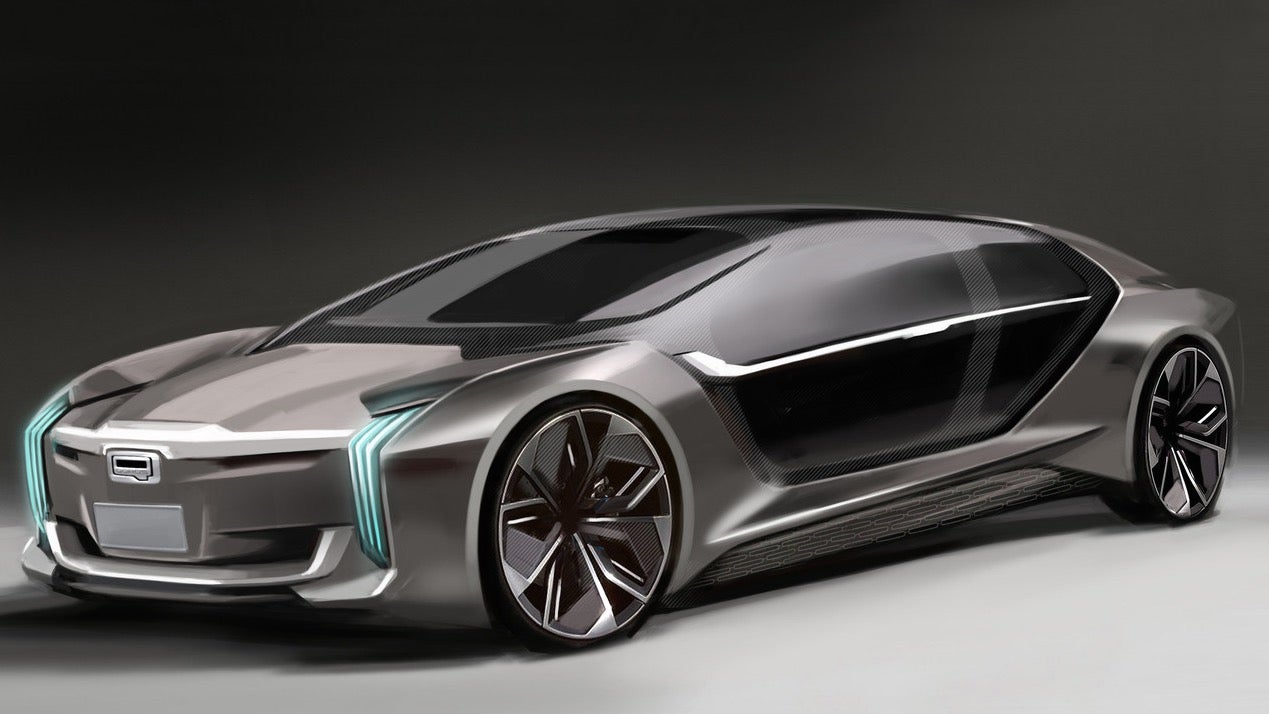 That production model probably won't have styling quite as extravagant as the concept, however. Among the highlights is an asymmetrical door arrangement that puts a gullwing door on the driver's side, and slightly more conventional doors on the passenger's side. The front passenger's side door has a double-hinge system that lets it open outward or horizontally. The rear door is on sliders, to aid ingress and egress, Qoros says.

The concept features what Qoros calls "Clever Carbon Cabin" technology, which is the carmaker's way of saying it used a lot of carbon fiber in the car's construction. Qoros did not offer many technical details, but it did say the Model K-EV uses an all-wheel drive system based on the setup from the Koeingsegg Regera plug-in hybrid supercar.

This isn't the first time Qoros has teamed up with Koeingsegg. The Chinese firm borrowed the cam-less engine technology of Koenigsegg subsidiary FreeValve for a concept car, called the QamFree.

Qoros says it plans to launch a production electric car based on the Model K-EV in 2019. While the company has focused mainly on internal-combustion cars so far, it has plenty of incentive to start getting serious about electric power. Thanks to generous government rebates, electric car sales in China are booming. The country also plans to enact tougher fuel economy standards over the next few years, which some automakers believe will require much larger amounts of electric cars and hybrids to meet.