Does this mean Williams is planning its own electric car? 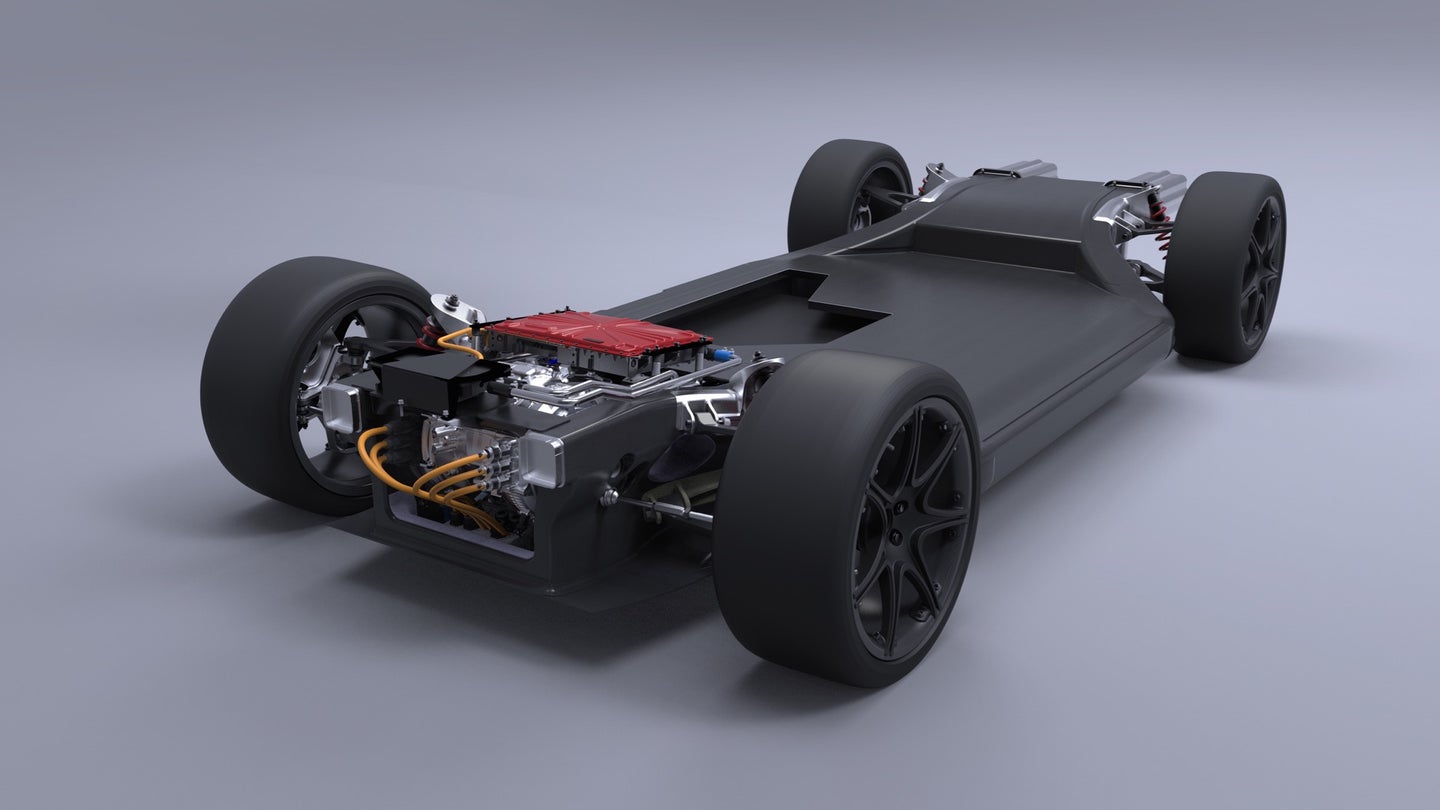 Williams Advanced Engineering, the engineering arm of the Williams Formula One team, is about to display a concept for an electric car platform at the Low Carbon Vehicle Show in Great Britain. Dubbed FW-EVX, the design is basically a rolling chassis that could form the basis of a future electric car. The platform is not only designed around an electric powertrain, but was created with an emphasis on weight reduction and sustainability, according to Williams.

The design features an "exoskeleton" that allows the battery pack to contribute to overall structural rigidity. It also features composite suspension components that Williams claims are 40 percent lighter than conventional aluminum wishbones, and are manufactured using a "highly-automated, zero-waste process," the company says.

Williams hopes its design will make electric cars more attractive to customers, and in turn, reduce emissions. The company did not discuss any plans to manufacture an electric car itself, or to license the FW-EVX platform to an automaker. But it did note that the platform is scalable, allowing it to potentially underpin many different models.

While it hasn't taken the same leap into road cars as fellow British F1 team McLaren, Williams was heavily involved in the development of the stillborn Jaguar C-X75 hybrid supercar. Williams Advanced Engineering also supplies batteries for Formula E's electric race cars. If nothing else, the company's experience with electrified powertrains will likely prove useful as automakers rush to lower emissions.