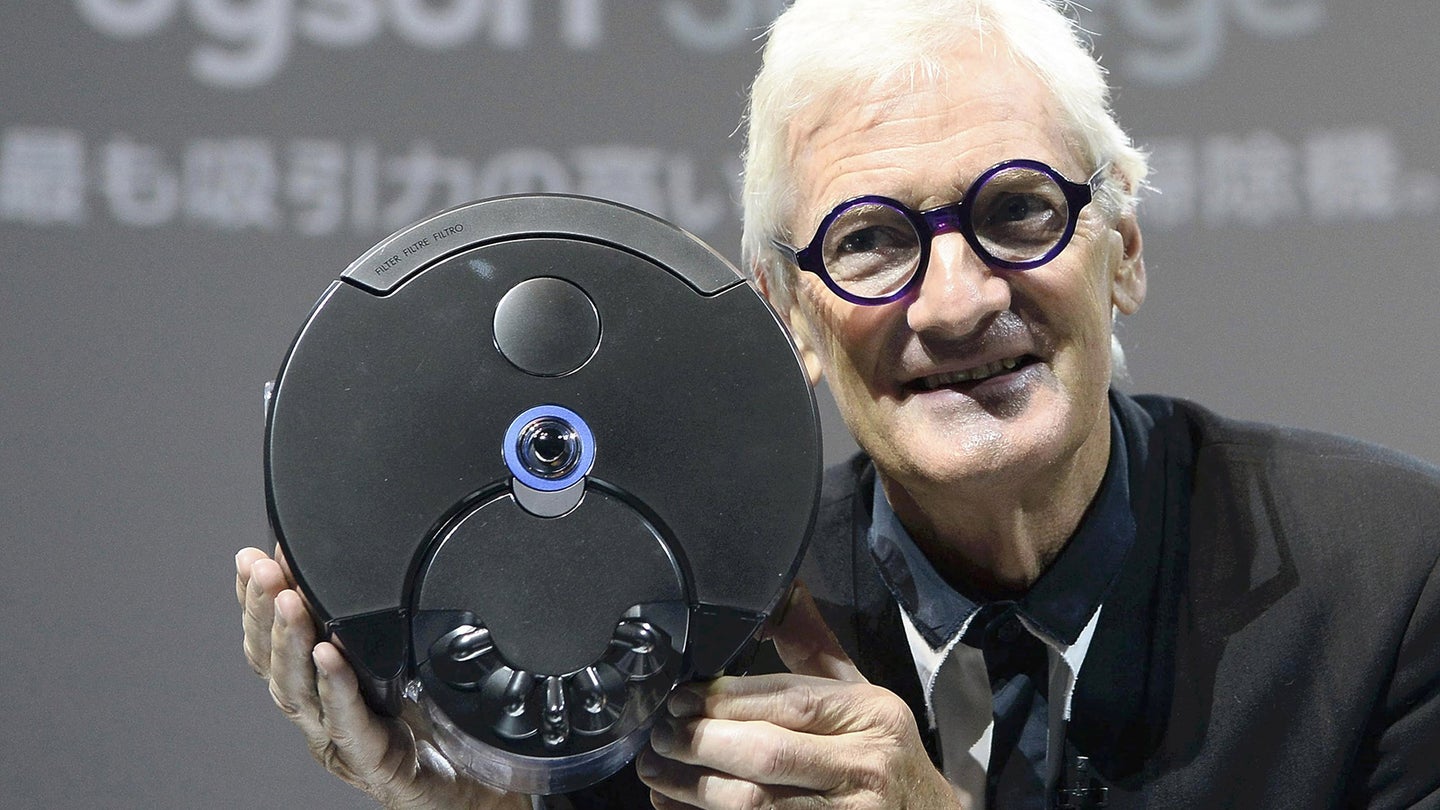 This just might blow us all away. British company Dyson—yes, the folks who make those expensive ball-hinged vacuum cleaners and the first bathroom hand dryers to actually dry your hands—has declared it will be spending £2 billion, or around $2.7 billion at current exchange rates, to develop and build electric cars in the United Kingdom. And the company plans to launch its EV by the end of the decade.

Half of the £2 billion investment will go directly to funding the development of the new EV, according to multiple

sources, while the other half will go towards new solid-state battery technology designed to power both electric cars and other devices. The company has already hired 400 employees to work on the project.

Founder James Dyson announced the plans on Tuesday in an email to the company's workers, which Dyson (the company) then posted on Twitter. In it, the company's creator cited his long history of seeking to find ways to combat air pollution—dating back to the development of an exhaust filter the company began working on more than 25 years ago—as well as the innovations in electric motor technology, fluid dynamics, and energy storage the company has whipped up along the way.

"We finally have the opportunity to bring all of our technologies together into a single product," he wrote. "Rather than filtering emissions at the exhaust pipe, today we have the ability to solve it at the source."

The announcement doesn't come as a complete surprise. Back in 2016, documents released by the British government revealed Dyson's plans "to develop a new battery electric vehicle at their headquarters." The company provide no comment at the time, however, and has remained close-lipped about the project until today.

But now, it seems the company's eponymous founder is more than happy to discuss his plans. The EV has been under development for about two and a half years, Dyson (the man) told Auto Express.

“We don’t have an existing prototype, and what we’re doing is quite radical so there’s not an existing chassis that we can use,” he said to AE.

The Dyson Car, he said, won't be a sports car, but it also won't be an lower-end vehicle like the Nissan Leaf. Expect the EV to stand apart from traditional cars in much the same way Dyson's vacuum cleaners stand out from the crowd at Sears, as well. “There’s no point in doing one that looks like everyone else’s,” he told Auto Express. “We’re not in that business. You’ll have to wait and see. We’re trying to be radical.”

And much like Elon Musk's Tesla, which has used proprietary platforms for its cars ever since it consigned the Lotus-based Roadster to the history books, Dyson will more or less go it alone. "I didn’t see what an existing manufacturer could offer us,” he said, citing the general reluctance most carmakers have had for EVs up until the last couple years.

With everyone from Audi to VW planning to dive into the electric car world in the next few years, however, it seems likely Dyson will be entering into a far more competitive market than Tesla did with its early EVs. Still, considering we're still a little amazed every time we use one of those hand dryers...we're interested to see what the company creates.