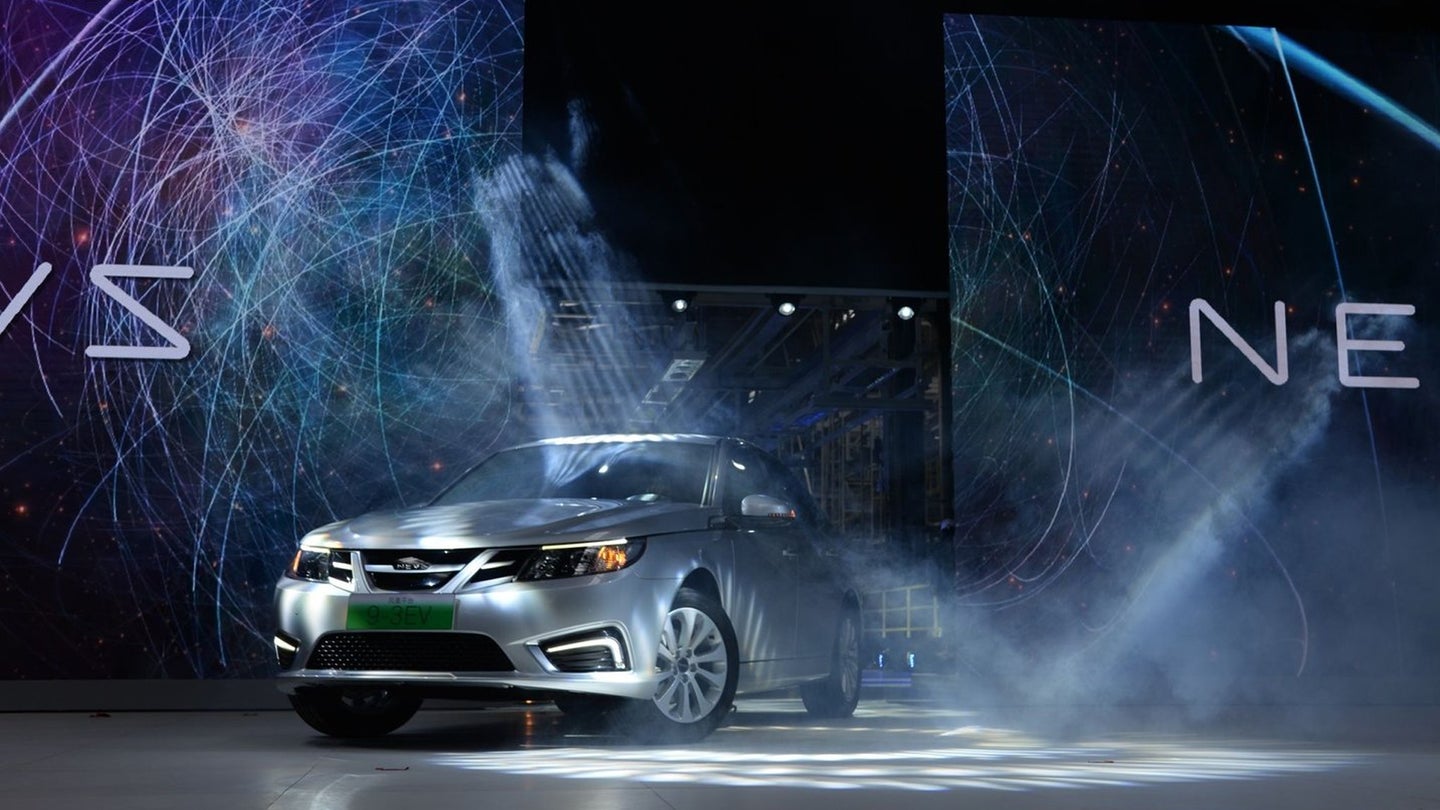 We knew that SAAB's Chinese-funded successor, National Electric Vehicle Sweden (NEVS), was going to reincarnate the much-loved 9-3. As of Tuesday, the manufacturer officially gave the word that its 9-3 Electric has made its way from development to rolling off the production line as the first brand new electrified unit.

NEVS is splitting its electrified project out into two distinct phases to linearly ramp up production. During Phase I, the project will be at capacity for producing 50,000 electric cars annually. However, during Phase II, the automaker plans to be scaled enough to produce around 220,000 units each year. Specifications regarding the vehicle have strangely (though likely market-related) focused on the technology and superior cabin air filtering of the vehicle, and not so much the technical specs that one might expect to see with a vehicle release.

NEVS did mention that the 9-3 has a 300-kilometer range (185 miles), which isn't all that unexpected given that the 9-3 was first a gasoline-powered car and was not designed with large battery storage in mind. Fortunately, the 9-3 is intended to be used in urban environments for ridesharing, so given that many manufacturers are focusing on urban charging expansion, it likely won't be far from a vehicle charger at any given time.

The auto manufacturer will be using technology not only from its Swedish heritage but also via some technological know-how from its Chinese backing. This means that development will not just stop at electrified cars, but will also work closely with Chinese ride-sharing company DiDi Chuxing to develop autonomous vehicles for various needs.

Much like another Chinese-backed, Swedish, electric-driven car manufacturer (cough, Volvo), NEVS also intends to push out a business plan which allows customers to use the company's cars, even if they aren't purchasing them outright. This subscription-based model has been the new hot topic of other manufacturers, including Cadillac, Ford, and Porsche. Alongside this subscription model, certain cities will also become part of NEVS' mobility pilot program. Not much is known about this pilot program other than the fact that it will involve some form of ridesharing and the 9-3.

NEVS has also previously mentioned agreements with other EV leasing companies for as many as 150,000 vehicles, valued at $12 billion. The manufacturer has also struck a deal with the Turkish government to use the intellectual property rights for the 9-3, possibly to aid in its search for a homegrown electric car.

Some Fine Man Built His Own Electric Saab 99

This makes a strong case for American, er, Finnish ingenuity.