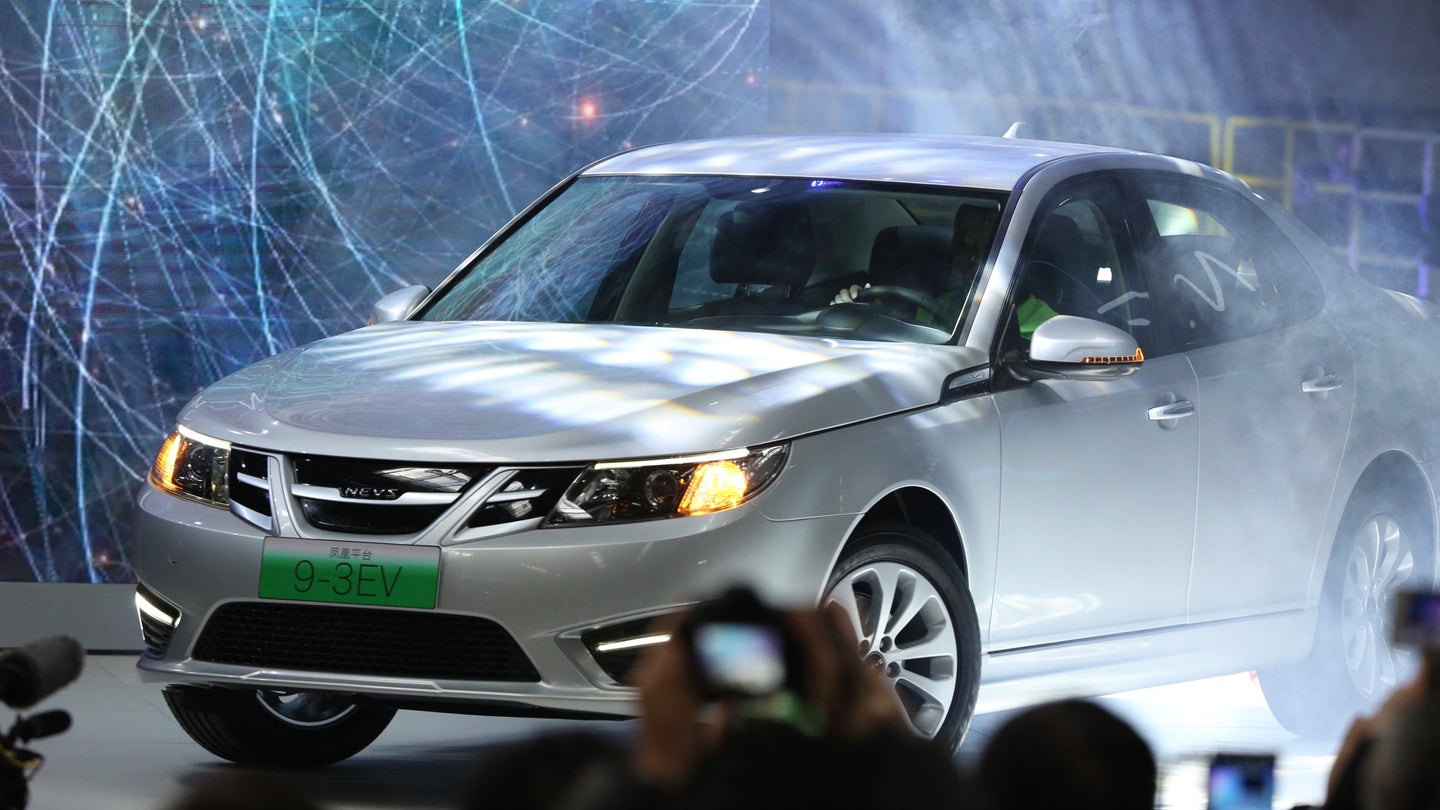 China's Evergrande Group, a major investor in electric-car startup Faraday Future, has bought a majority stake in NEVS, the Chinese-backed company that bought the remains of Saab in 2012 after the Swedish automaker's bankruptcy.

Evergrande bought a 51-percent stake in NEVS valued at $930 million. The remaining 49 percent of shares are owned by companies controlled by NEVS founder Kai Johan Jian.

NEVS, short for National Electric Vehicle Sweden, owns the former Saab factory in Trollhättan, Sweden, as well as the rights to some of Saab's old designs. However, it doesn't own the right to the Saab name, which currently rests with the Saab aerospace company. In 2017, NEVS unveiled an electric version of the last Saab 9-3 with a claimed 185-mile range, to be sold under the company's own brand name.

In addition to the original Saab factory, NEVS has a factory in Tianjin, China, and is building a third in Shanghai. The company has also discussed building a second model, likely based on the old Saab 9-3X. But development of the electric 9-3 took a fairly long time (the first prototypes were shown in 2014). A cash infusion from Evergrande could help speed things up.

Evergrande's foray into the auto industry got off to a rocky start with Faraday Future. In 2018, Evergrande agreed to invest $2 billion in Faraday, which was struggling financially. But the two parties quickly disagreed over the terms of payments, and Faraday tried to sever ties with Evergrande. Without a replacement source of cash, Faraday began laying off employees as it fought the Chinese investment giant.

The quarrelers eventually worked things out. In December, Evergrande and Faraday reached a deal to restructure the investment. As part of the deal, Evergrande will reduce its stake in Faraday from 45 percent to 32 percent, and Faraday has the option to buy that stake back in five years.

Faraday is still working to get its first vehicle, the FF 91, into production. Rather than a revamped version of an old sedan, the FF 91 is a clean-sheet electric SUV with a claimed 1,050 horsepower and a 378-mile range. The FF 91 made a splash when it was unveiled at CES 2017, and even raced at Pikes Peak, but Faraday's various mishaps have delayed customer deliveries.