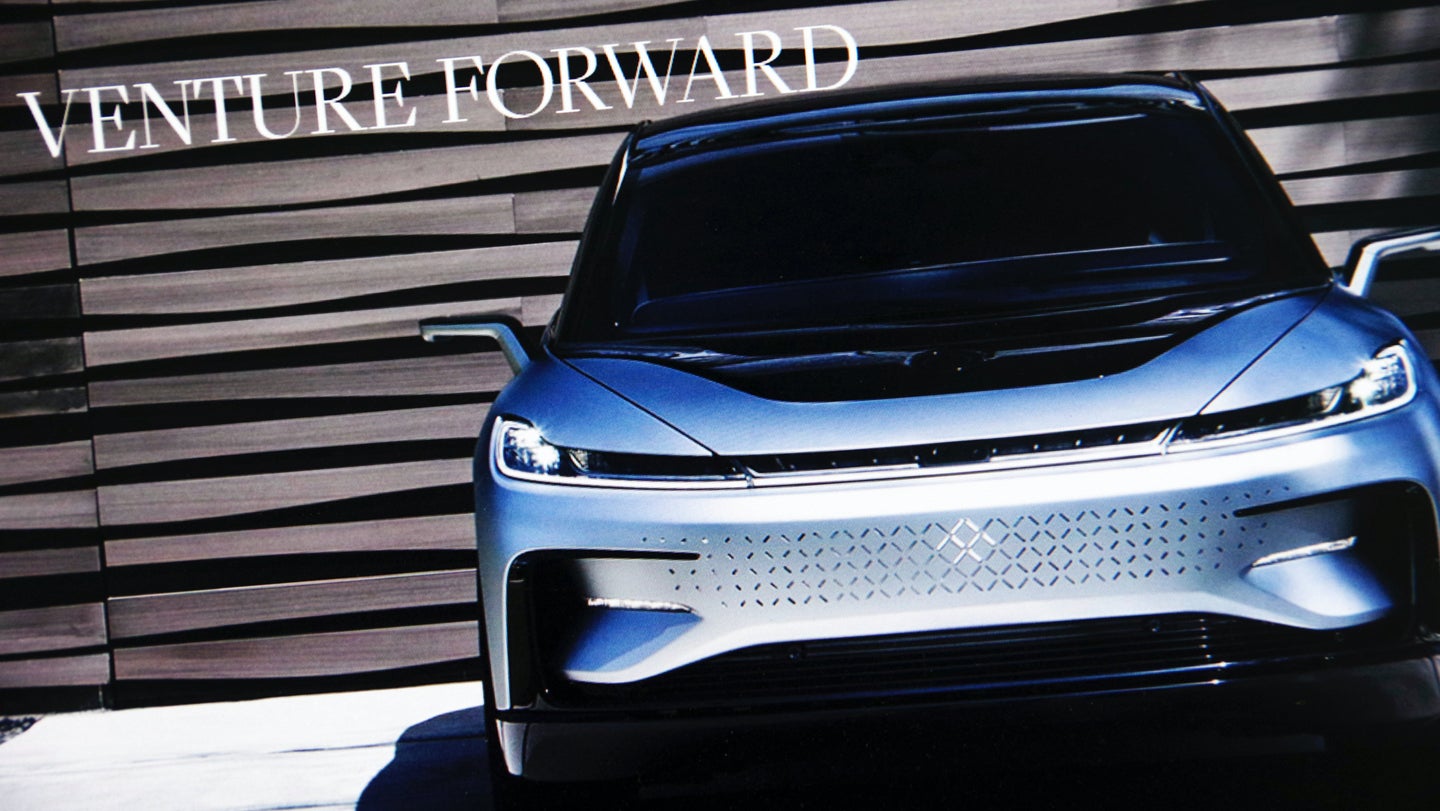 Lender Shanghai Lan Cai Asset Management Company Ltd. just wants to get paid, according to The Verge. The company owed 50 million yuan (about $7.25 million U.S.) to Faraday Future CEO Jia Yueting not for his car company, but for his streaming service LeTV. Now Shanghai Lan Cai Asset Management (or SLC for short) claims that Yueting never paid them back and is going through any means necessary—including a lawsuit filed Thursday in U.S. courts—to receive its cash.

In response to the lawsuit filed by SLC, a federal U.S. district judge in California placed a temporary freeze on Yueting's 33 percent ownership stake in Faraday Future as well as a protective order on the multi-million dollar mansions Yueting owns in California.

"Although Jia is reported to be an individual of immense wealth, his record of paying creditors—especially recently—is very poor," SLC's legal team wrote in the filing requesting the ownership freeze and protective order on Monday.

This is the second freeze on Yueting's ownership stake in Faraday Future in two weeks, The Verge notes, as debts Yueting stacked up from his previous companies are now making their way to the U.S. court system. Previously, Yueting has tried to transfer his ownership stake in the company as well as his homes to make them unavailable to use to pay his debts. Another investor has accused Yueting of setting up numerous shell companies to get out of paying for his debts.

SLC took their loan dispute to arbitration in China and won, but now filed a "petition to confirm arbitration award" in U.S. federal court, as they claim that Yueting hasn't paid up, and has no intention to do so. Yueting has been living in the U.S. since he took control of Faraday Future in summer 2017. He is also on a national debtor blacklist in his home country of China due to hundreds of millions of dollars in debt from his various companies.

U.S. District Judge S. James Otero, who granted the request to place a temporary freeze on Yueting's assets last Thursday, wrote in court documents that he is "very likely to confirm" the arbitration decision in China based on an international agreement called the Convention on the Recognition and Enforcement of Foreign Arbitral Awards, or the New York Convention for short.

SLC is seeking $11 million in restitution to cover the value of the loan plus interest. This could easily be paid back with the mansions alone if Faraday Future's legal team is correct. The Verge writes:

Lawyers for Faraday Future recently valued Jia’s stake in the company at $1.48 billion (based on the valuation generated by Evergrande’s $2 billion investment in late 2017), and the total value of the homes he owns is more than $20 million.

It's hard to believe Faraday Future is worth that much in its current state, however, as it has been at war with an investor once hailed as a potential savior for the troubled electric car startup, Evergrande. Faraday Future has made extensive layoffs and salary cuts this year after burning through $800 million from Evergrande by July, reports The Verge. More recently, Faraday Future has claimed that Evergrande is intentionally starving the company of cash after a deal to acquire a $700 million advance in funds from Evergrande fell through. Company operations have all but stopped in the meantime.

However, Yueting's 33 percent stake carries more voting rights than Evergrande's 45 percent stake, per The Verge. A seizure of Yueting's stake in Faraday Future would almost certainly give control of the company to Evergrande. Maybe that's when their so-called savior of an investor can really come through: when the CEO who led his companies into a massive pile of debt is out.