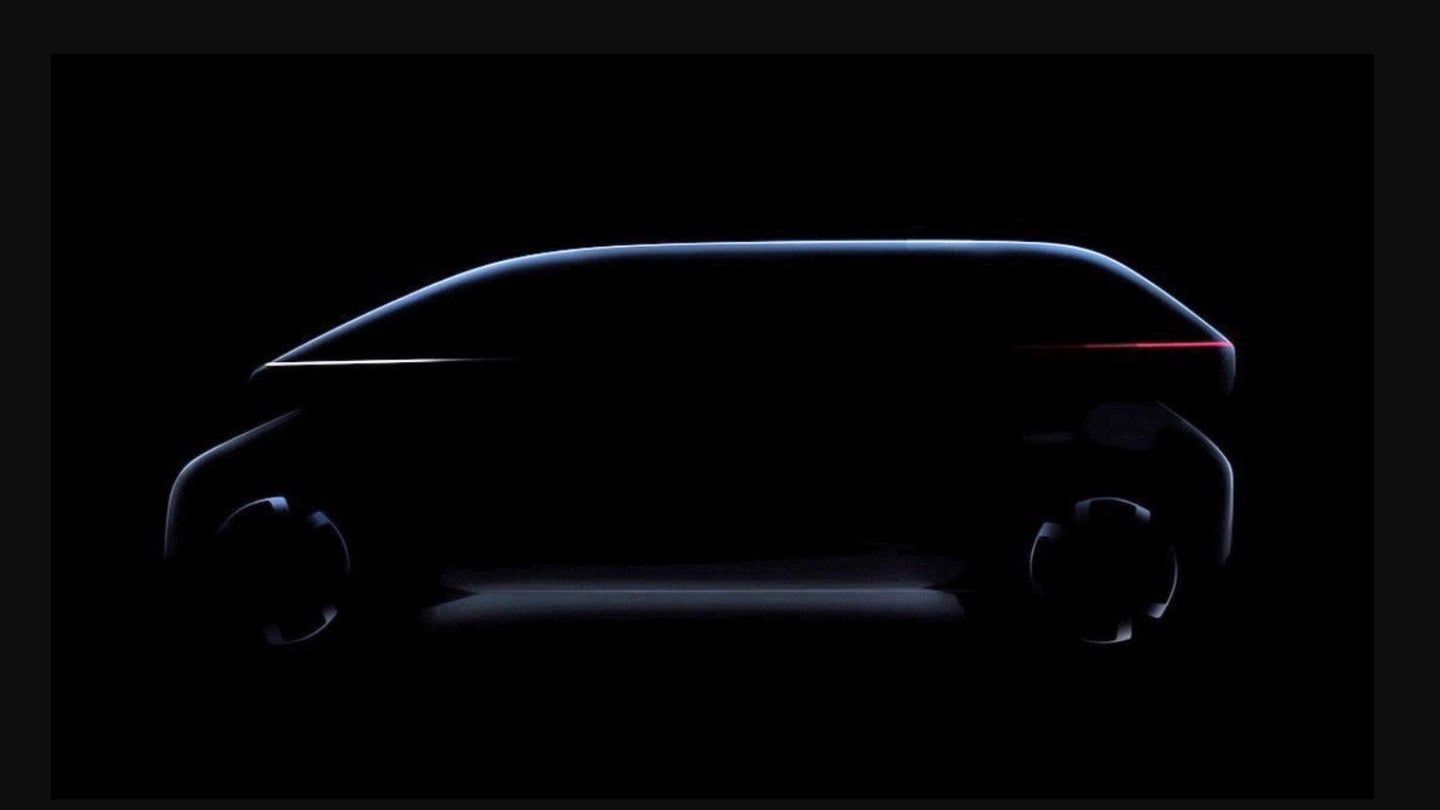 Faraday Future is still struggling to get its first electric car, the FF 91, into production. But the company is now working on a second model with Chinese gaming company The9Limited. The car will be called V9 and will be sold only in China.

A shadowy teaser image released by Faraday shows a minivan-like silhouette, but offers few other details of the V9's shape. Announced in March, the V9 isn't expected to go into production until 2020. Faraday will likely release a concept version of the car before the start of production. Faraday expects a new Chinese factory to churn out 300,000 cars over the length of the joint venture.

The deal between Faraday and The9 will give the automaker access to $600 million in cash, something it desperately needs. After a falling out with another investor—Chinese conglomerate Evergrande—Faraday has been short on cash, forcing it to lay off employees and sell off its California headquarters to stay afloat.

The9 distributes online video-game content in China. While online gaming is quite popular, it's unclear if the company will be able to bankroll the development and production of a car in the long term. Faraday hasn't had the best luck with former backers, as many previous reports will tell you. Prior to the dispute with Evergrande, the company struggled through the collapse of another major backer, Chinese tech company LeEco. Faraday initially relied on LeEco as its main source of capital, while LeEco hoped to use Faraday's know how to sell electric cars under its own brand name in China. LeEco founder Jia Yueting remains in charge at Faraday.

The Faraday Future FF 91 was unveiled to much fanfare at CES 2017 but still hasn't gone into production. Faraday originally planned to build a factory in North Las Vegas, Nevada but scrapped those plans in favor of the cheaper solution of repurposing an old tire factory in Hanford, California. The first pre-production FF 91 rolled out of the Hanford factory in August 2018, and Faraday claims additional vehicles have been undergoing testing over the past few months.

Despite its precarious financial situation, Faraday believes The9's cash could allow it to get the FF 91 into limited production before the end of this year. In addition to the FF 91 and V9, Faraday has said that a "mass-market" model called the FF 81 is also under development.