(That's probably why it's still for sale.) 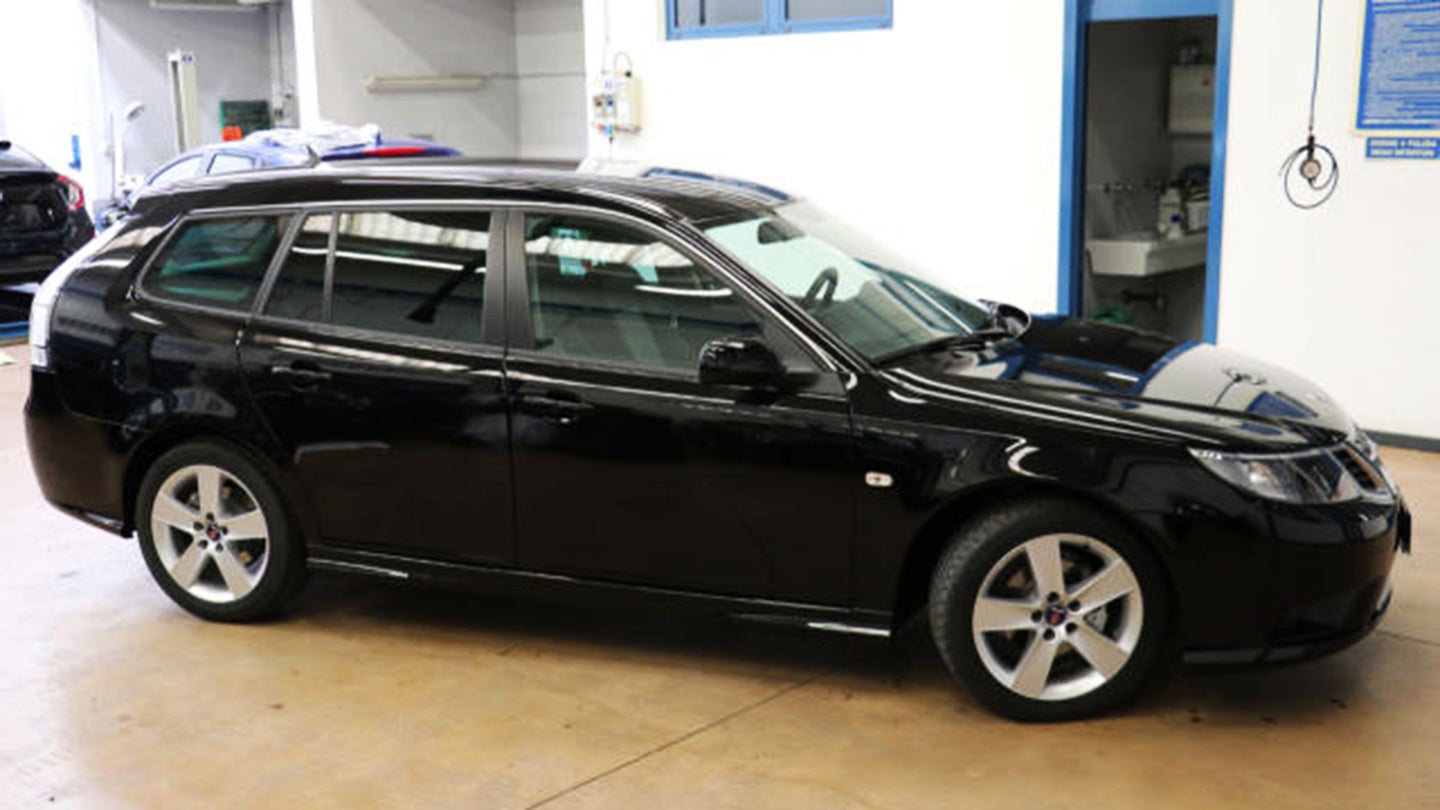 Saab: Born from jets, dead from corporate indifference. The world's been a slightly dimmer place since everyone's favorite Swedish oddball went bankrupt during the global recession in 2011, especially because after years of laboring away as a tiny fiefdom in the General Motors empire, Saab was finally back to making some interesting (and interesting to look at) cars in those final days. But it was a false dawn—and now you can relive it by buying the world's last "new" Saab, a diesel-powered, manual-transmission 2011 Saab 9-3 station wagon with 56 miles on the clock.

The chance to own a brand-new, seven-year-old car doesn't come around very often. That this particular car happens to be one of the last Saabs built in its Trollhättan plant before the company commenced its tortured death spiral is even more significant. That it happens to fill two of the three major requirements for automotive enthusiasts to care about something—it's a manual wagon, after all—makes it pretty much the ultimate farewell.

A Saab dealership in Pordenone, Italy (it's since expanded to Hondas) ordered the 2011 Saab 9-3 SportCombi back during Obama's first term. It was nothing special at the time, just a lower-level Vector trim with black paint, a manual transmission, and a 2.0-liter turbodiesel four-cylinder making 130 horsepower. But when all Saab production stopped in April of 2011 amid new parent company Spyker's mounting financial struggles, it appears the dealer decided to squirrel away its last unsold model until the time was right.

First spotted by CarScoops, the dealership's listing suggests that this is the last new Saab left in the world. There are other time-capsule Saabs, of course—the company's internal museum was one of the best—but we think this has got to be the last new one you can buy at a real dealership and finance like any normal car.

Its 90-kilometer (about 56 miles) odometer reading falls well within the range for delivery mileage, and its spotless condition and plastic-wrapped floors bear out the remarkable find. Everything is just so...Saab. The top-center double air vent. The console-mounted ignition next to the handbrake. The gigantic center speedometer in the gauge cluster. What we wouldn't give to see Saab in good health again.

Saab 9-3 production briefly restarted in low numbers in 2013 as a Chinese-funded consortium called National Electric Vehicle Sweden attempted to pick up the oddly-shaped pieces of a once-great automaker. Funnily enough, the cars were still gas-powered. But Saab's new chapter was short: NEVS also ran out of money, and when the defense company Saab AB decided to stop licensing the Saab name for use on NEVS cars, the group opted to just build and sell its own branded electric vehicles in China using the Saab 9-3 platform. Saab Automobile was officially, totally dead.

The $35,000 price for this quirky piece of history is actually a fine deal; the 2011 Saab 9-3 started around $30,000 in America, which would be an inflation-adjusted $33,727 today. We've seen worse markups. It makes the idea of actually using this wagon rather than waiting to cash in on its perceived collectibility all the more doable. That is, unless you're saving your pennies for a dead-on-arrival 2012 Saab 9-5 SportCombi, a few prototypes of which are still running around.