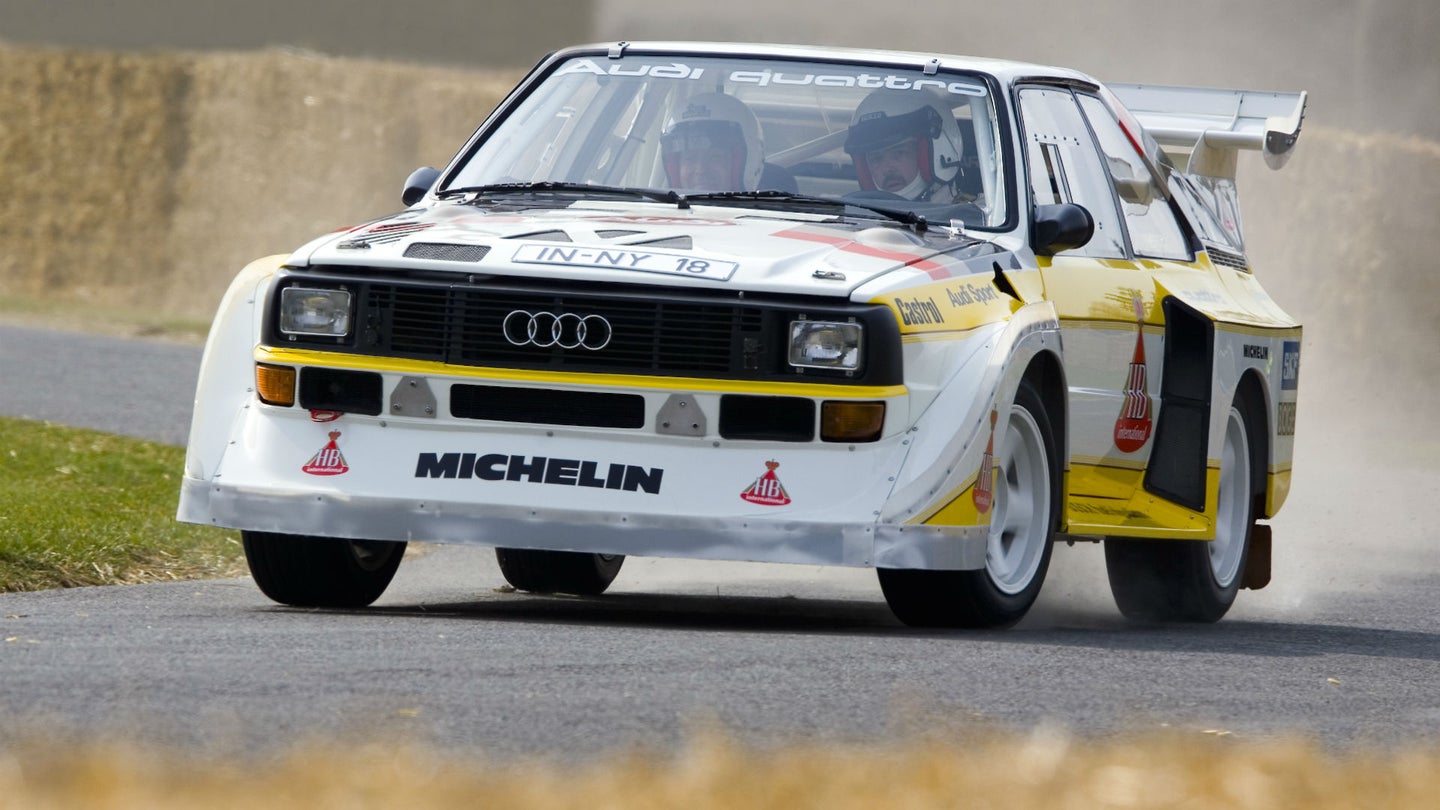 Few names make a rally enthusiast's hair stand on end like the Audi Sport Quattro S1.  The Quattro was Audi Sport's answer to Lancia's Group B domination in the World Rally Championship during the mid-1980s, and the first rally car to successfully utilize all-wheel drive, compared to the front and rear-drive configurations of previous winners. It remains one of rally's most influential and recognizable cars to date.

To celebrate Audi's big-winged behemoth, YouTube channel Italiansupercarvideo put together a tribute video to the gilded gecko. This 10-minute compilation only contains footage from legacy rally events in the past couple of years, but it shows that this can still tear up a hillclimb like it's 1985.

If the name itself didn't give you goosebumps, maybe the exhaust note from the Audi's turbocharged inline-five-cylinder engine will. The ultimate Quattro, the S1 E2, produced 591 horsepower and could reach 60 mph in 3.1 seconds with almost no turbo-lag, courtesy of a state-of-the-art air recirculation system in the turbocharger. A few Quattro S1s were also fitted with a "power-shift" gearbox instead of a five-speed manual, the grandaddy of Volkswagen's DSG dual-clutch transmission.

Thanks to this new tech plus a bevy of talented drivers like Walter Röhrl and Hannu Mikkola, the Quattro became acquainted with the World Rally Championship podium from 1980 to 1985. Even after Audi Sport retired from Group B, the Quattro S1 still racked up victories, with Röhrl winning the Pikes Peak International Hill Climb in one in 1987.

Relive the glory days of rally with this tribute to one of its all-time hits, which is still striking fear into the hearts of bystanders in 2018.