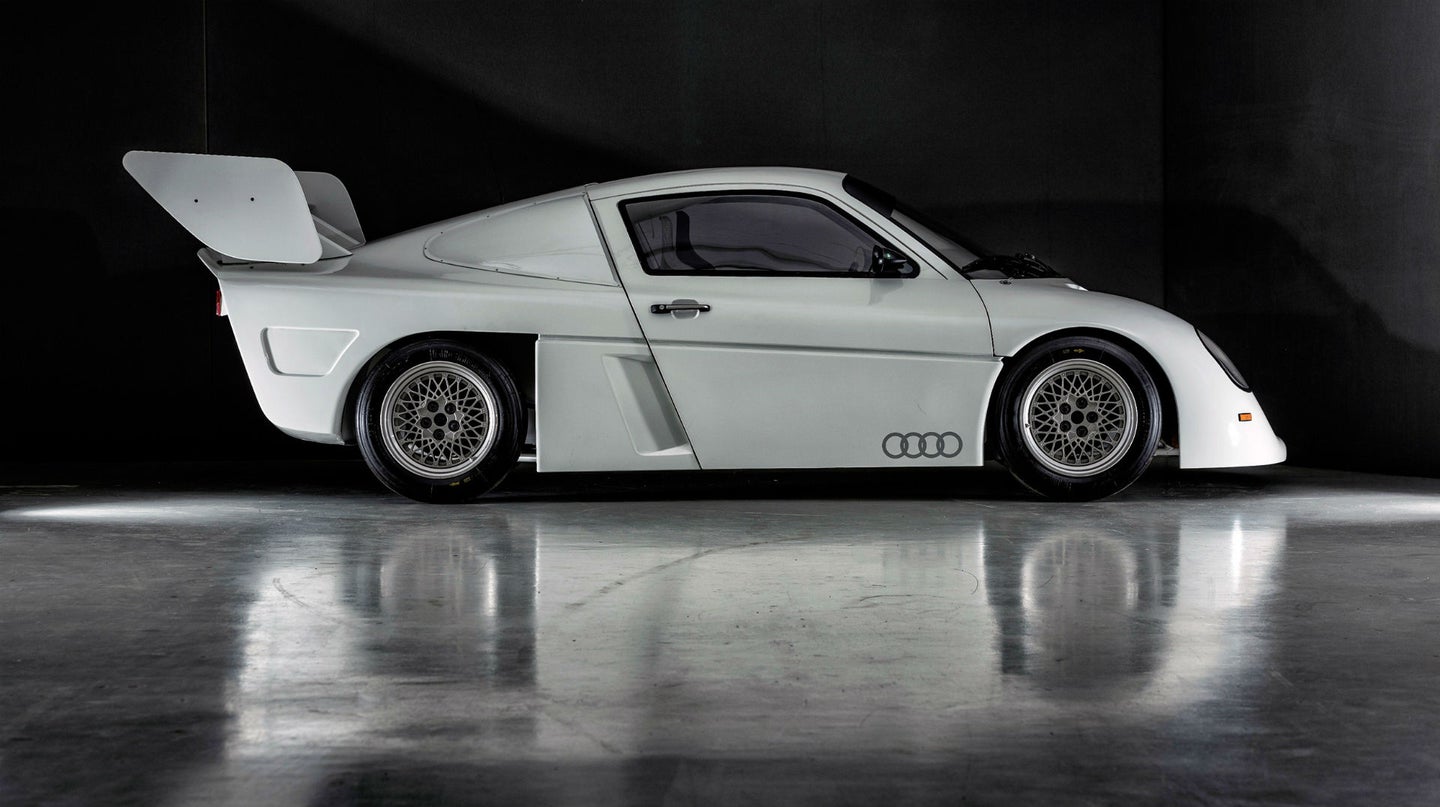 Audi had something in its skunkworks that could've created a lot of stench for its competition back in the 1980s. While the marque was out terrorizing the rally world with its giant-slaying Sport Quattro S1E2, it was quietly developing a mid-engined prototype to beat out the inherently more balanced Peugeot 205 T16 for the title. Little is known about the project, but recent sightings have put the RS 002 Concept on a pedestal that should've come to fruition when it was built originally. Thankfully, we now know a bit more about this 700-horsepower rocket that could've put a period at the end of Audi's Group B dominance.

Things started with the Sport Quattro, an improvement over the original model that amped up everything from power to agility. Though it was seen as a step forward, drivers were still frustrated by its lack of precision in comparison to its competitors. Famed Audi pilot Walter Rohrl supported that idea.

"We'd known for some time that the Sport Quattro was good on fast straights and fast corners, but the problem was the tight, slow corners—we had way too much understeer because there was too much weight in front of the axle. We saw from Peugeot that we needed to go mid-engined," Rohl said, according to Rally Group B Shrine.

So, Audi began building a car that would combine the brand's sturdy Quattro AWD system and its venerable five-cylinder turbo, both packaged in a lighter, more compact shell. The company's answer was the car seen here, though Group B was axed before Audi could put the car to the test in WRC.

It was a culmination of everything the team did so well—durability, innovation, and speed. The RS 002 Concept was a thorough definition of "Voorsprung Durch Technik", Audi's tagline that was popularized throughout the '80s meaning "Advancement Through Technology." Rohrl was thoroughly impressed, even though he only got to test it for a short time.

"I could tell straight away how much better it was," he recalled. "The road was just old asphalt—normal second-category roads, with a bit of twisty stuff and some fast sections. The impression I got was really good—as good as the Quattro Sport E2 straight away, in fact. Many times I've had cars which you have tested for 40 days to get to the same level as the old one. But this one was really impressive. The engine felt the same because it was just out of the Sport Quattro E2, but the handling made all the difference for me. It was so much better in the twisty stuff and it didn't get twitchy when the corners got faster.

But once the FIA put a stop to Group B after a string of accidents, the concept was hung out to dry. Since 1986, it's sat in the corner of an Ingolstadt museum without the opportunity to stretch its legs, wasted in the dust that it should've stirred instead of sulked in.

Some bits have leaked throughout the years after the prototype's retirement, but still few people know much of the project. All of the RS 002s that were "officially" built were demanded to be destroyed by Ferdinand Piech, but one example still remains despite his orders.

It was brought out to the Goodwood Festival of Speed this year, and although it wasn't the same as seeing it beaten through the European woods, it was a treat for all the rally fanatics in attendance. To think that Audi could've raced something even more capable than the S1 is resounding, but the disappointment of what came of Group B makes it all the more melancholic.