No brakes, no power, no parachute and the smoke is getting thick. What do you do? 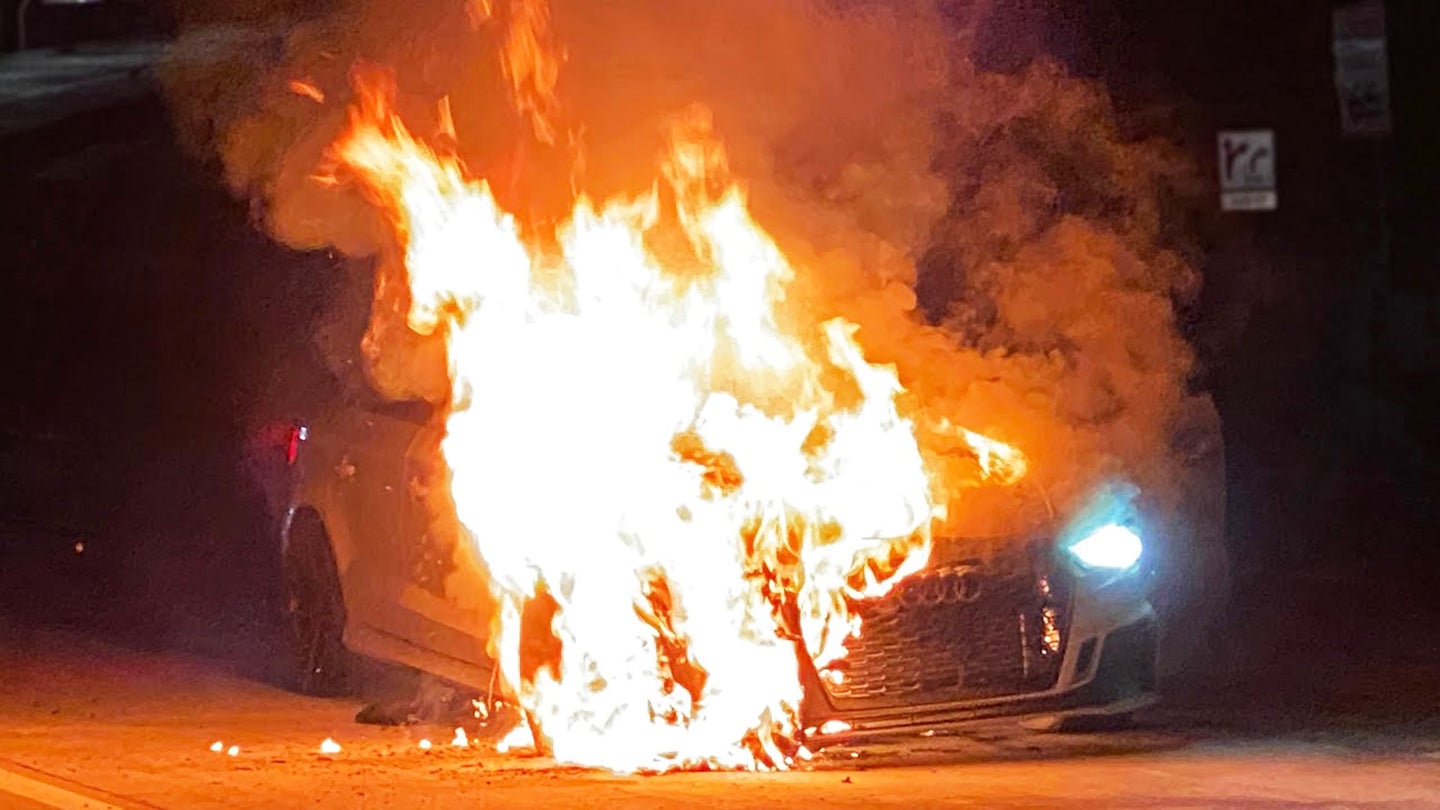 In case you needed further proof of the many dangers of street racing, this is a terrifying example of a perfect storm on a public highway. What do you do when your 1,100-horsepower Audi catches fire at 150 mph and immediately burns through its brake lines? Hold on for the hellride of your life, and pray that it ends before the smoke gets too thick.

The recent clip from 1320 Video on YouTube starts by introducing a home-built 1,100-hp Audi RS3 flexing a parachute in the back and hissing nitrous at the front. The start of the video shows the RS3 walk away from a McLaren 720S on a darkened highway and holds onto the gap against a 1,250-hp Nissan GTR. The trouble doesn't start until just after the four-minute mark when the RS3 makes another run against the 720S. We've cued in the video below.

Things go bad quicker than the Audi's 0-60 time as both the driver and cameraman sitting shotgun realize their last 150-mph blast set something on fire. The engine dies almost immediately as they're still coasting around a buck twenty, at which point the brakes fail too. That nifty drag parachute is still pinned with no chance of being deployed, and the electronic e-brake is also shot.

In short, the two guys find themselves in car that's being consumed by fire while still flying down a long, gentle downslope at triple-digit speeds. The smoke continues to thicken as the pair debate what to do; putting the Audi into the highway wall is brought up, but that increases the risk of being trapped. Car doors are opened, foot-braking is attempted, but it's still three long, panicky minutes before it finally comes to a stop, where both men have no idea whether the engine bay is about to explode in flames.

It seems they stopped just in time—less than 30 seconds later, fire leaps out from under the hood and quickly consumes the entire front end. It's absolutely a total loss, but one that could've come with mortal consequences had things gone a bit differently.

According to 1320video, It was later discovered that the fire was caused by a disconnected brake line that squirted black fluid over the heated brakes and ignited. Once the car stopped, the fuel line melted and coming torched the car. That's gotta sting.