The engine, chassis, cab and rear box all cover from a different vehicle found at fleet services. 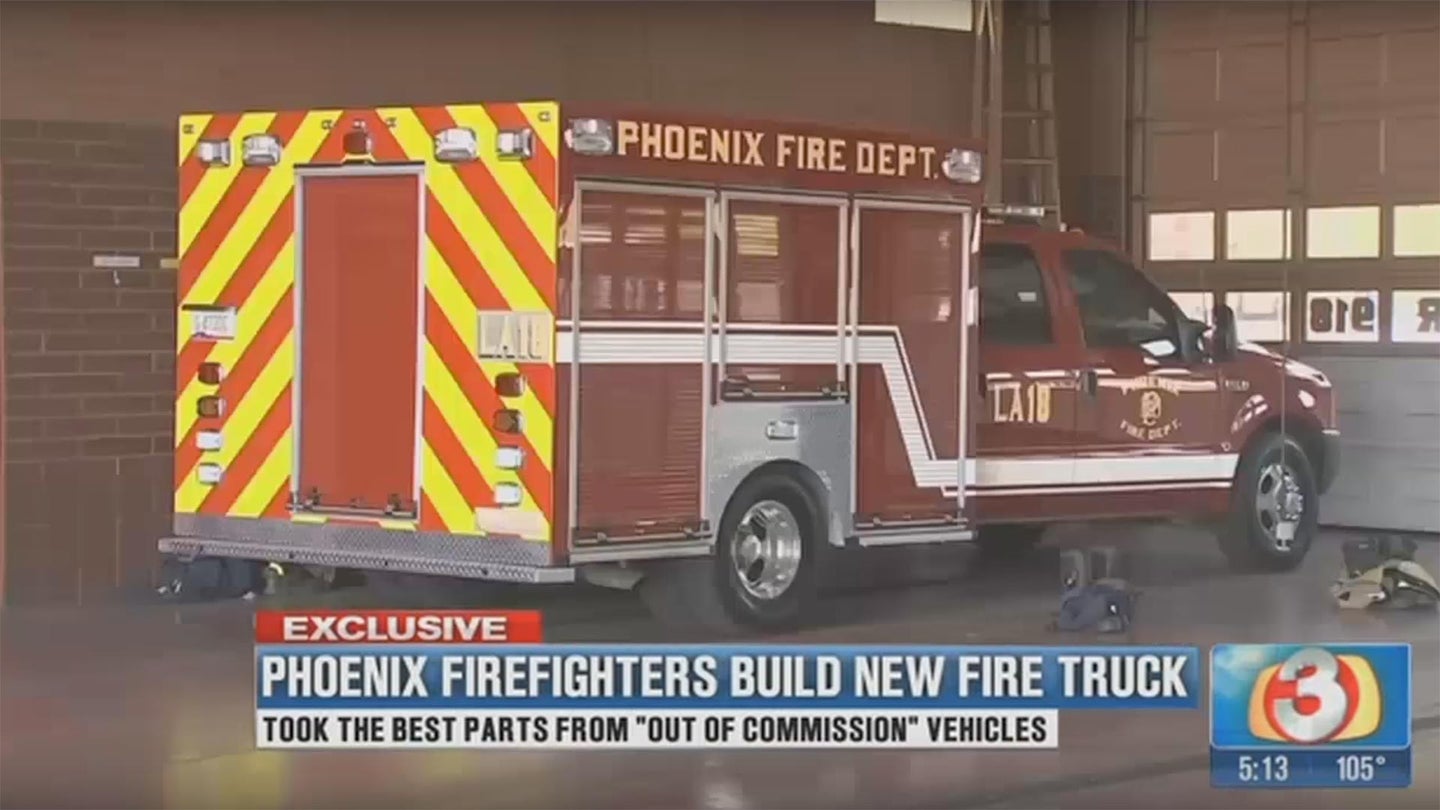 Phoenix Fire Department is pretty large, with a $298 million budget and over 1,900 employees. And it needs them all: In 2013, the Phoenix Fire Department responded to 171,975 calls. With 88 percent of those being medical emergencies, a full fire engine isn't always necessary to render top-notch emergency medical care.

Although Phoenix Fire Department operates 34 ambulances, additional manpower is often needed, so a second unit is assigned to a medical emergency. Station 18 is the busiest station in the department and the 13th busiest station in the country, with 18,565 runs in 2016. According to Captain Rob McDade, 80 percent of the station's calls are medical emergencies, most of which do not require the fire engine.

As the busiest station in Phoenix, Station 18 was desperate to spread out the load by adding a third engine. Unfortunately, budget constraints dictated otherwise. So instead of giving up hope, the firefighters of Station 18 turned to the scrap yard of fleet services and got to work. Using the chassis and cab of an old Ford F-350, Station 18 was able to make LA18 (Low Acuity 18). The Frankenstein vehicle has an engine from another unit that was in an accident and a rear box lying around the yard.

In spite of its odd origins, LA18 is fully equipped to handle any medical emergency. Since the resourceful unit has been put into service, Station 18 has seen a 30-second reduction in response time. (If that doesn't seem like a lot of time, go try to keep from breathing for 30 seconds.)

Even though this is fairly unique to see in larger departments, we're sure smaller departments, especially volunteer ones, have their fair share of refurbished/custom built units. If you know of one, let us hear more in the comments below.