The blazing trailer left a trail of fire more than 12 miles long. 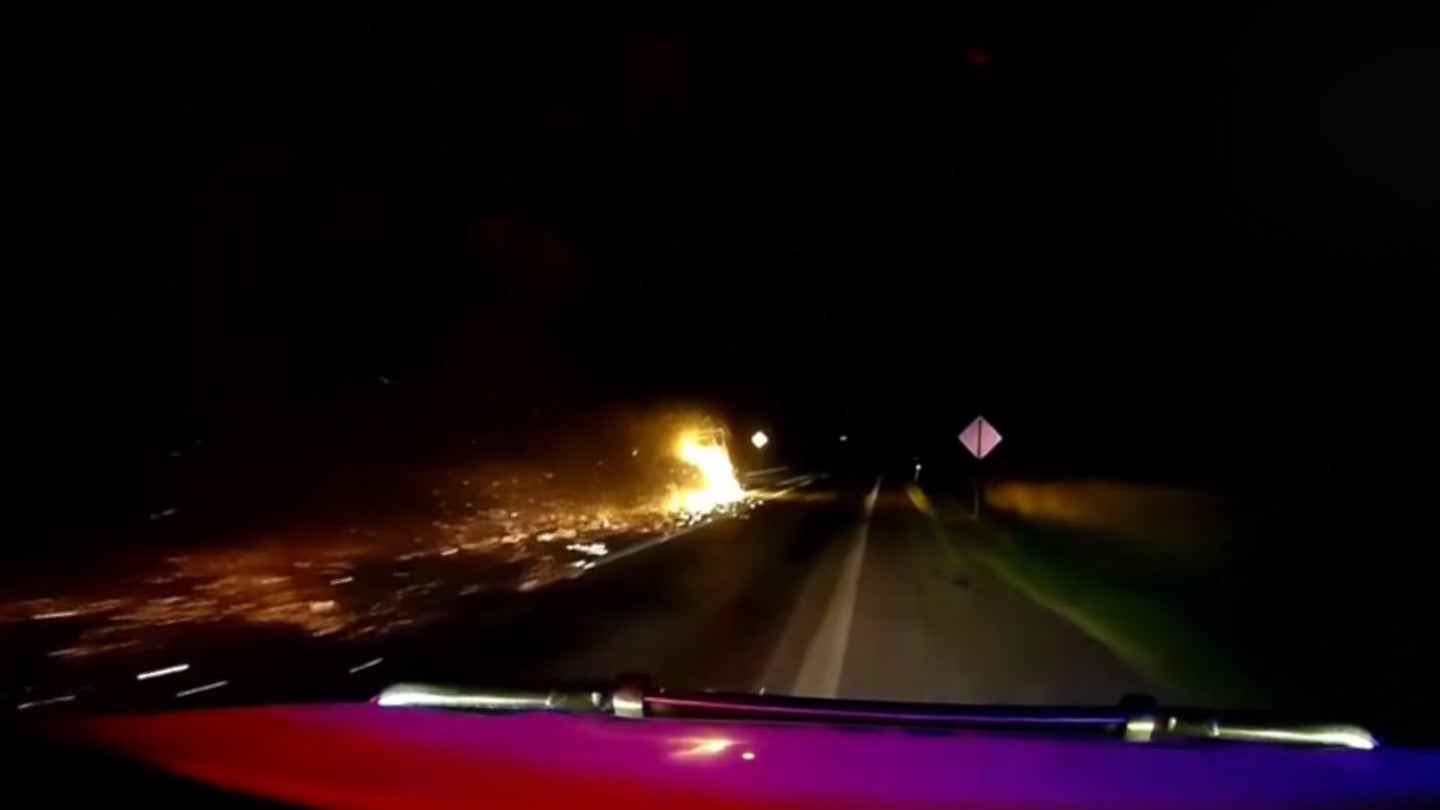 Imagine what was going through the Queensland, Australia police officer's head when he saw what appeared to be the open gates of hell pass by on an empty highway at 3:00 a.m. Jan. 18. The source turned out to be a trailer whose wheels had fallen off, which sparks had set ablaze, reported by The Courier-Mail.

The officer turned around to pursue the mobile inferno, but the driver didn't stop for quite some time. It is unlikely that he was trying to evade police. Rather, he probably simply didn't see the flashing lights through the even brighter fire on the trailer. Why the driver didn't pull over for the fire following closely behind is unknown. Perhaps it was a prototype external combustion engine? But the driver reportedly escaped unharmed and is cooperating with police.

Not all the facts on this case are clear, such as why the trailer had no wheels or how long it had been traveling without them. But the fire started approximately twelve miles back from the point where the car was finally stopped. That's how long the trail was of flaming debris and small brush fires started by it.

Some important lessons can be learned from this incident. For one, if your trailer catches fire, don't keep driving—it will only spread the fire further. Also, don't drive without all of your wheels.