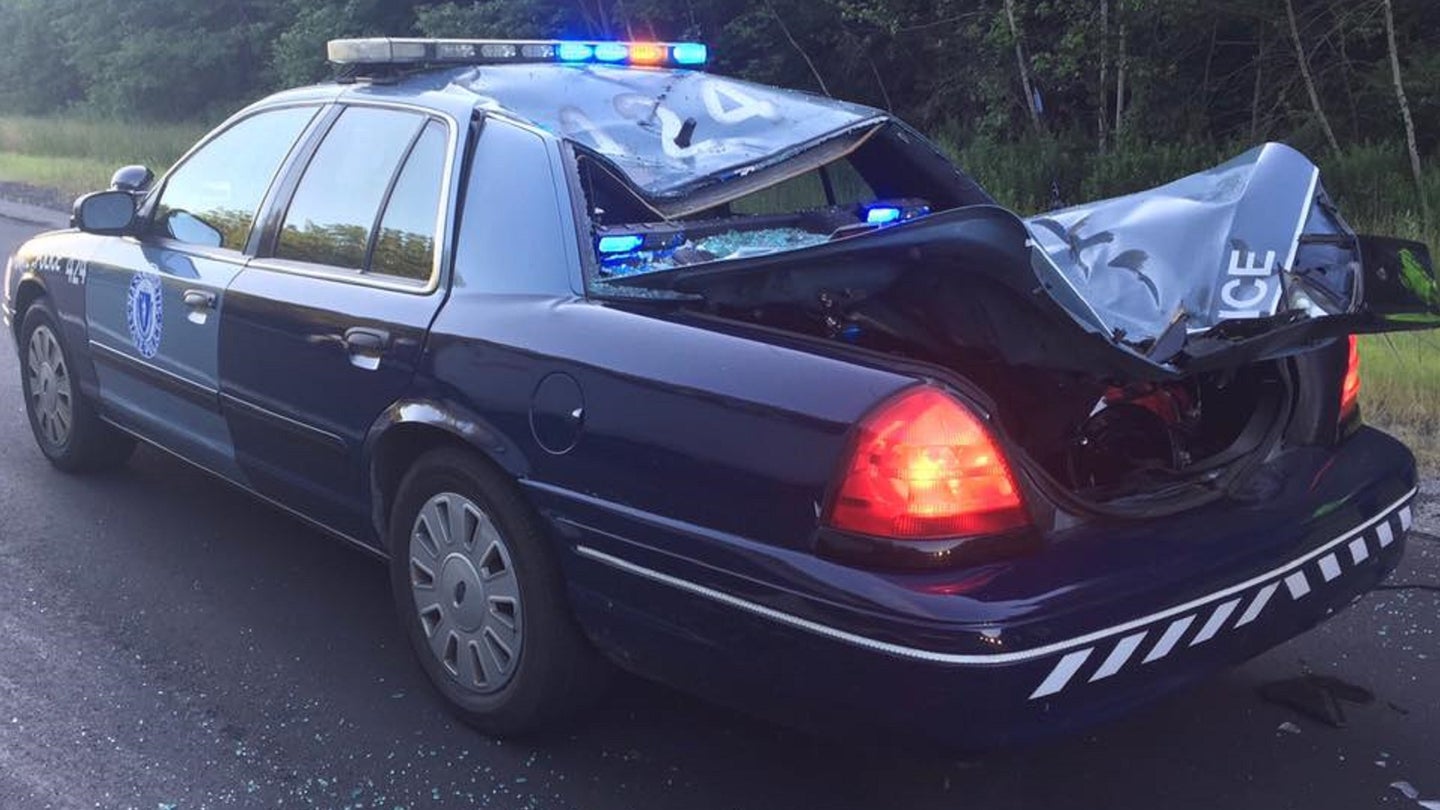 Massachusetts State Police are looking for information that may help the agency identify the owner of two wheels and an axle that detached from a truck and demolished the rear of a cruiser Monday morning. According to the MSP Facebook post, the incident occurred on Interstate 84 eastbound in Sturbridge, Massachusetts, between 5:20 a.m. and 5:30 a.m. Monday morning.

The assembly of two truck wheels and an axle fell off a tractor-trailer in a construction zone, hitting the cruiser and coming to a stop in the right lane afterward. Fortunately, no one, including the State Trooper, was hurt by the hurtling truck parts. This incident could easily have ended in tragedy. It occurred in a construction zone, which is why the trooper was there in the first place. The pictures show what the assembly did to the Ford Crown Victoria, a car that Ford tested to withstand rear impacts up to 70 miles per hour. Construction workers on the side of the road would likely not have survived being hit.

The truck did not slow down or stop after the incident, apparently unaware that it had just lost two of its wheels. This is not as impossible as it sounds, considering that a tractor-trailer typically has 18 wheels. It's entirely possible that the driver would not have felt the effect of two wheels and an axle separating from the truck since that corner has another two wheels to hold it up. Even though it's technically leaving the scene of an accident, the driver likely didn't even know it had happened. No doubt the driver got quite the surprise when he reached his destination and realized that part of his truck didn't.

If you have any information about this incident, contact Trooper Scott Shea at the Massachusetts State Police Sturbridge Barracks at 508-347-3352.