Last we checked, a smartphone light is not a DOT-approved headlight. 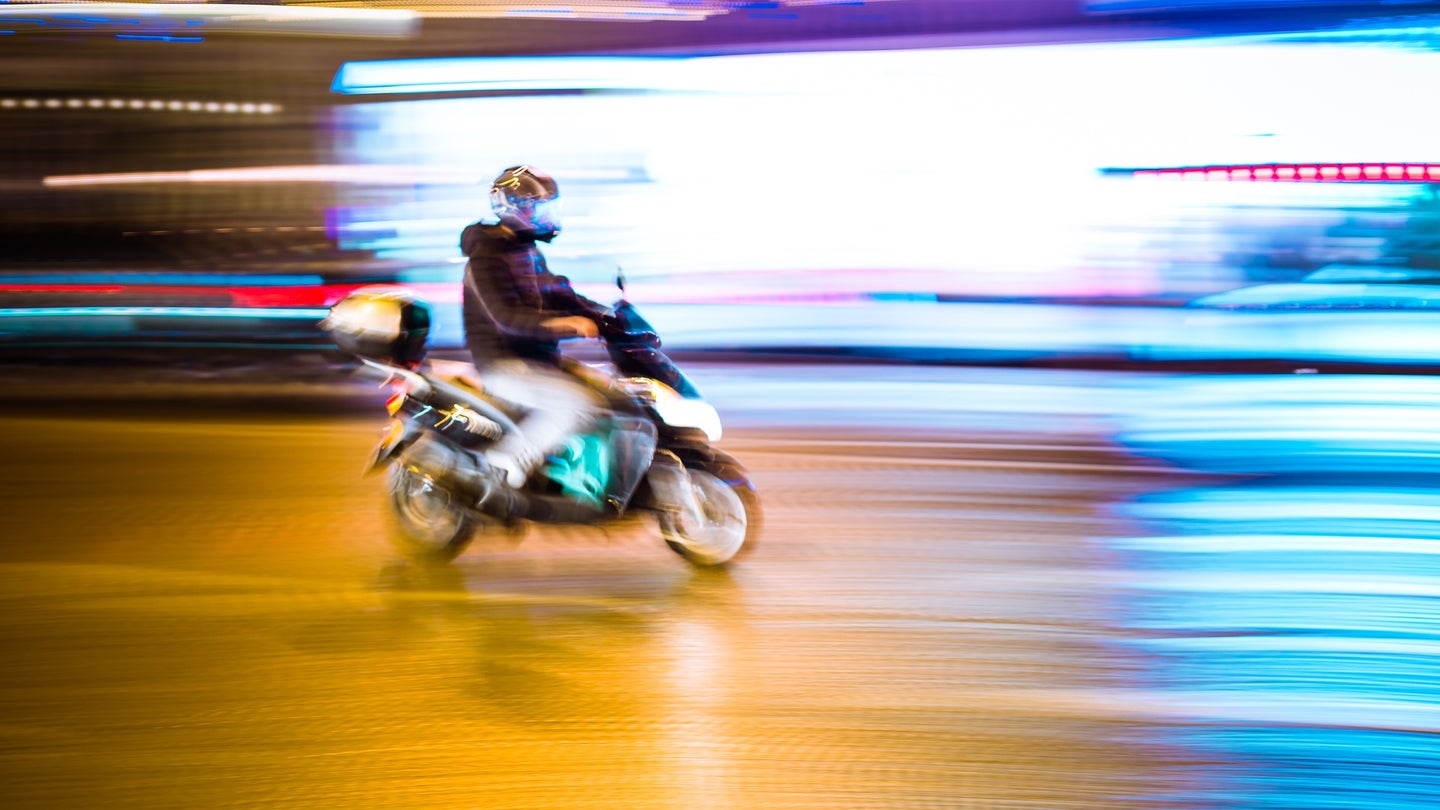 A man rode his scooter from New Bedford, Massachusetts to Maine on Friday night, but was eventually stopped by the Maine State Police in Kittery. The man had been using his cell phone as a headlight.

At approximately 1:22 a.m., Trooper Scott Harakles pulled over the scooter driver, who was traveling north on the Maine Turnpike, just across the border from New Hampshire. The scooter was unilluminated aside from the light on the rider's cell phone. Additionally, scooters and mopeds are banned from the Maine Turnpike and every other Interstate highway in Maine. The scooter was not registered. Although a motorcycle endorsement is not required to operate a scooter, the rider did not have a valid driver's license at all.

The Boston Globe reports that the man, who the police did not identify, was issued a summons for operating without a license and operating an unregistered vehicle. He was also given a warning for riding a scooter on the Maine Turnpike. Although the scooter was towed away, State Troopers were kind enough to give the man a ride to his intended destination, about 70 miles away.

Although we can't say for sure what route the night rider took, we can say that assuming he took the fastest possible route—including having no regard for laws banning scooters from highways—the man probably rode about 117 miles from New Bedford, on the southern coast of Massachusetts, to Kittery where he was finally stopped. This route would have taken him straight through the middle of Boston, which is no stranger to scooter shenanigans. It likely would have taken him much longer than the two hours predicted by Google Maps at a scooter's lower speed restrictions.