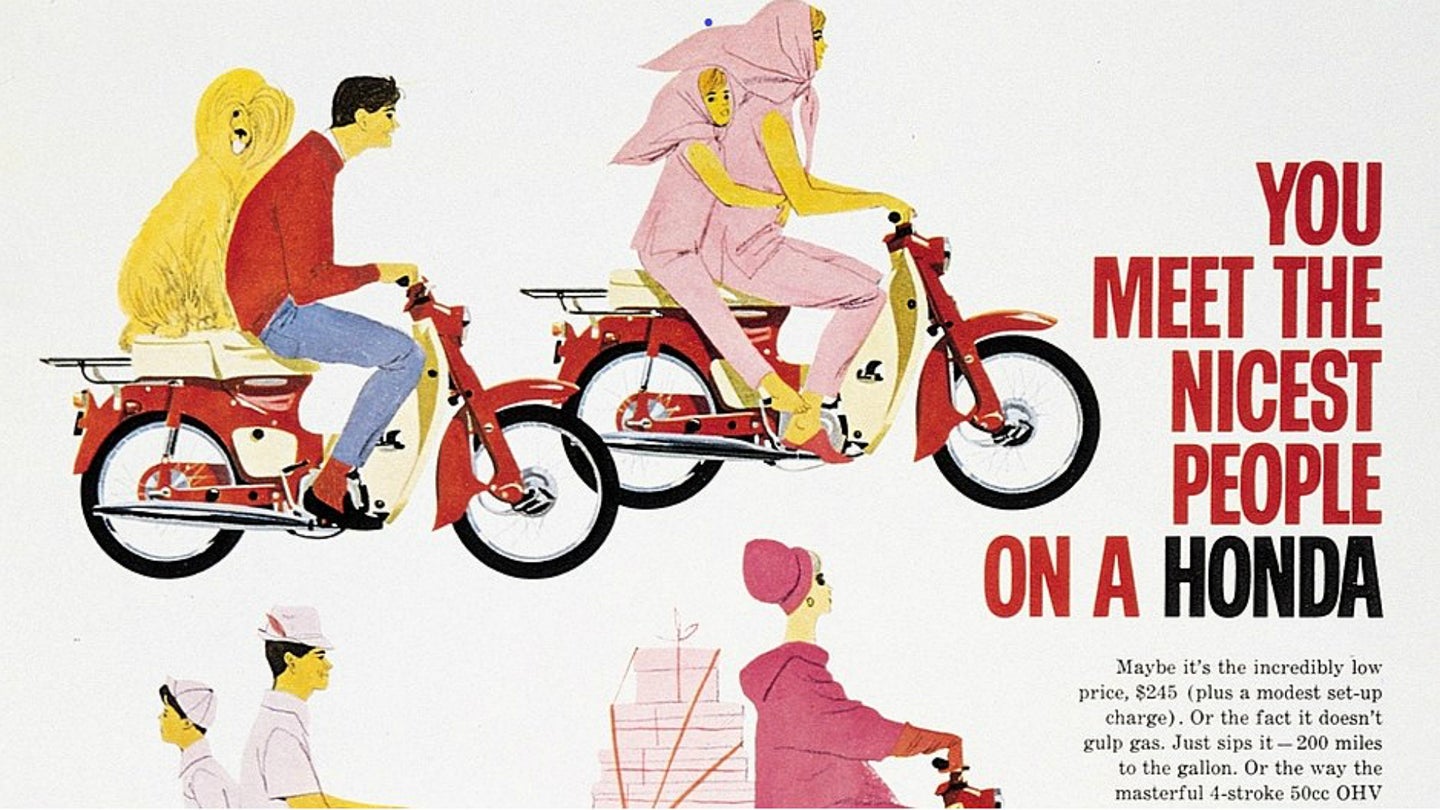 Honda's venerable Super Cub scooter has become the first motor vehicle to surpass 100 million production units. It is, by far, the most popular motorized vehicle in history.

Car and Driver announced that Honda's factory in Kumamoto, Japan produced the 100 millionth Super Cub last week. By comparison, the most manufactured car in history, Volkswagen's Type 1 Beetle, had a comparatively paltry 21.5-million unit production run by the time the last was manufactured in Mexico back in 2003.

Super Cub production began in 1958 in Japan, but in the intervening 59 years expanded throughout Asia and the rest of the world, including China, Nigeria, and Peru. Car and Driver noted that Honda made a whopping 40 million of the bikes just in the last eight years alone.

In 1959, the Super Cub became Honda's first American product, and did a stellar job establishing the brand's reputation. Initially called the Honda 50 on our shores, and later known as the Passport, the scooter became renowned for reliability and low operating costs, thanks in part to eye-popping fuel economy that could approach 200 miles per gallon. The bike's initial mill—a 4.5-horsepower four-stroke—could rev to an impressive 9,500 rpm and pushed the Honda to more than 40 miles per hour.

With a step-through scooter frame, weather-protecting fairings, a semi-automatic clutchless gearbox, and demure styling, the Super Cub/Honda 50/Passport was less intimidating than larger motorbikes. To further separate their bike from the hooligan biker image established in part by movies like “The Wild One”, Honda used a brilliant ad campaign created by Grey Advertising. “You meet the nicest people on a Honda” positioned the bike as something you could take home to meet your parents.