It’s just the carmaker’s way of making sure owners never wind up disappointed. 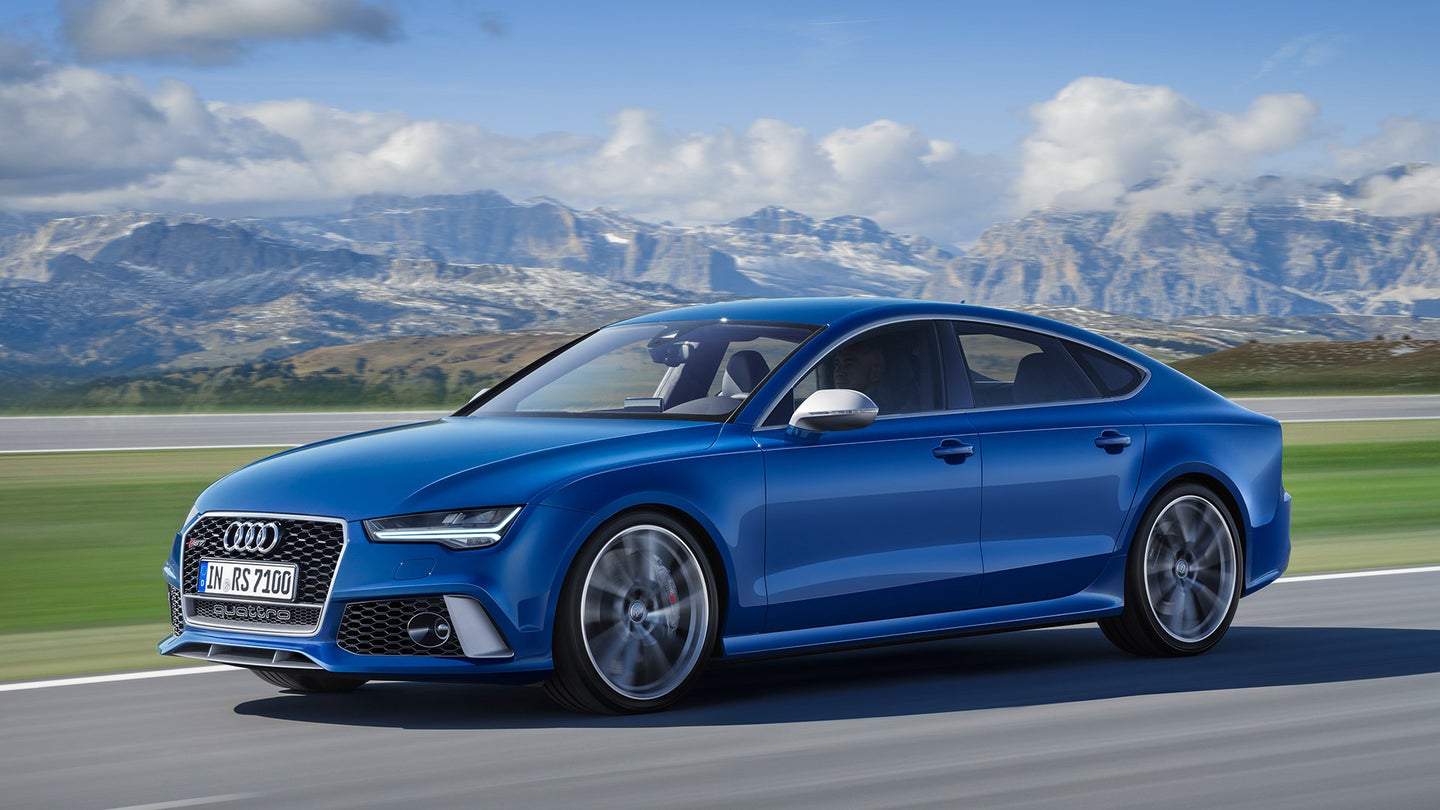 Turns out Audi has been lying to us all these years—but with our best intentions at heart. As it turns out, those impressive performance stats the carmaker trots out with every new RS model are actually kind of, to use the term of the moment, fake news.

So sayeth Stephan Reil, who serves as head of technical development for Audi Sport GmbH. Reil admitted as much to Australia's CarAdvice at the launch of the new, secretly-hybridized Audi RS5.

"“I’ve been in this job for nearly 20 years, and with all the cars I’ve worked on, the performance numbers we published were conservative," Reil said. "So, if we say 3.9 seconds, you will measure, maybe, 3.7 if the conditions are fine, probably 3.8, but even under the worst conditions, you’ll do it in 3.9 seconds. But you will not find a 4.0."

In other words, Audi never wants to see any customers wind up with a car that doesn't live up to its promises. Not just customers, either—journalists, too.

"The reason we are conservative with these numbers is simple," Reil told CarAdvice. I simply don’t want to hear [it] when you guys write ‘Well, they claim 3.9, but we got 4.0.'”

A glance at independent tests of recent Audi RS models proves there's substance behind Reil's words. Audi quotes a 3.6-second 0-60 dash for the 605-horsepower RS7 Performance, for example—but Car and Driver squeezed a 3.2-second version out of their test car. Funnily enough, Audi quotes that same 3.2-second 0-60 sprint for the R8 V10 Plus...but that didn't stop Motor Trend from launching that car from naught to a-mile-a-minute in 2.6.

That said, this sort of number-fudging isn't uncommon among German performance car companies. Porsche, in particular, has become notorious for delivering cars that consistently outdo their quotes 0-60 times, and Mercedes-AMG's models are often known to do the same. While Reil is obviously only speaking for his brand...we wouldn't be surprised if his counterparts at those other companies would admit something similar after a couple glasses of pilsner.