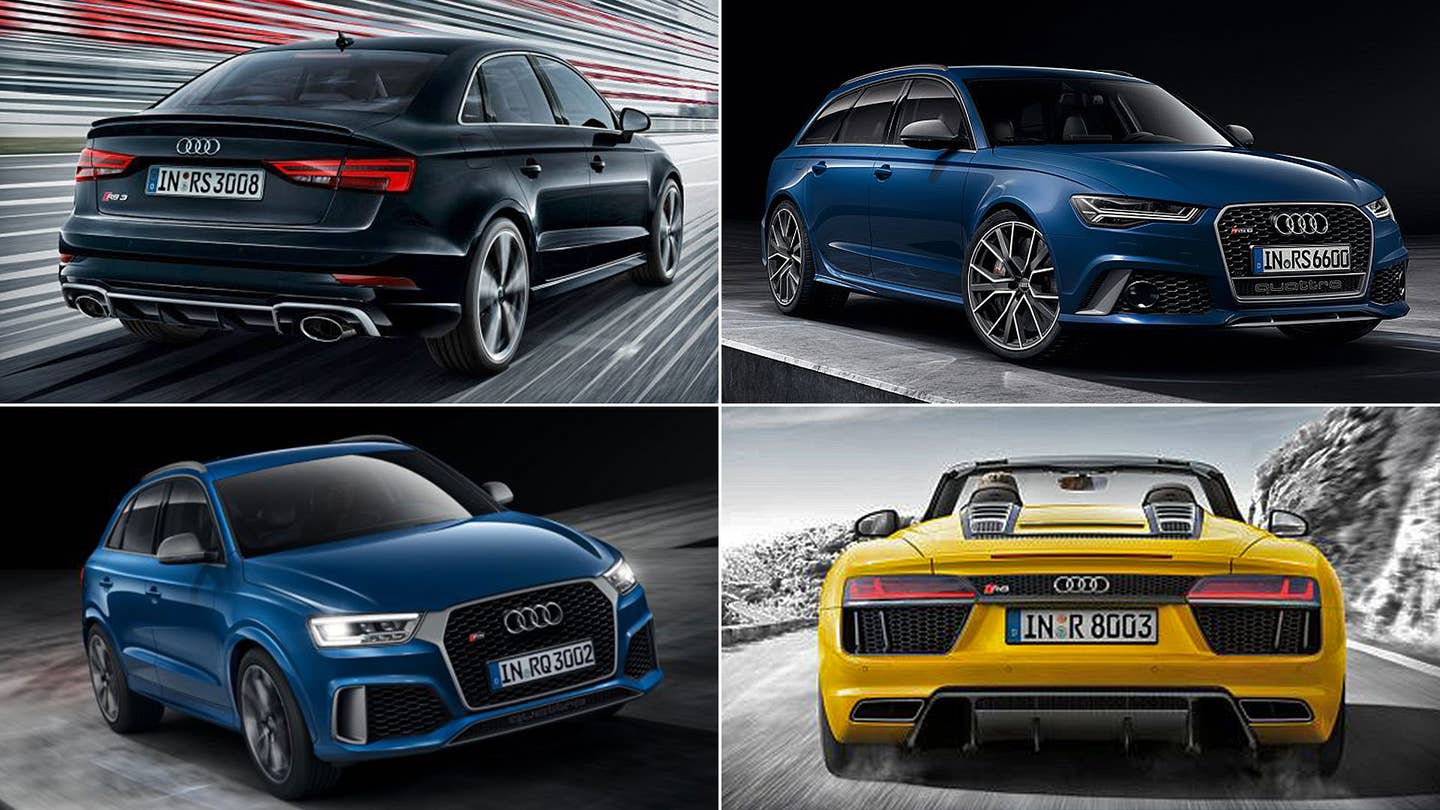 If your personal German car proclivities lean towards Audi’s sportiest models, do we have some good news for you. Audi plans to add eight vehicles to its RS model range by early 2018, according to the sporty division’s recently-appointed head honcho.

Stephan Winkelmann, known to most car nuts as the bossman at Lamborghini for more than a decade, revealed the ambitious plans to Autocar in an interview several months after his March move across the VW Group to the quattro GmbH division of Audi.

“There is more to come,” Winkelmann said.

The former Lambo CEO was cagey on what models would be added to the lineup in order to more than double its current range, but according to Autocar, RS versions of the subcompact A1 and the new midsized Q5 SUV are likely possibilities, along with a more sharp-edged version of the R8 and a new RS 4.

Based on those suggestions, we can make a couple more inferences. Given the return of the RS 4, coupe and convertible versions of the RS 5 seem obvious (and were indicated on a product roadmap that leaked back in February). The other two spots in the future lineup are a little harder to figure out, but an RS 4 Avant and an RS 6 sedan would seem like quick, easy ways to add two more models in the next year and a half.

Currently, the RS lineup includes eight models around the world: the RS 3 sedan and hatchback, the RS 6 Avant, the RS 7, the RS Q3, the TT RS coupe and roadster, and of course, the R8 supercar so loved here at The Drive.

Still, Winkelmann said the world shouldn’t expect quattro GmbH to follow AMG’s tire tracks into every possible niche. “We are not going to do what they do,” he told Autocar. “We have one company, one name and we have a brand. But we will remain exclusive.”