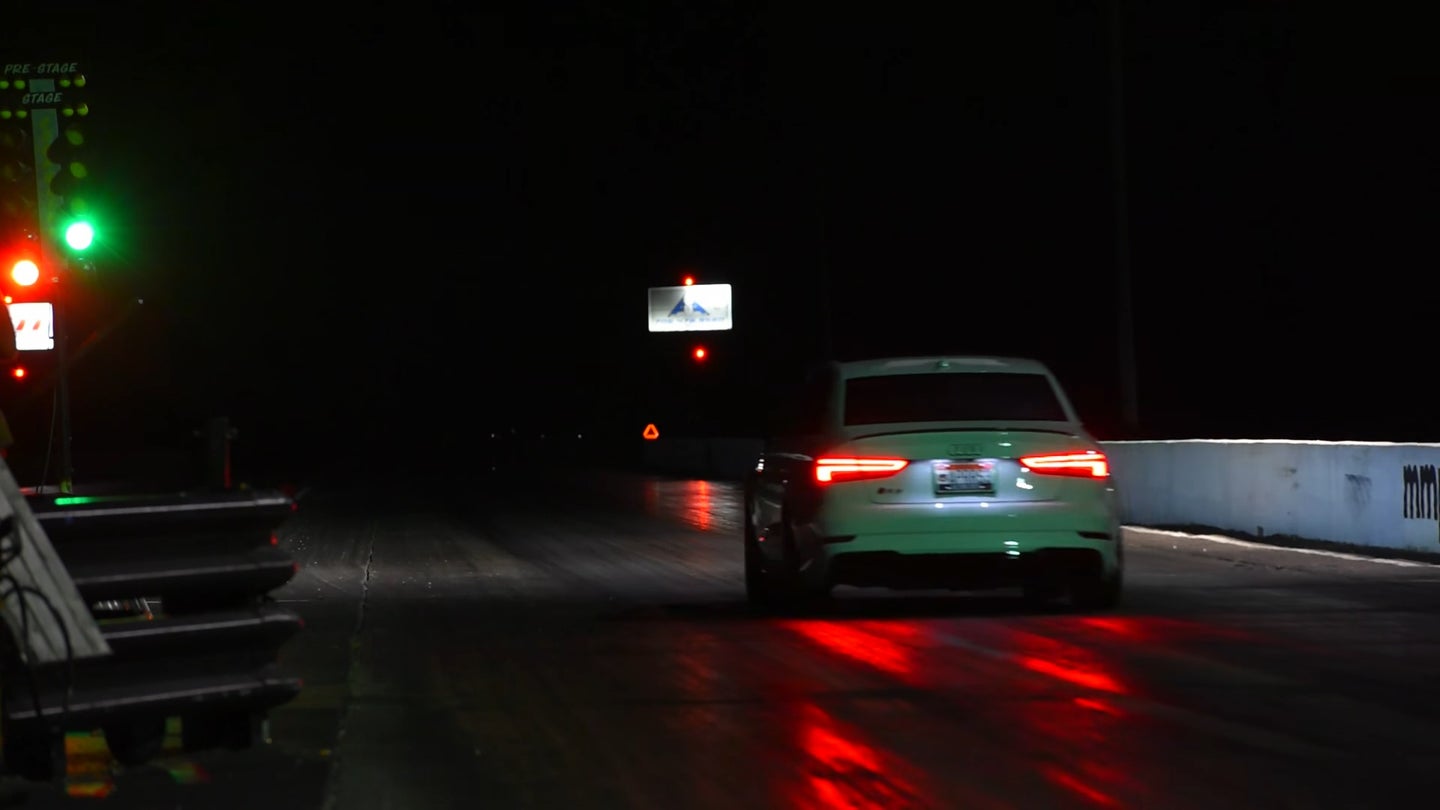 If the 400 horsepower on tap in the 2018 Audi RS3 isn't quite enough speed for you, APR seemingly has just the thing. The Alabamian Audi tuners have released a clip of a Stage 1-tuned RS3 performing the quarter mile sprint in a supercar-shaming 10.55 seconds at 127.62 mph. That's faster than the firm's mighty R8 V10 Plus, which did the same distance in 10.6 seconds during a Motor Trend test.

Want some more in-house perspective? Volkswagen Group's former fastest-car-in-the-world, the Bugatti Veyron, does the same exercise in 10.4 seconds, making it less than two-tenths faster than a Golf-based compact sedan with a mildly fettled ECU. What a time to be alive.

If this truly is just the tip of the 'roided-up-RS3 iceberg, we can't wait to see what this thing can do with even more extensive modifications. As a reference, Integrated Engineering's bone-stock RS3 did a 12.4-second quarter mile at 108 mph back in August.