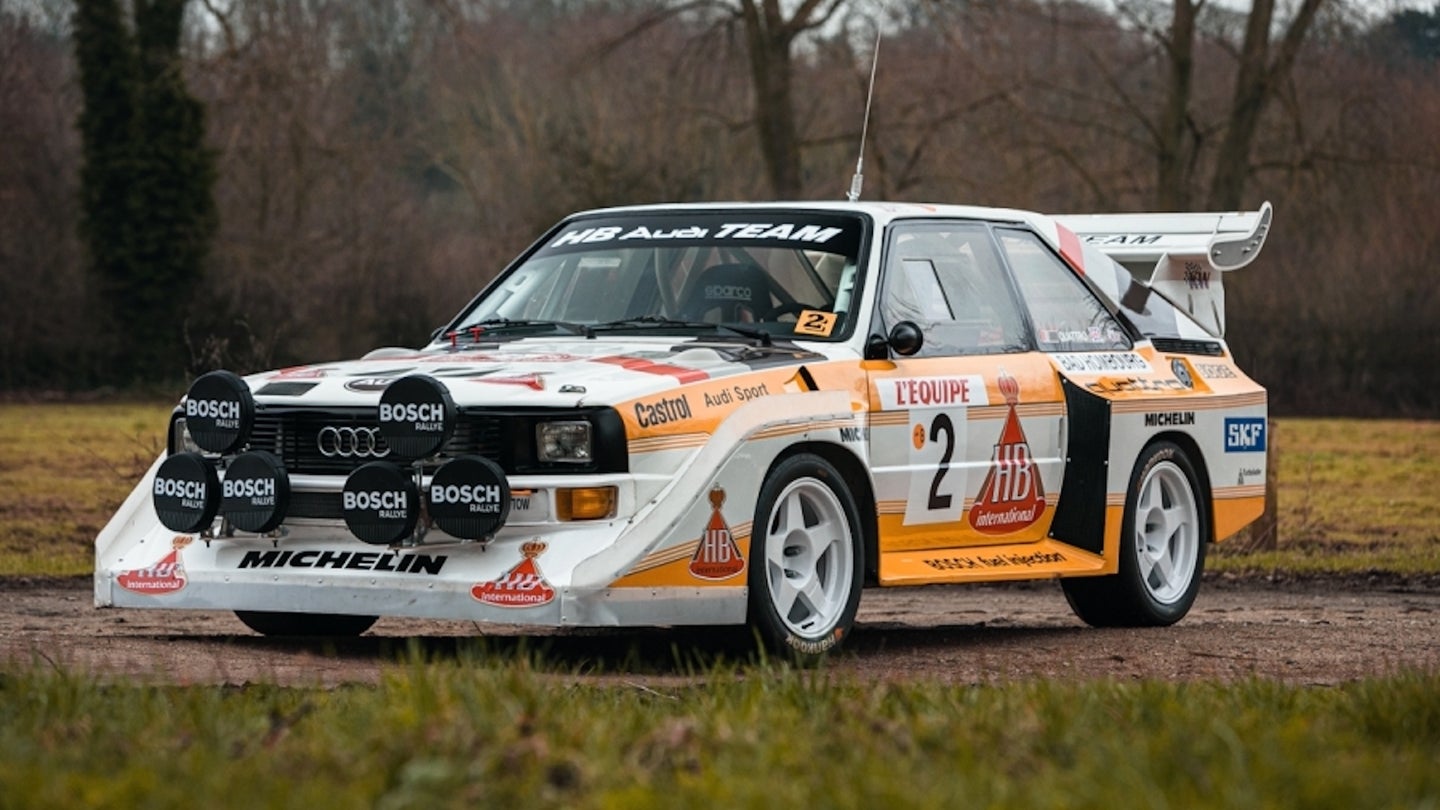 If you asked a rally fan to pick the one car that defines their favorite form of racing, they'd have no choice but to answer with the Audi Quattro. As the car that introduced all-wheel-drive to the sport during the Group B era and one of the cars that helped legitimize turbocharging, the Quattro's influence in rallying cannot be understated. Though the Quattro didn't stay on top for long, as rivals Lancia and Peugeot eventually upstaged it with nimbler, mid-engined challengers, Audi's entry symbolizes the technological war that was Group B better than any other car.

Accordingly, any time either a Quattro race car or one of the road-legal homologation cars come up for sale, they demand big bucks—an original Quattro A1 collected $320,000 at a Bonhams auction in 2015. That doesn't mean you need to spend that kind of money for the authentic Group B experience, however, as a clone of the ultimate Quattro—the Sport Quattro S1 Evolution 2—is coming up for sale at Silverstone Auctions soon, and it's expected to sell for little more than $100,000.

Granted, that's not exactly affordable to most folks, and it's a truck-load to spend on a car that isn't the real deal, but it'll certainly scare you like one. Prepared by Quattro chassis experts, which outfitted this car with modern safety gear and 1985-spec bodywork, this Quattro is a turnkey race car ready for hill climbs or rallies alike, and it'll excel at either with its monstrous aerodynamics and feisty powertrain.

Equipped with a modified Audi "ADU" engine—a turbocharged 2.2-liter inline-five used in the RS 2 Avant wagon—this Quattro produces a more-than-healthy 500 horsepower on its low-boost setting. According to the engine builder, noted Audi racer Keith Edwards, this engine could be good for up to 1,000 horses, or far in excess of what Quattros produced during the Group B era.

With how rarely Quattro rally cars hit the market, this might be your only chance to play out fantasies of driving like Walter Röhrl or Michéle Mouton. If that's your bottle of kombucha, and you have what Ferris Bueller calls "the means," book your flight to Britain soon because this car hits the auction block in just 10 days.