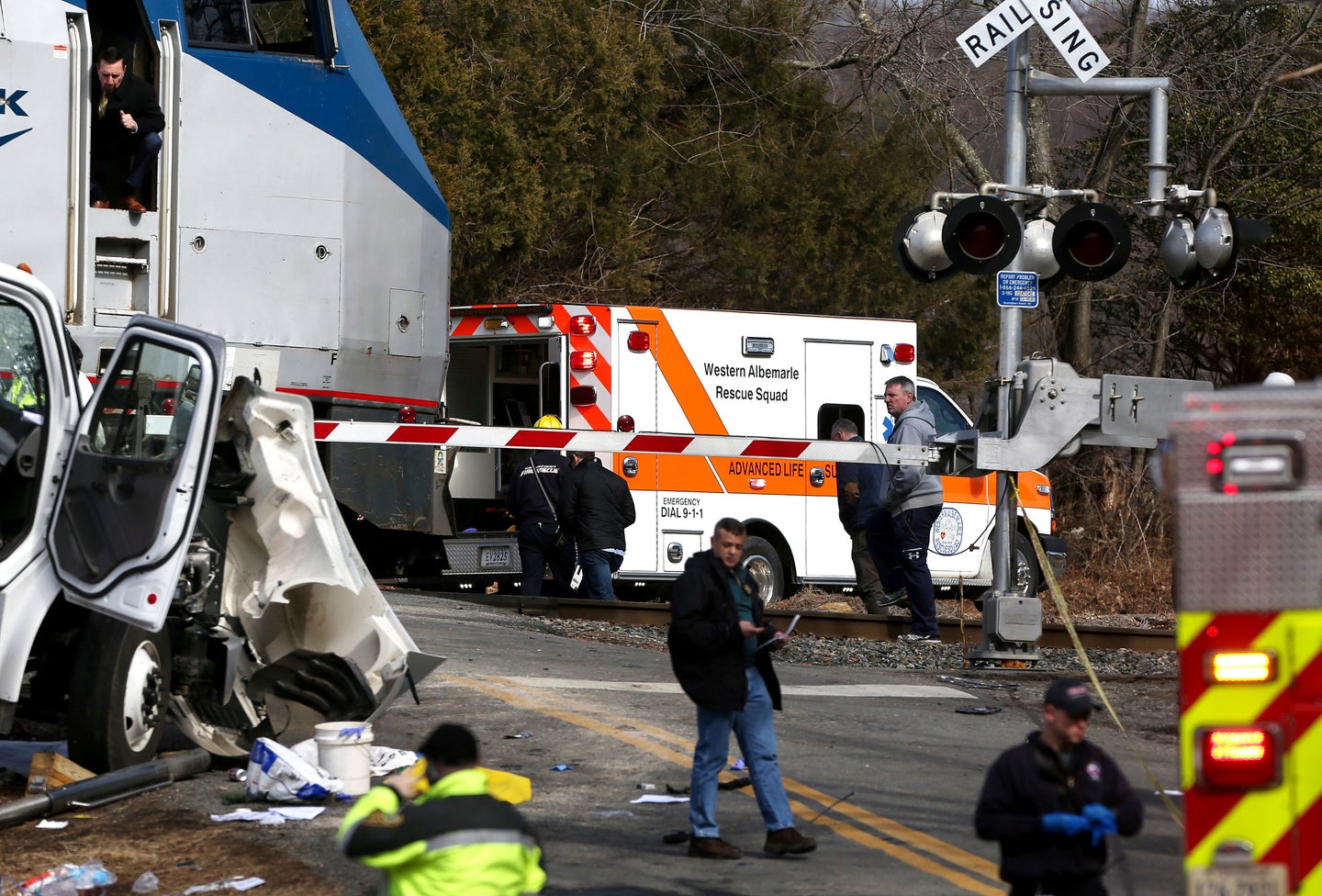 A garbage truck seemingly drove around rail crossing safety gates before getting hit by an Amtrak train carrying Republican lawmakers to a retreat last month, according to federal investigators.

One passenger in the truck was killed and two others in the vehicle were injured in the Jan. 31 collision in Crozet, Virginia.

Visuals from a camera mounted on the front of the chartered train showed the gates were lowered at the time of the crash, according to an initial report issued Wednesday by the National Transportation Safety Board. Witnesses also told investigators that the truck had entered the crossing after the gates had gone down.

The train was traveling about 61 miles an hour when the engineer pulled the emergency brake, according to the agency's preliminary findings. The train hit the rear of the refuse truck, which spun before hitting a railroad signal bungalow and ejecting two passengers, one of whom died.

Contacted by The Drive, an Amtrak spokesperson said the passenger railway would not comment on an incident that's still under investigation by the NTSB.

The Amtrak train was ferrying dozens of GOP lawmakers, staff and family to a yearly retreat, which this year was held at a resort in White Sulphur Springs, West Virginia.

The crash is one of several involving Amtrak being investigated by the federal agency. In December, an Amtrak train derailed outside Seattle, killing three people and injuring about 100 others. And two people died earlier this month when an Amtrak train hit a parked freight train in South Carolina.

More than 2,000 crashes at U.S. train crossing killed 260 people and injured more than 800 in 2016, according to the Federal Railroad Administration, or FRA.