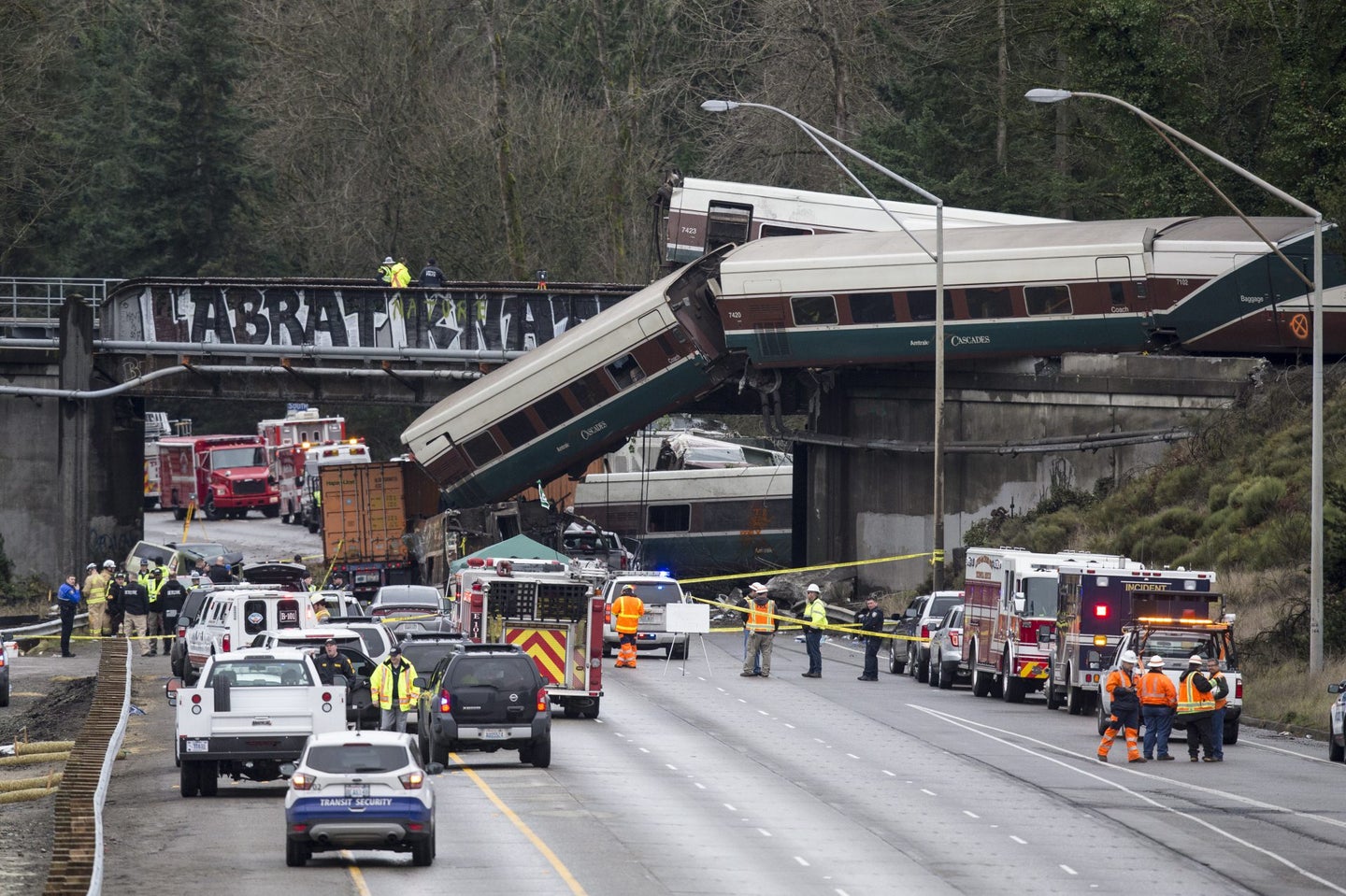 Amtrak may suspend service on tracks that don't have satellite-based train control technology by the end of the year, the railroad's top executive said Thursday.

Amtrak President and CEO Richard Anderson told a House subcommittee that the railway service is concerned that passengers are at risk due to repeated delays in installing Positive Train Control, or PTC, which is now only in partial use on tracks across the country.

“Under the present rules, Amtrak cannot permit non-compliant equipment to be used over our railroad after the deadline and we will be working closely with our partners and the FRA to determine the best way to address this situation,” Anderson said in prepared testimony emailed to The Drive.

'We believe that PTC should ultimately be in place for all Amtrak routes and, as a matter of U.S. policy, PTC should be required for all passenger rail trips in America," he told the House Subcommittee on Railroads, Pipelines and Hazardous Materials.

Amtrak expects to contend with scenarios where PTC is not ready, and "for these, Amtrak will suspend operations," Anderson said.

The comments come in the wake of two fatal crashes involving Amtrak trains on third-party tracks in the past two months that investigators believe would have been prevented by PTC, which the National Transportation Safety Board first recommended nearly 50 years ago.

The NTSB in 2015 estimated 145 railway accidents could have been prevented and more than 300 lives saved had the technology been put in use 48 years earlier.

A majority of the tracks Amtrak trains travel on is owned by other entities, and railroads who face a year-end deadline to install the GPS-based PTC system are asking regulators for an extension until 2020. That follows a three-year extension granted in 2015.

Amtrak already has PTC in place on about 700 miles of tracks it owns on the Northeast Corridor from Boston to Washington, D.C., and in Michigan. The government-funded railroad otherwise operates on track owned by other entities, including freight carriers.