Rain didn’t keep Red Bull from showing off and testing its new racer, until the very end, at least. 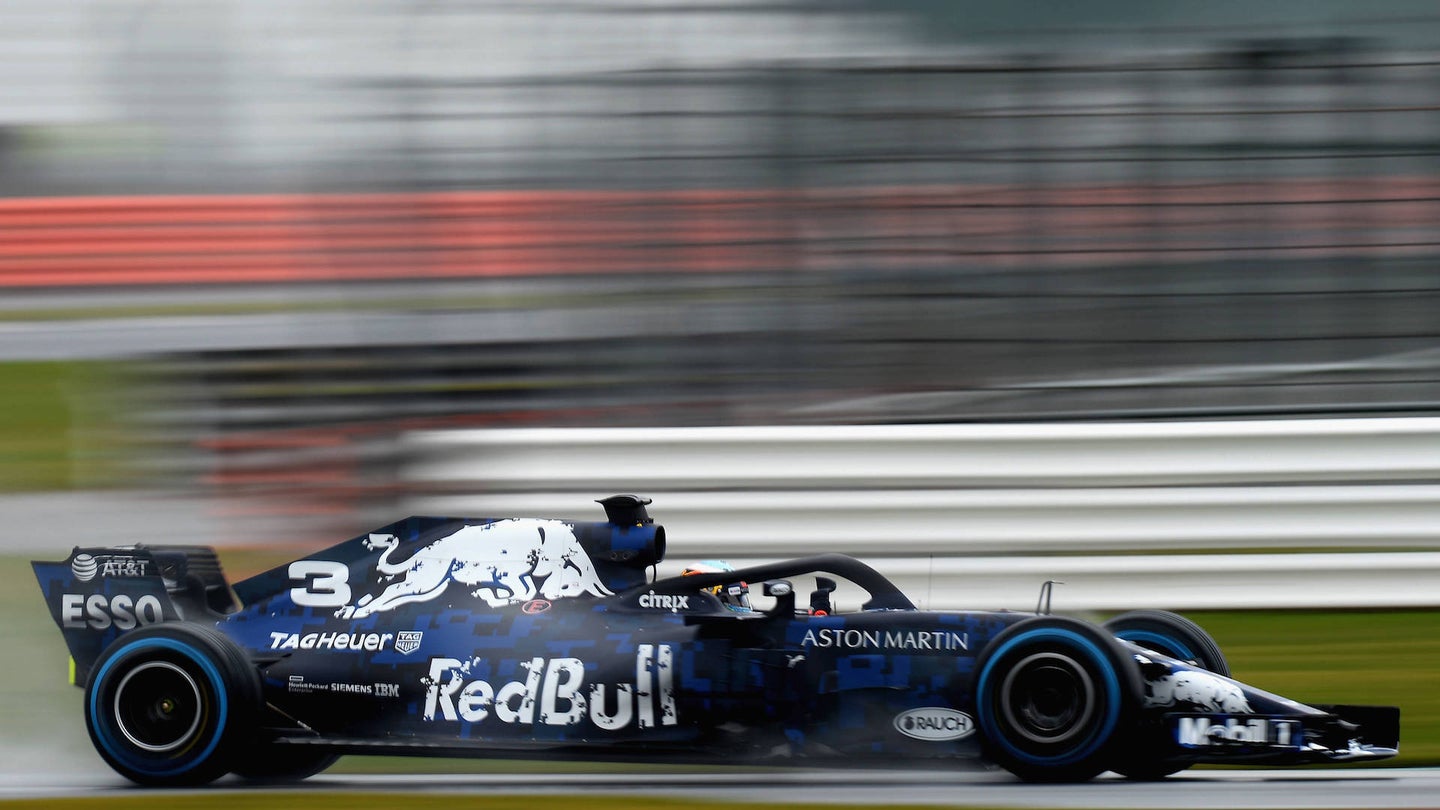 Aston Martin Red Bull Racing has joined Williams, Haas, Ferrari, Renault, Sauber, and its sister team, Toro Rosso, in debuting its 2018 title hopeful. But unlike the rest of the F1 gang, Red Bull decided to do a bit of promotional filming on a wet track immediately after its debut.

This video shared by the team features Max Verstappen and Daniel Ricciardo giving their initial impressions of the new RB14, even though it was only the latter who got to take the new bull for a spin. "The last week I've been bored, so it was nice to get back in the car," said Ricciardo while Verstappen simply expressed his approval of the new livery.

Unfortunately, Ricciardo's outing didn't last very long as the poor track conditions caused him to lose control of the car and crash into a tire barrier. This, of course, isn't shown on Red Bull's promo footage.

Arrivabene’s involvement with Ferrari may have originated on the corporate side, but he’s an F1 diehard nonetheless.