What Is Red Bull Racing Cooking Up for Silverstone?

Known upgrades and suspicious activities in the Red Bull Racing garage have some wondering if the bull's about to show its horns. 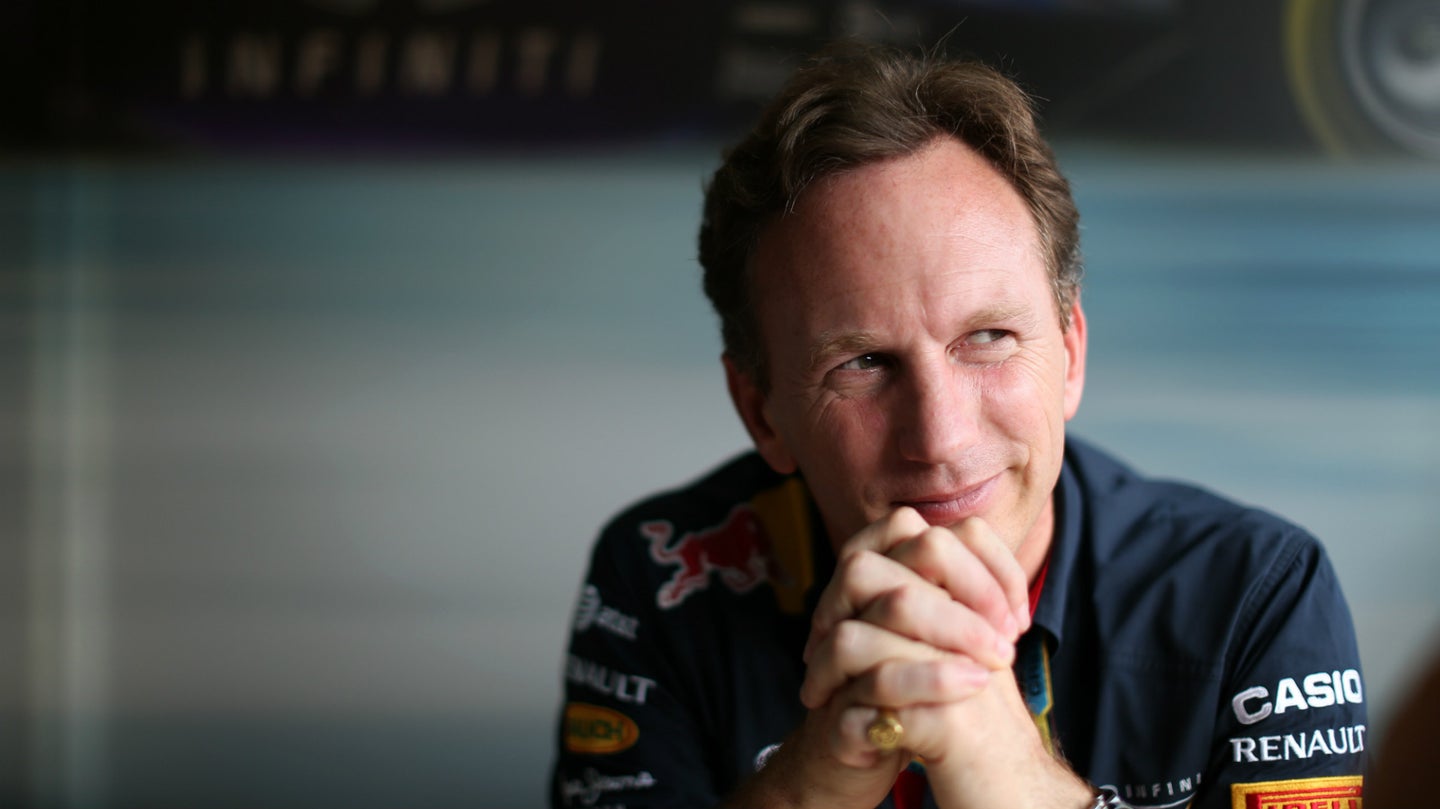 The British Grand Prix weekend is just about here. Teams are already getting themselves situated in the pit lane for tomorrow's free practice sessions when they will probe just how much performance they can squeeze from their cars. Red Bull Racing has reason to expect just that little bit extra this weekend, as the team's petroleum sponsor, Exxon Mobil, is expecting to bring an upgraded fuel mixture to this race, which ought to grant a small, but still a consequential boost to the RB13's pace. Some strange behavior in the Red Bull Racing pits, however, has caught the focus of technical analyst Craig Scarborough and pundit Olav Mol.

Since before the Spanish Grand Prix, speculation ran rampant of Red Bull forgoing B-spec upgrades to its RB13 and instead introducing a completely reworked RB14 chassis. As of this weekend, the rumors have been revived, as reported by Scarborough. A tweeted picture showing a bare Red Bull chassis, free of any aero elements, including the nose cone, front wing, rear wing, or barge boards. There is no noticeable difference between the RB13's airbox and side-pod inlets and those of the chassis shown below, so if Red Bull is debuting an aero upgrade, it is more likely to be an RB13B, rather than an RB14.

Mol, a Dutch Formula One commentator known for his enthusiastic support of his countryman Max Verstappen, spotted an overladen cart of boxes being wheeled into the Red Bull garage. He speculated that the boxes contain new parts for the RB13, though the inability to discern from his photo what the labels read means we cannot know until tomorrow.

If this was not enough, Daniel Ricciardo's reaction during the press conference to Lewis Hamilton's joke about an upgrade package was coy. "We've got more coming later," grinned the Australian. Whether that means this weekend, as the sprinklings of circumstantial evidence suggest, or beyond, the Red Bull lads are certain to make the best of the remaining season, whether it comes in the form of race wins for Ricciardo or race finishes for ill fortune-stricken Verstappen.