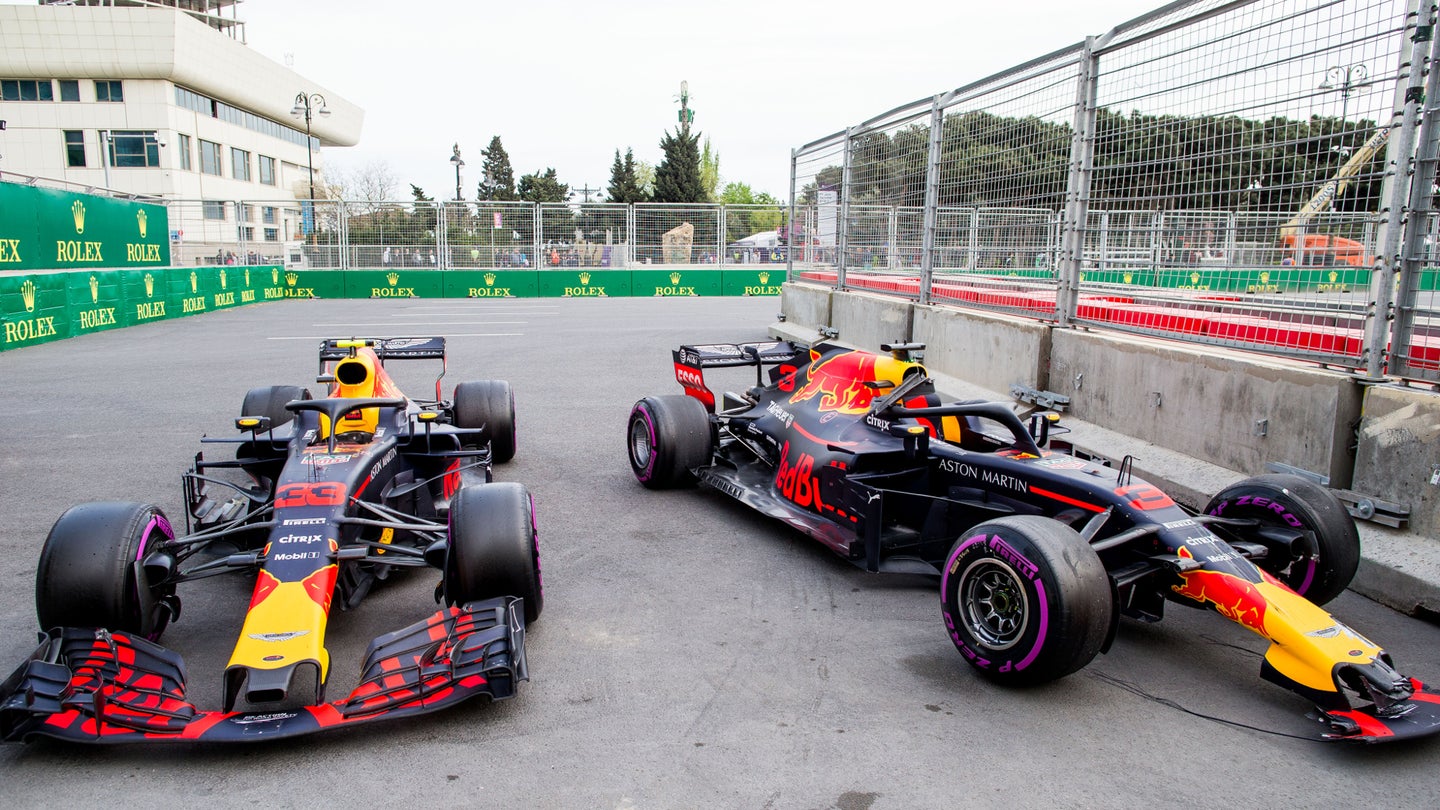 "We looked at each other, thought 'this is really ****,' and then we shook hands. There's no issue between us", Verstappen described the aftermath of his Azerbaijan Grand Prix clash with teammate Ricciardo to Dutch broadcaster Ziggo Sport on Monday.

The collision between the two followed a lengthy battle in the streets of Baku, which Verstappen described as "on edge, but fine." In fact, Verstappen thinks the fact Ricciardo and he showed good judgment in earlier skirmishes—both in Azerbaijan and prior races—contributed to their eventual coming together. Perhaps especially with Red Bull calling on Ricciardo to get back at him, after a pit stop dropped the Aussie back behind the Dutchman following an earlier overtake. "We've always been able to race each other hard, which then kind of breeds these types of situations. They said to 'go for it' because they trust us, but it, unfortunately, went wrong that last time."

Red Bull sat Verstappen and the Ferrari-linked Ricciardo down after the race, with Verstappen telling Austria's ServusTV both he and his teammate were very disappointed. "But I can't imagine this will change our relationship, which has been good up until now."

The Red Bull duo, of whom Ricciardo is ahead in the championship, is set for further talks with the team in the build-up to the Spanish Grand Prix. Red Bull has also ordered them to come to its Milton Keynes factory to apologize to its staff. It's part of Red Bull's desire to make them remember Formula 1 is a team sport, as team principal Christian Horner pointed out to Sky Sports that: "That seemed to get forgotten about."

Despite its drivers taking each other out in Azerbaijan, Horner said Red Bull won't resort to imposing team orders. A decision Verstappen welcomes, and is sure the team won't come to regret, telling Ziggo Sport: "I don't think we need to drastically change the way we go racing, although Daniel and I should maybe be a little less eager when fighting each other. I think we do that very well, even if it didn't end well this time, unfortunately."