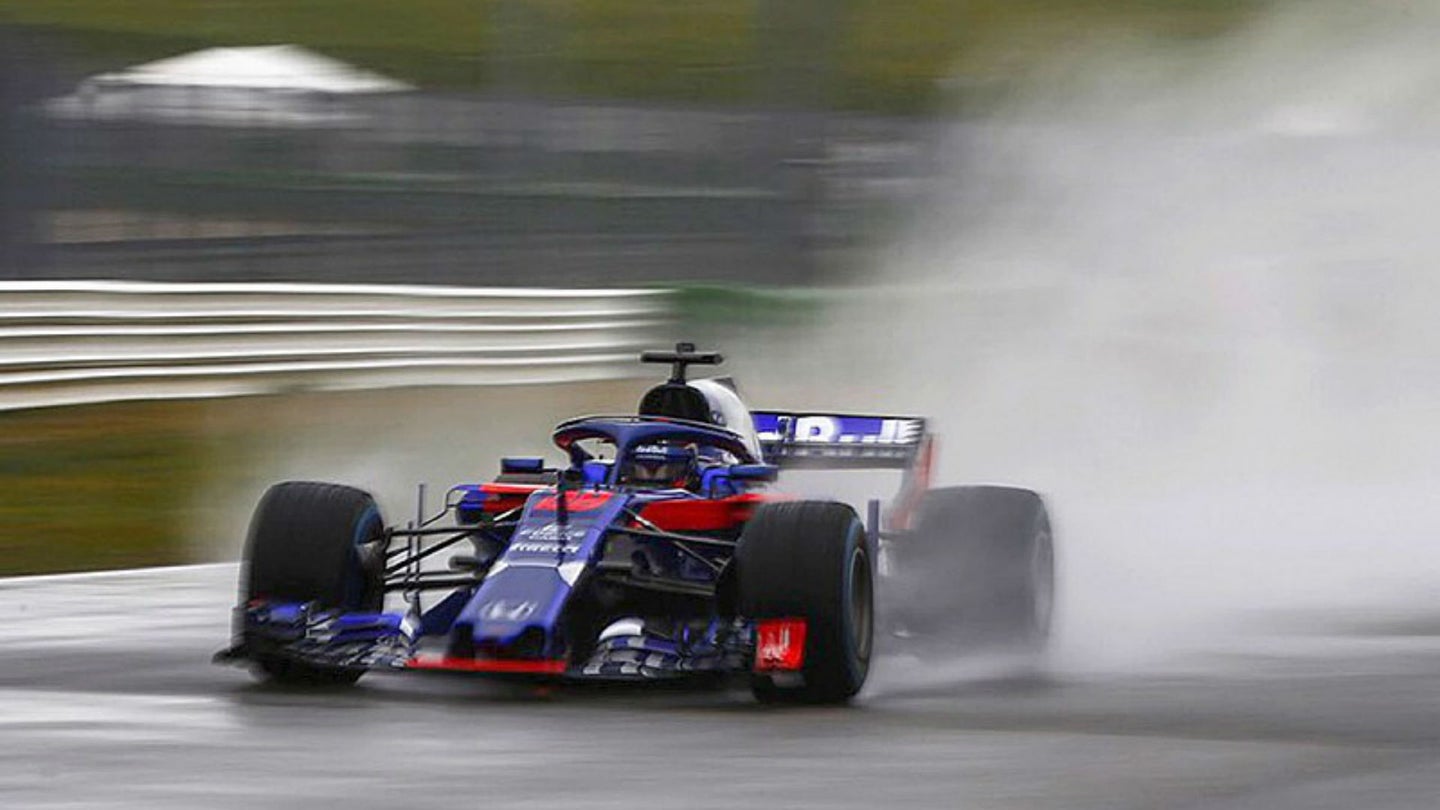 It seems like Formula 1 manufacturers are more focused on who has the best teasers of their upcoming 2018 cars than the actual releases themselves. McLaren has thrown its hat into the ring as has Red Bull (sort of) with more sure to come. That may seem fine and dandy for publicity, but as Scuderia Toro Rosso showed Wednesday on Twitter, none of that's really all that important. Instead, the Faenza-based outfit revealed a full on-track shot of its STR13 in the wet.

Toro Rosso wasn't scheduled to unmask its car for this season until February 26, making it the last team to do so out of the ten. And while we still don't know many specifics about the STR13, we do know that it'll feature a Honda power unit which has reportedly been reliable according to resident motorsport advisor Dr. Helmut Marko.

As for the looks, STR appears to be sticking with the sharp blue, red, and silver theme from the past. The car's now-mandatory Halo cockpit safety device is also painted to match the car's primary color, somewhat masking the equipment as others have also worked to achieve.

Expect to see more in-focus shots soon with an emphasis on the car's aerodynamic design. With seemingly every constructor so far taking a unique stance on sidepod and bargeboard construction, it'll be interesting to see if Toro Rosso takes a similar approach as its sister car, the RB14.