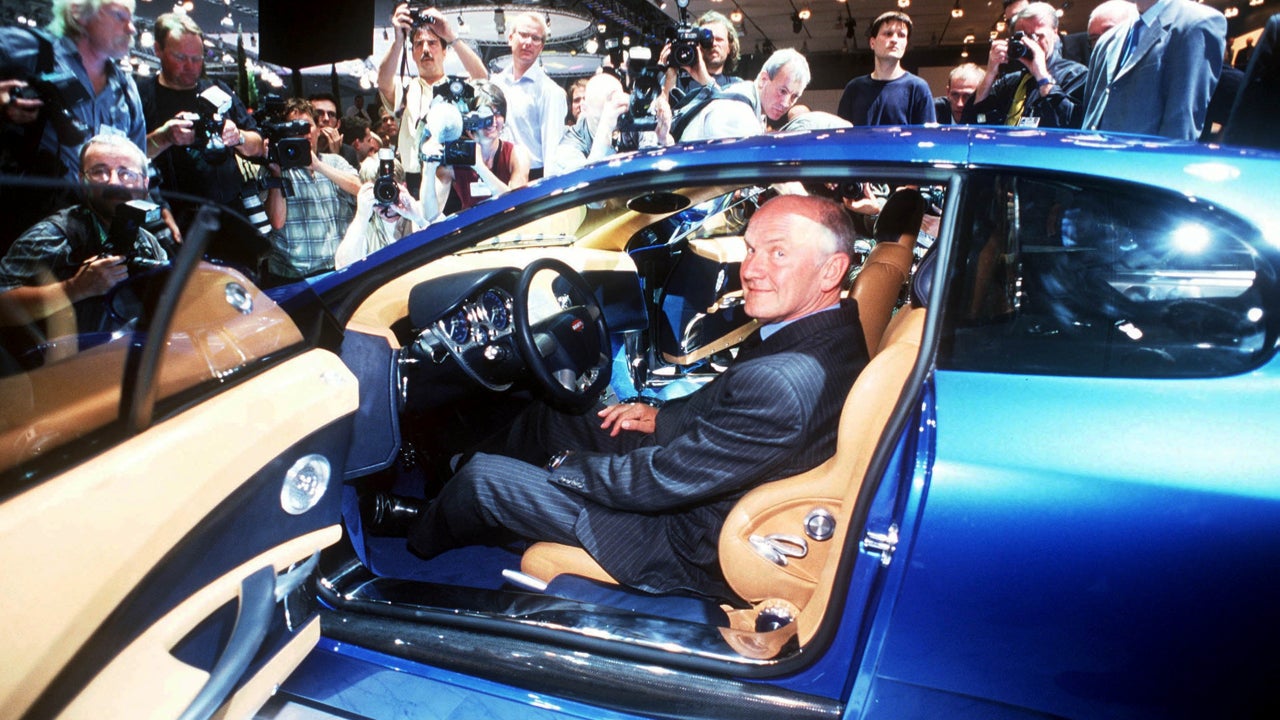 The Volkswagen Group we know today sells cars at every corner of the market, from the most luxurious hypercars all the way down to simple, inexpensive runabouts and even commercial trucks. This is largely thanks to former chairman and chief executive Ferdinand Piëch, who died today in a hospital in Bavaria at age 82, Bloomberg reports.

Piëch's legacy as the former head of the Volkswagen Group is still felt today. Piëch took over as CEO of Volkswagen when it was a much smaller, struggling company, and managed to cut costs and improve quality without major layoffs, which won over both shareholders and trade unions, Bloomberg notes. He went on to become chairman of the Volkswagen Group's supervisory board in 2002, but maintained an active role in guiding the company's strategy.

A profitable Volkswagen was a Volkswagen that wasn't afraid to experiment. Volkswagen expanded rapidly, folding Seat and Škoda closer into the company but also acquiring luxury brands like Bugatti and Bentley.

Yet the most high-profile acquisition was one that was near and dear to the Volkswagen story as well as Piëch himself. He was the grandson of Ferdinand Porsche, who founded the Porsche brand of sports cars and designed the original car that would go on to be known as the VW Beetle. Piëch was able to acquire Porsche SE in 2012, folding it under the main Volkswagen Group umbrella once and for all. The acquisition came just four years after his cousin, Wolfgang Porsche, tried to push Porsche to acquire Volkswagen first.

The Volkswagen Group grew to either own or hold controlling stakes in 12 different marques by the end of 2012, and it didn't hold back with what it tried with those marques, either. Groundbreaking cars like the ultra-luxurious Volkswagen Phaeton and Touareg, innovative weirdos like the Audi A2, the retro-cool revival of the New Beetle, and the record-smashing Bugatti Veyron all happened under Piëch's watch. Some of these, like the Phaeton, became notorious commercial failures. Three of the 10 biggest money-losers in automotive history came from Volkswagen Group brands under Piëch's watch, per estimates by Max Warburton, an analyst for Sanford C. Bernstein & Co. who spoke to Bloomberg.

For a while, Piëch was untouchable despite his tendency to lead passion projects that didn't always pay off. He was the man who saved Volkswagen, so he got to choose his own successor as Volkswagen's CEO in 2006, Bernd Pischetsrieder.

Yet the end of Piëch's time leading Volkswagen was as dramatic as it gets, as a lengthy Spiegel piece from the time recalls. The board had voted to extend Martin Winterkorn's contract as Volkswagen CEO against Piëch's wishes in April 2015. Both Winterkorn and Piëch wanted to be the real man in charge, but there was only room for one and the bad blood between the two pit members of Piëch's own family against one another. Piëch turned in his resignation as chairman of the Volkswagen Group's advisory board later that month. His departure wasn't a second too soon, as the Volkswagen Group became embroiled in the Dieselgate scandal in September 2015 over findings that its diesel cars polluted far more than they did in emissions tests.

Piëch was the third of four children born in Vienna, Austria, on April 17, 1937. His mother was the daughter of Ferdinand Porsche, and his father was a lawyer. He studied engineering at the Swiss Federal Institute of Technology in Zurich and worked alongside his uncle Ferry Porsche on Porsche cars after his graduation. He initially joined the Volkswagen Group at Audi in 1972 after Porsche and Audi ceased cooperating with each other. There, he worked on the Quattro all-wheel-drive system that later became unbeatable for a brief time in Group B rallying, and ultimately, synonymous with the Audi brand.

Piëch's legacy touched everything from the Porsche 911 to true weirdos like the Audi A2, yet the idea of grand, crazy, show-off Volkswagen Group projects has definitely outlived his tenure. It's hard to feel like we'd still be seeing a Volkswagen built specifically to smash records at places like Pikes Peak and the Nürburgring if Piëch hadn't set so many precedents of being the fastest, weirdest, or overall most at something as a semi-frequent but attainable goal for the Volkswagen Group.