GM Will Build a ‘Large’ Electric SUV for Acura in 2024

It will run on GM's Ultium batteries. 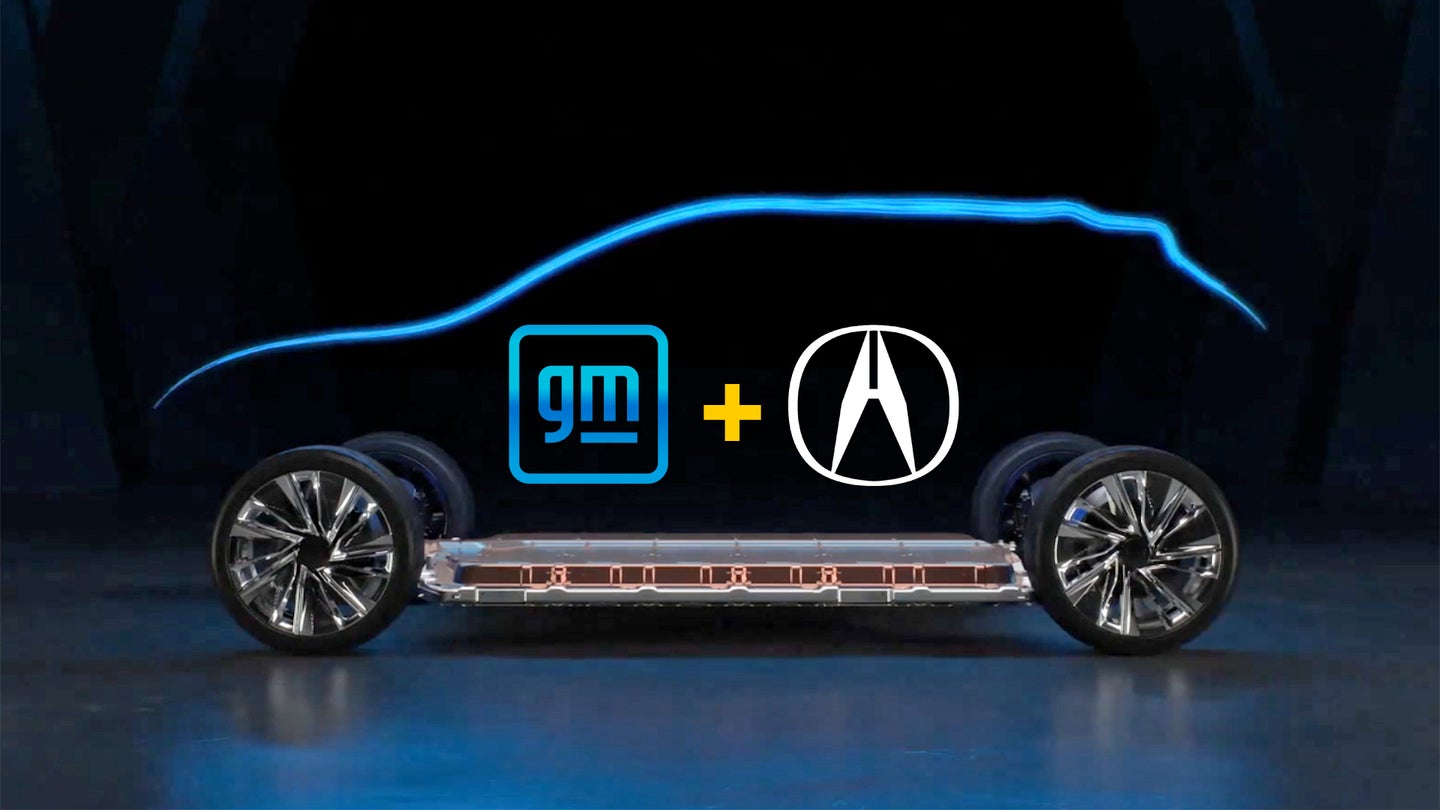 Last week, Honda declared it'll sell only emissions-free vehicles in the United States—powered by a combo of batteries and hydrogen—by the year 2040. Buried in the announcement's press release, however, Honda quietly mentioned plans for "two large-sized EV models using GM's Ultium batteries," one for Honda and one for Acura, both for the 2024 model year. And they won't be built just from GM-sourced batteries, but by actual GM-employee hands, as confirmed by an Acura spokesperson to The Drive.

"We are jointly developing two EV SUVs models using GM's Ultium batteries for the North American market as 2024 model year, one for the Honda brand and one for the Acura brand," said an Acura spokesperson in an email to The Drive. "As announced in April 2020, these will be produced by GM."

Slated to be sold in North America first, these two electric crossovers will, according to a previous report, be built at two separate GM plants. The Honda model will reportedly enter production in 2023 in Ramos Arizpe, Mexico, where the Chevrolet Blazer and Equinox are made, and the Acura will allegedly follow in 202 at Spring Hill in Tennessee. This Volunteer State plant happens to be where Cadillac will build its electric Lyriq crossover, which will reportedly share its approximate dimensions with the Acura and Honda products, signaling the potential sharing of its platform.

Whether or not Honda borrows the Lyriq's bones, both of its new electric crossovers would make ideal implementations for Cadillac's situationally hands-free Super Cruise driving assist, whose inclusion Honda confirmed back in April of last year. Its "plans to make GM's hands-free advanced driver-assist technology available" on both vehicles could be facilitated by the carmakers' closely cooperating R&D teams, whom both companies acknowledge are working on autonomous drive tech.

Honda became the surprise leader in commercially available autonomy tech earlier this year, when it declared a small run of its Japan-only Legend sedan (formerly our Acura RLX) would be equipped with SAE Level 3 autonomous software, christened Honda Sensing Elite. This system's cross-pollination with GM's Super Cruise could potentially escalate the latter's capabilities, all the while unlocking competitive advanced driver-assist systems (ADAS) for future Honda products. Just don't bet on any hands-free Hondas in the States any sooner than 2023.