That includes hydrogen fuel-cell cars but battery-electrics look like the big ticket. 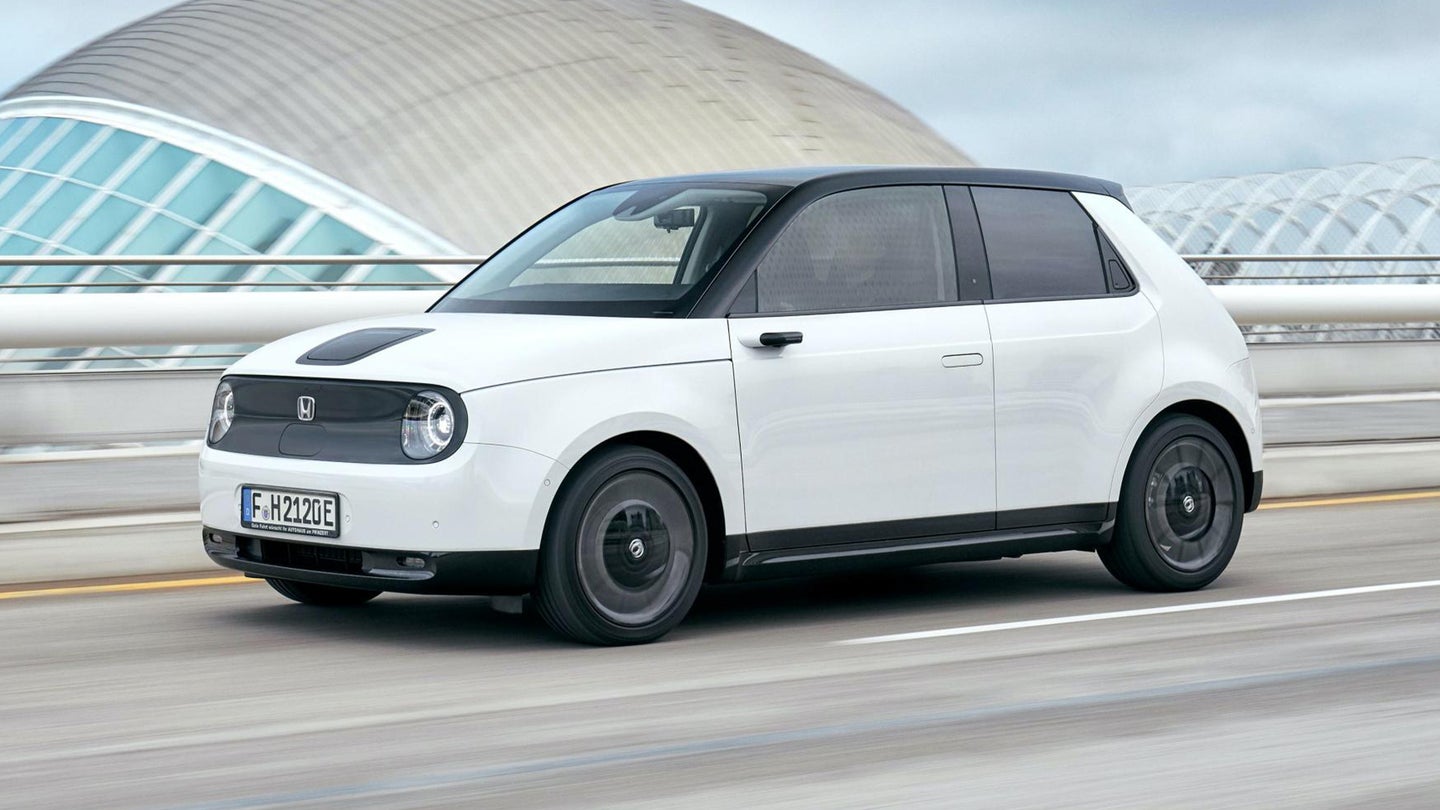 New Honda CEO Toshihiro Mibe has said that the company is aiming for 100 percent electrified sales in North America from 2040 onwards. Ramping up to that, the company has set targets for 40 percent by 2030 and 80 percent by 2035. Honda says it's not just focusing on battery electric vehicles (despite big ambitions about charging in the near future) and that the strategy includes fuel cells, as well as the broader promotion of hydrogen to support energy networks.

So far, Honda has only mass-produced one purpose-built EV—the extremely cute Honda E—and it doesn't even sell it stateside. For a vehicle with a relatively limited 124 miles of range, it's still really desirable and seems to have defined Honda's aesthetics going forwards. But this new ambition comes with the promise of the e:Architecture platform from 2025, which will be Honda's own platform going forwards, and it has also agreed on a partnership with GM to make EVs on its Ultium platform in the interim.

It's not a surprise that the announcement—although reflecting what's likely to be mostly battery-electric sales, at least for a few years—also references hydrogen. The Japanese government has big hydrogen ambitions and the country's automakers have been keen to reflect that, with Toyota similarly dedicated to H2.

Honda's announcement includes a commitment to fuel cell vehicles making up part of its electrification strategy, following its on-off attempts to make that work with its Clarity sedan. The infrastructure for hydrogen isn't there yet, which has made most of the schemes disappointingly short-range for what ought to be electric vehicles' big mileage-extender, but Honda's announcement does include an answer to that, too.

It's planning a "multi-pathway of energy" which will include the promotion of hydrogen as a solution within energy networks, and Honda is looking at infrastructure within that. If it's serious, then we could see a very interesting rollout across North America to meet the ambitions.

The strategy is mirrored by a similarly ambitious timeline to 100 percent electrification in Honda's home market of Japan.