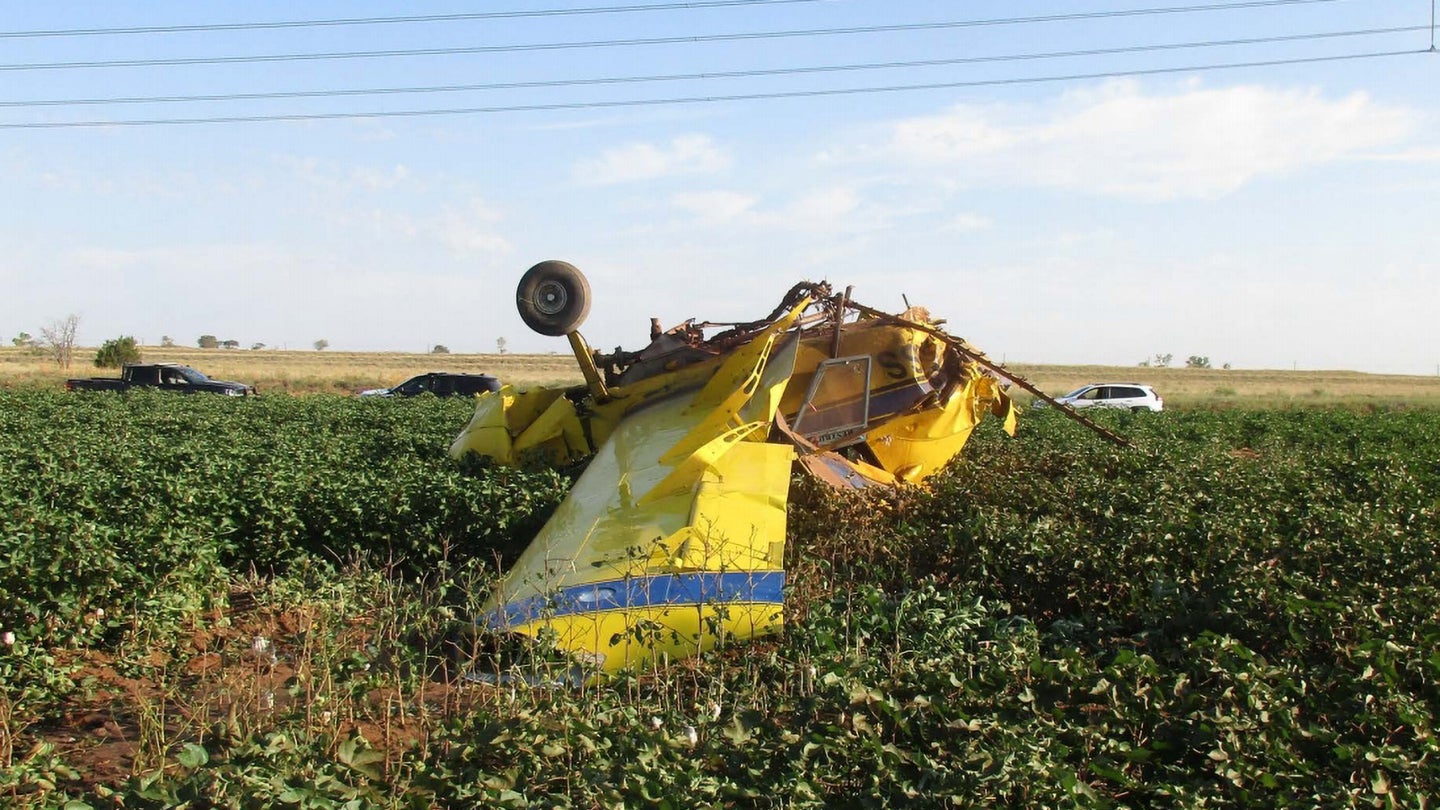 A gender reveal party outside the town of Turkey, Texas went horribly wrong when an airplane hired by the celebrating couple stalled mid-stunt, causing it to crash and land upside down in dramatic fashion.

According to an official accident report filed by the National Transportation Safety Board (NTSB), the pilot accidentally flew the aircraft too slowly as he was attempting to unload nearly 350 gallons of pink-colored water for the reveal. (It's a girl, yay!) The low airspeed resulted in an aerodynamic stall, causing the plane to tumble in the air and crash, landing upside down on what looks to be a crop field. As a result of the impact, the plane sustained considerable damage to its right wing and fuselage, according to the NTSB. Judging by the photo released, however, it looks a lot worse than that.

Thankfully, the 49-year-old pilot Raj L. Horan of Plainview, Texas survived and sustained only minor injuries. The NTSB also noted that the plane was likely overloaded with the 350 gallons worth of pink water and an additional passenger, which likely contributed to the crash.

The Air Tractor AT602 single-engine turboprop plane used and operated by Horan Spraying LLC. is a single-seat aircraft designed to house only one occupant: the pilot. The additional passenger also luckily survived the incident with only minor injuries. It's unclear at this time if the pilot is facing any charges or if he will be able to keep his pilot's license.

This isn’t the only time the gender reveal party trend has led to troubling consequences. Not too long ago, a woman in Iowa was killed after a homemade firework ended up exploding like a bomb when it was supposed to expel a burst of colored smoke, while another couple’s party gone-wrong sparked a massive wildfire in Arizona that ended up torching over 47,000 acres of land.

The incident has left at least two families homeless after the plane flew through a residential neighborhood.