The former big shot at GM, Ford, Chrysler, and BMW predicts gloom and doom for the car industry he influenced for decades. 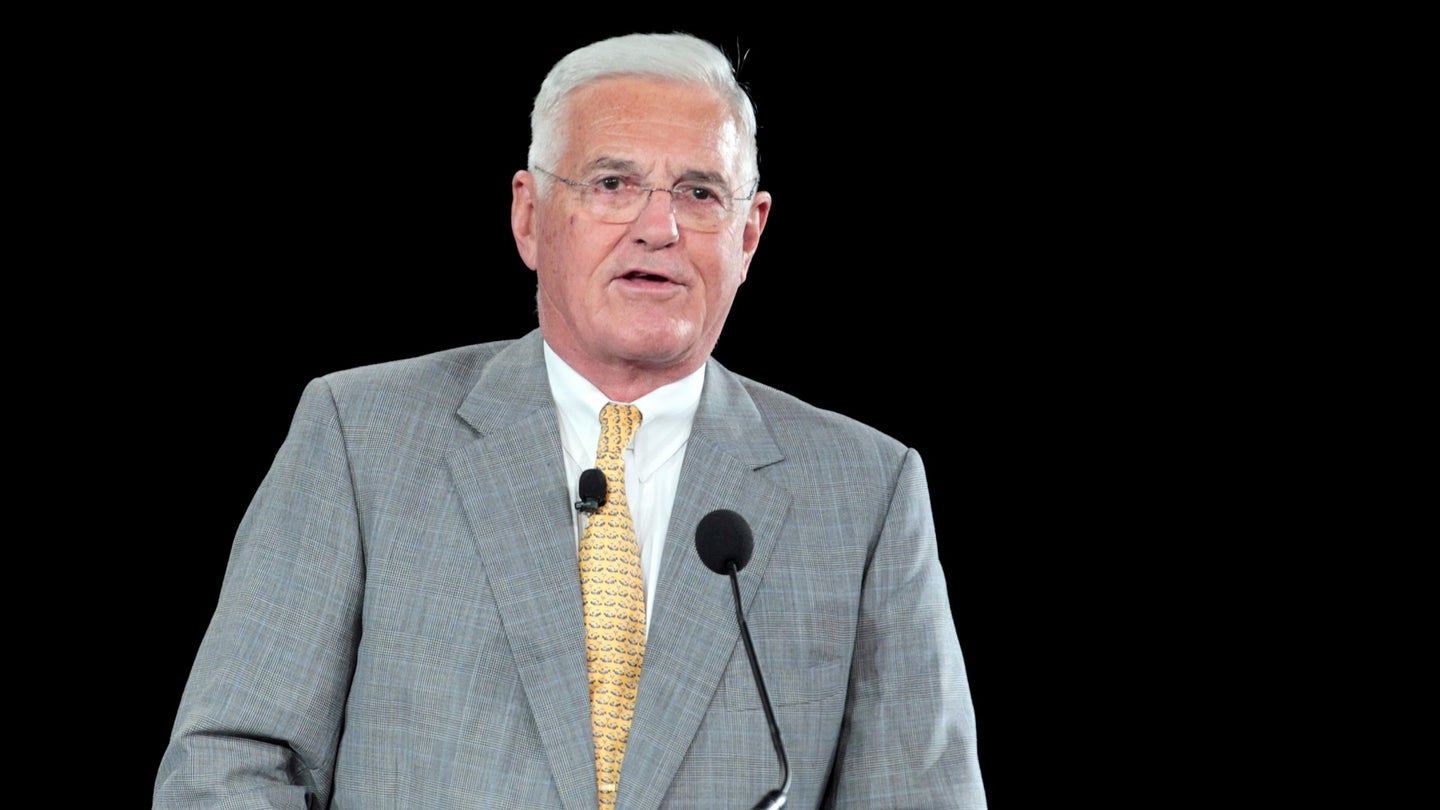 The 85-year-old Bob Lutz knows a thing or two about the car business. He’s held impressive titles like Vice Chairman of General Motors, Executive Vice President of Ford, Executive Vice President of Sales at BMW, and the head of Global Product Development at Chrysler. With achievements like the Ford Explorer, Dodge Viper, Chevy Volt, and BMW 3 Series all happening with his influence, Lutz has been shaking up the automotive industry for more than 40 years. Oh, and he still isn’t retired. He’s running a company called VLF Automotive which builds low-volume supercars and exports Hummers to China.

Lutz recently wrote an editorial entitled “Kiss the good times goodbye” published by Automotive News that predicts nothing short of a complete upheaval of the car industry as we know it today. It’s actually quite dark and goes as far as saying the transition to fully autonomous transportation “will be largely complete in 20 years” in a dystopia where human driving will be banned.

“Now we are approaching the end of the line for the automobile because travel will be in standardized modules,” says Lutz in the article. “The end state will be the fully autonomous module with no capability for the driver to exercise command. You will call for it, it will arrive at your location, you'll get in, input your destination and go to the freeway.”

The VLF Force 1 Is Insane
The Drive

But who will own the pods? “Most of these standardized modules will be purchased and owned by the Ubers and Lyfts and God knows what other companies that will enter the transportation business in the future,” says Lutz. “A minority of individuals may elect to have personalized modules sitting at home so they can leave their vacation stuff and the kids' soccer gear in them. They'll still want that convenience. The vehicles, however, will no longer be driven by humans because in 15 to 20 years, at the latest, human-driven vehicles will be legislated off the highways.”

20 years at the latest?! Come on, Bob! Give us a little more hope than that! If that’s the case, what are we going to do with all of the cars we have until then? “Of course, there will be a transition period,” says Lutz. “Everyone will have five years to get their car off the road or sell it for scrap or trade it on a module.”

This isn’t the first time we’ve heard a prediction like this. In 2015, Atari founder Nolan Bushnell told USA Today that he thought human driving in cities would be banned by 2035. However, a prediction like this carries a bit more weight coming from a man like Bob Lutz considering his credentials and intimate knowledge of the auto industry.

As lovers of driving here at The Drive, we hate to admit that Bob Lutz makes a lot of good points. While we’re not so sure about the time frame of his predictions, everything he says in his article could very well become a reality and the true future of transportation.