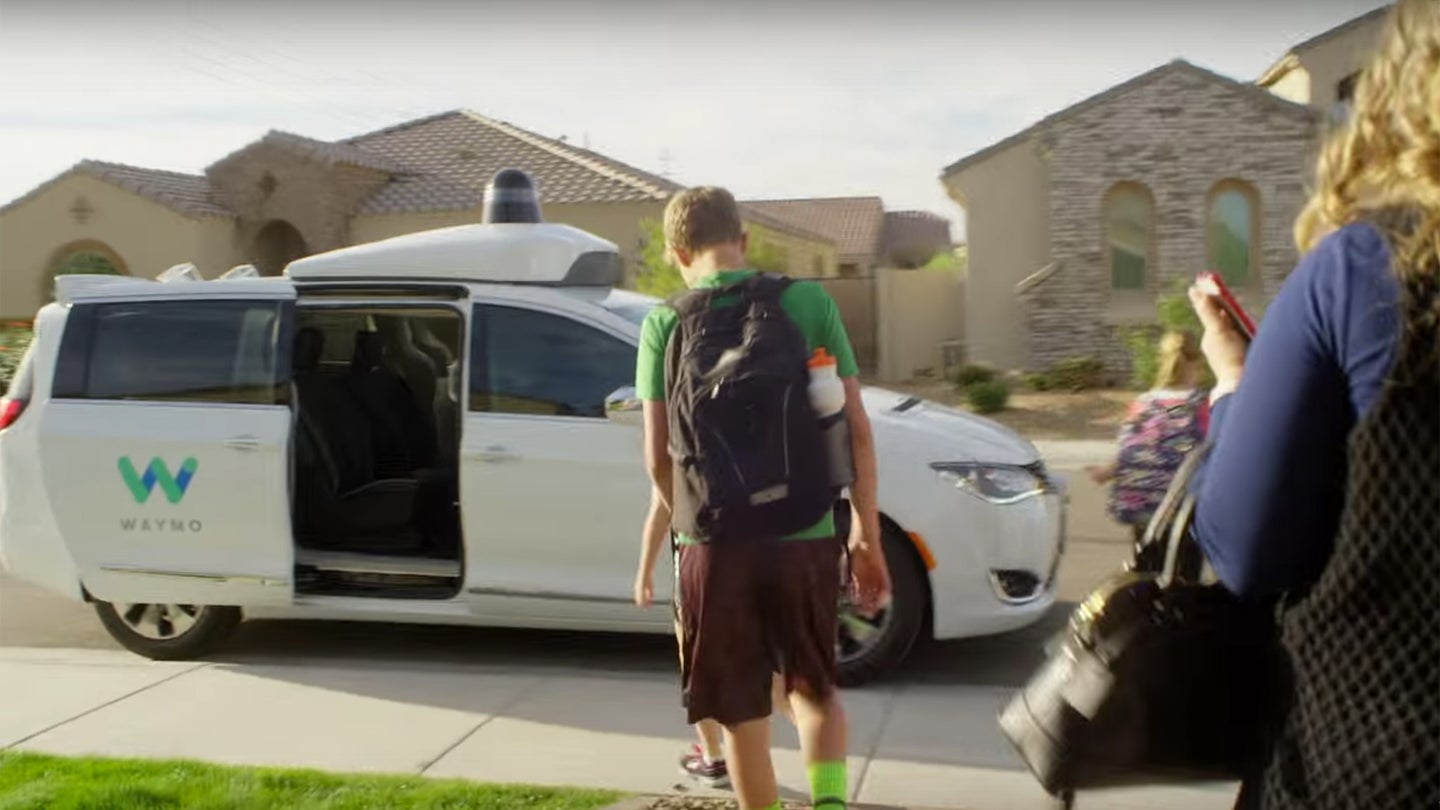 Americans are less fearful of self-driving cars than they were a year ago, according to a new AAA study. But fears of autonomous cars remain quite high, the study said, raising questions about how companies will win over a skeptical public.

Of those AAA surveyed, 63 percent said they would be afraid of riding in a fully-autonomous vehicle. While that is high, it's down from 78 percent in early 2017. Just 28 percent of survey respondents said they would trust a self-driving car, while 9 percent said they were unsure. This is the third year AAA has conducted this study, but it's the first time researchers have noticed a dip in negative feelings toward self-driving cars. However, they are unsure about the cause.

"It's tough to say... we're talking about an emotion," Greg Brannon, AAA's automotive engineering director, told The Drive. He said one factor might be the rise of driver-assist systems, such as adaptive cruise control and autonomous emergency braking, which me be getting people used to the idea of giving up (some) control.

"I think what people might want to consider is that it will be an evolution rather than a revolution," Brannon said. A gradual introduction of automation may alleviate consumer fears, he believes. But that will require "really clear definitions and consistency" in discussing the performance of both driver-assist systems like adaptive cruise control, as well as fully-autonomous cars, he noted. He said the current SAE autonomy levels are only useful within the auto industry, and that a new labelling system will be needed for discussing the technology with consumers.

Current driver-assist systems are often mistaken by consumers and members of the media as offering fully-autonomous driving, and the situation may only get more confusing. Human beings aren't very good at monitoring a system and then being abruptly asked to take over, but that's exactly what low-level autonomous systems like Audi's Traffic Jam Pilot may soon require them to do.

AAA estimates that human error contributes to more than 90 percent of crashes, yet 73 percent of survey respondents said they considered themselves to be above-average drivers. If people are confident in their driving abilities (even if that confidence may be misplaced), they're probably less likely to trust autonomous cars. They won't likely see the potential safety benefits AAA does.

"We do believe that it holds promise to save thousands of lives on the road every year," Brannon said.