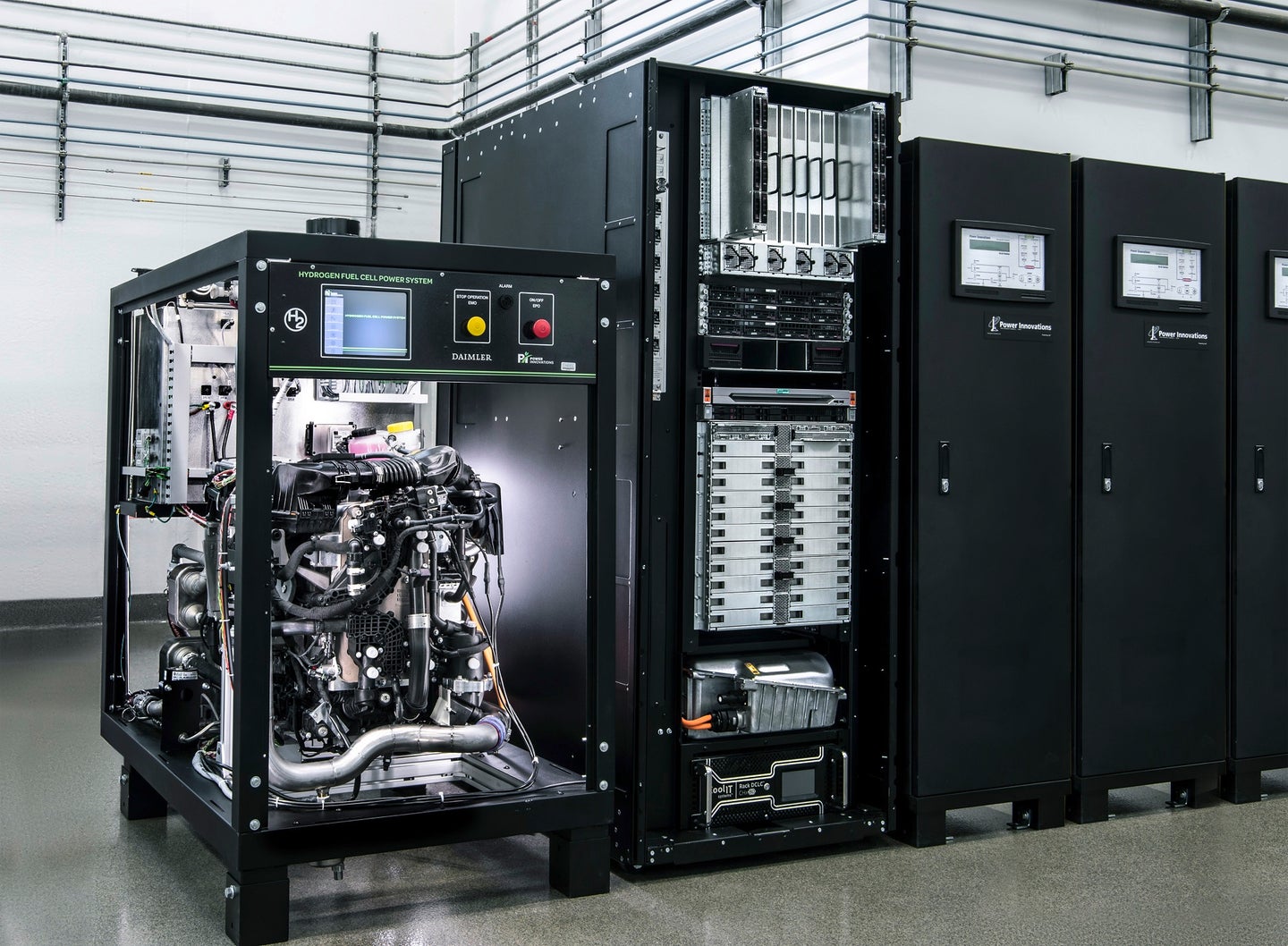 As cars become more high-tech, car companies are beginning to look less like manufacturers and more like tech conglomerates. Think Tesla and how it makes cars but also are deep in infrastructure projects with its Supercharger network and home Powerwall installations. This sort of diversification is happening across the globe with many different manufacturers including Mercedes-Benz parent Daimler.

Earlier this year, Daimler unveiled the Mercedes-Benz GLC F-Cell with its latest fuel cell technology. It was 30 percent smaller with 40 percent more power and could fit in the engine compartment of most passenger vehicles. Together with Mercedes, Daimler subsidiary NuCellSys is collaborating with Hewlett Packard Enterprise, Power Innovations and the National Renewable Energy Laboratory to use automotive fuel cell tech in stationary power systems.

The most immediate application of the technology is in data centers. In the U.S. alone, data-centers are estimated to consume 140 billion kilowatt-hours of electricity by 2020. That’s the equivalent of 50 power plants and likely produce as much as 100 million metric tons of carbon pollution every year.

The partnership aims to use hydrogen fuel cells to create highly reliable, low emission power to these data centers. Not only can the fuel cells create power with fewer emissions than the traditional power grid but they can be placed within the data centers to eliminate the inefficiencies of power delivery. Fuel cells can also cut down the cost of building these centers, which spend anywhere from 30 percent to 40 percent of their construction costs on traditional power distribution.

The partnership is expected to release the results of its first project, a prototype system, at this year’s upcoming SuperComputing 2017 conference in Denver, November 13-17.