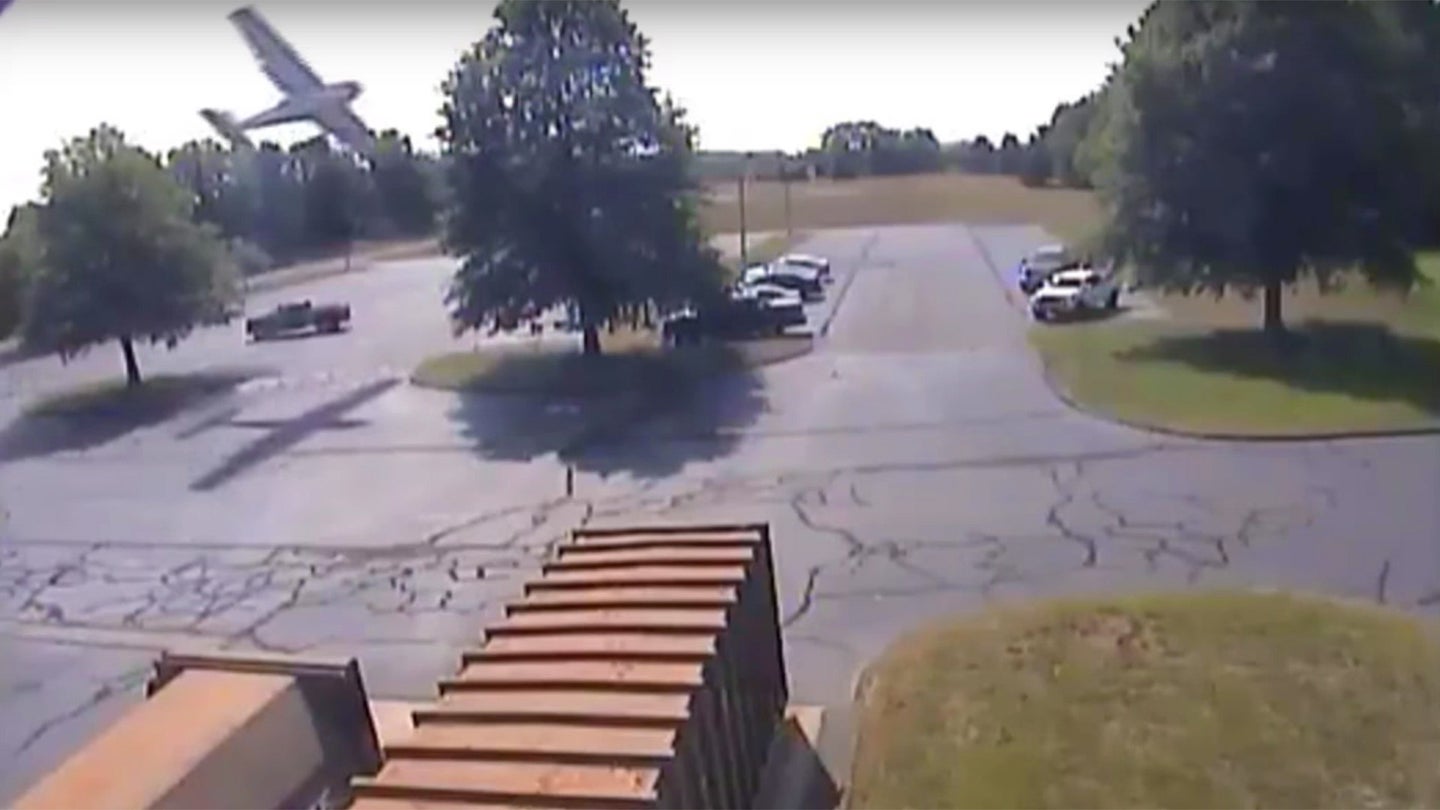 There's no such thing as a minor fender-bender when it comes to plane crashes, but one pilot seems to have suffered the closest thing to one on Monday morning. WFSB reports that Manfred Frost suffered only minor injuries when his Cessna crashed immediately after takeoff from Robertson Field in Plainville, Connecticut.

Federal Aviation Administration officials told WFSB that the small single-engine Cessna veered sharply off the runway right after taking off at 11:30 Monday morning, crashing smack into a tree in the Carling Technologies parking lot adjacent to the airport. The FAA is still investigating the cause of the crash, but the agency did say they are looking into a fuel leak issue.

Typically, aircraft continue to follow the heading of the runway after they take off from until it ends. But to hit the tree in the Carling Technologies parking lot, the Cessna had to make a sharp turn halfway down the runway. It is likely that at takeoff speed the airplane did not have enough runway left to come back to earth...but it's unknown at this time why the pilot turned the way he did.

As you can see below, a Carling Technologies security camera captured the crash in perfect detail. The low-flying Cessna attempted to cross the parking lot, banking sharply to avoid the trees near the building. It missed the first tree...but not the second. The plane pirouetted in mid-air, then fell to the ground next to the tree it cut in half.

It's hard to tell from the camera angle, but it doesn't look like the plane or the falling branches damaged any cars in the parking lot. Fortunately, the plane didn't have far to fall, letting the pilot off easy with only minor injuries.

We will have to wait for the FAA to complete its investigation to find out what caused the crash—but whatever the reason, this turned out to be a lucky escape for everyone involved.