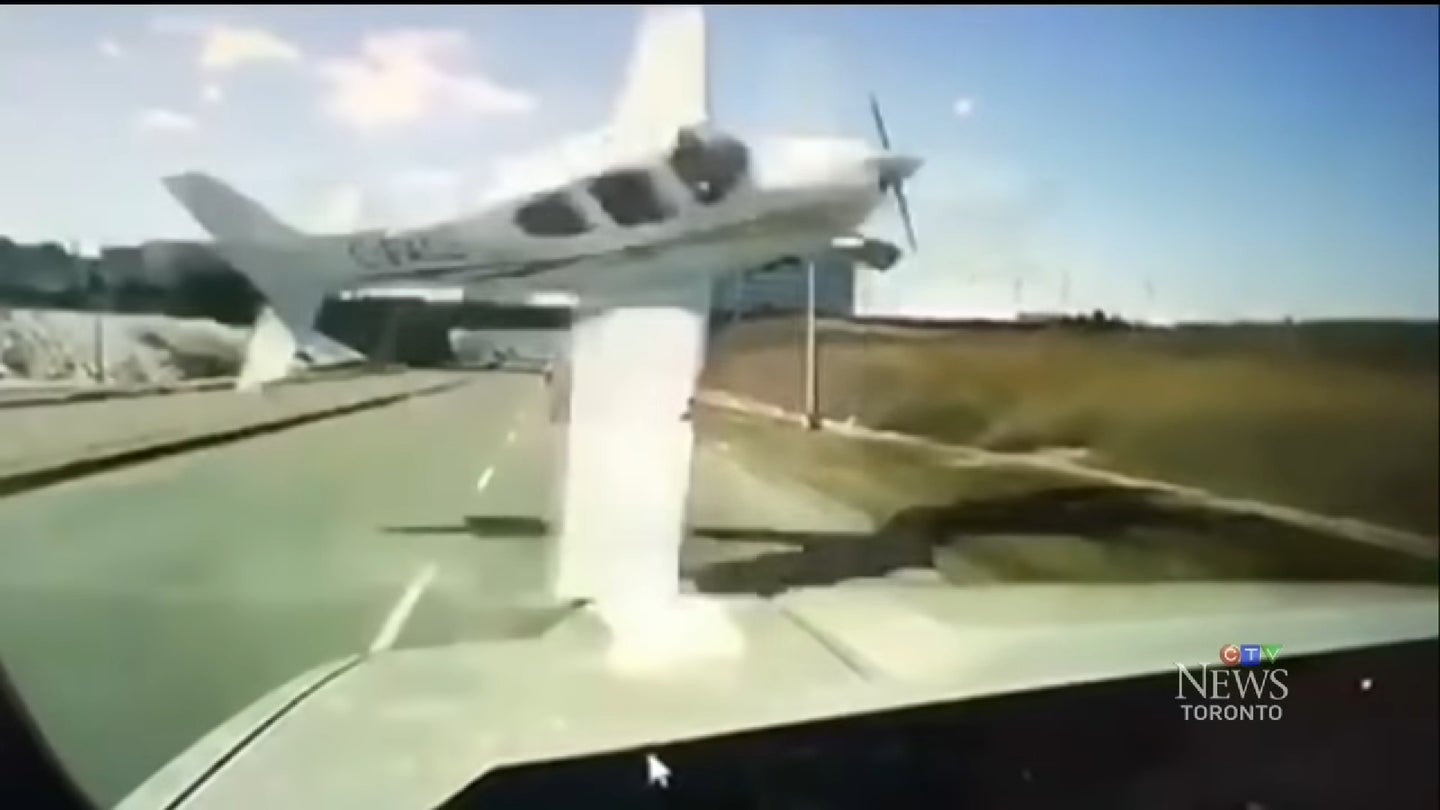 Wild dashcam footage shows a plane barely missing a car before crashing into a ditch. And no, this didn't happen in Russia or Florida.

According to CTV News, it happened around 2 p.m. on Tuesday near Buttonville Airport several miles north of Toronto. The privately owned, single-engine Cirrus SR20 was reportedly being flown by a male flight instructor accompanied by a female student performing a training exercise known as the "touch and go." Neither of the aircraft's occupants were seriously injured.

"So you come in to land and you basically do a landing and you slow down and accelerate and then you do a go, another takeoff," explained Canadian Transport Safety Board regional manager Ewan Tasker. "It's an easy way to get a bunch of takeoffs and landings in if you are doing some training. A standard maneuver…but in this case, something went wrong." Unsurprisingly, the Cirrus itself sustained heavy damage to its nose and sides.

According to investigators, the plane failed to gain enough altitude during takeoff, causing it to speed across all four lanes of 16th Avenue, narrowly missing at least one vehicle before crashing into a ditch on the north side of the street. Although no motorists on the ground were injured, we wouldn't be shocked if the driver behind that particular dashcam needed a change of pants.

"That [the] aircraft wasn't involved in a collision with a vehicle coming through here is quite amazing," York Regional Police Sargeant Dave Mitchell told the news outlet.

The Canadian Transportation Safety Board is currently investigating the crash, an incident it's referring to as a "runway excursion."

The cause of the accident has yet to be determined, but it’s the second disaster involving a Boeing 737 Max in eight months.

Photographer Don Jackson Wyatt doesn’t just snap planes flying through a valley, he zooms in and captures every rivet and paint chip, too.

Could These New Airplane Seats Make Flying in Coach Tolerable?

A new setup for commercial airline seats by British design firm Layer could ease the pain for customers stuck in the cheap seats.