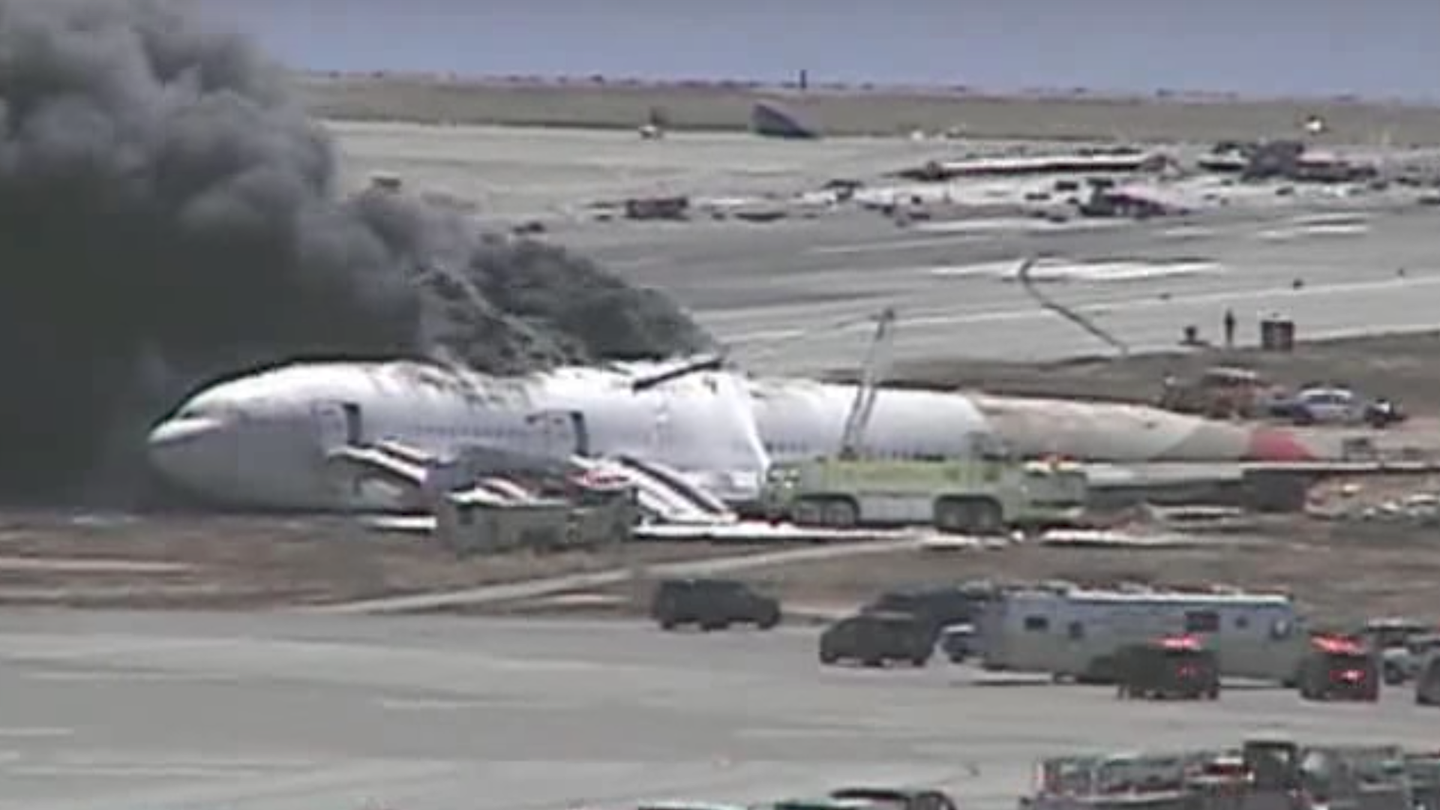 Video uploaded to YouTube in late June shows the Asiana flight 214 crash that killed three and injured 187 people at San Francisco International Airport in July 2013 from a whole new angle, as well as the emergency response that followed.

The 47-minute video shows the whole incident—from impact to response—from the perspective of the airport's tower. Following the crash, large smoke plumes can be seen rising from the top of the aircraft. The clip also shows plane's inflatable slides deploying from the aircraft, and an entire fleet of rescue vehicles responding to the scene.

The crash occurred on July 6, 2013, when the Boeing 777 snagged a seawall as it advanced toward the landing strip. It hit a low speed of 103 knots just seconds before the impact, according to the New York Post.

One of the people killed in the incident was 16-year-old Ye Meng Yuan. Ye, who was traveling to summer camp, was injured during the crash—and then run over and killed by a first responder after she escaped the aircraft, according to CNN.

Before being shared online, the video was only passed around between officials who were investigating the incident. They are unsure how it wound up online, according to SFGate.com.