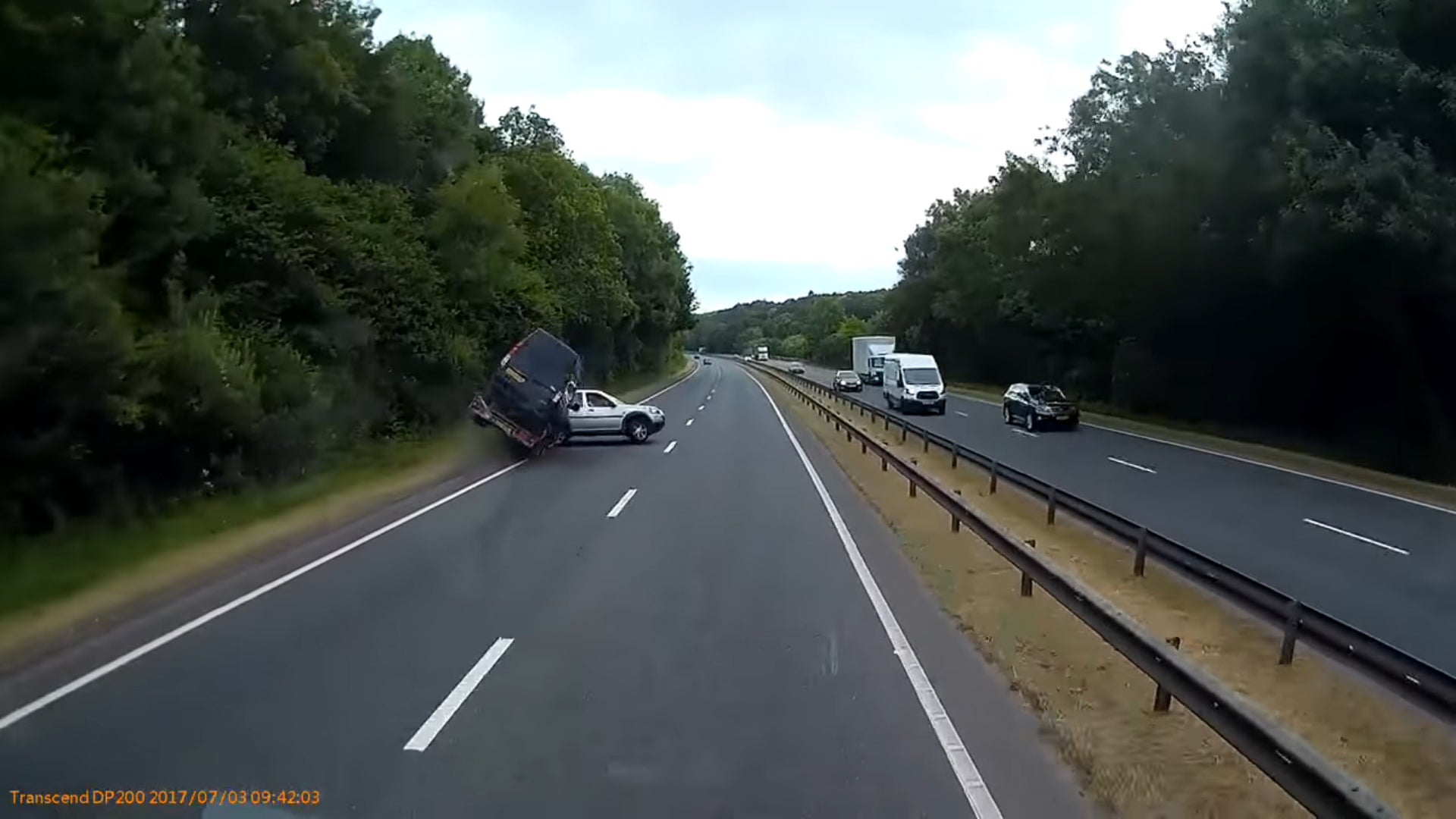 There's a lot of math that goes on behind the scenes when it comes to determining just how much weight a vehicle can tow safely. Whether you're an engineer or somebody who happened to rent a U-Haul trailer, some common sense applies when moving any vehicle on a trailer. Unfortunately, this driver learned their mistakes the hard way.

Towing cars isn't really something just anybody should be able to do without proper training. Learning not only how to identify a vehicle's towing capacity, but also how to control the vehicle and recover from mistakes can help to prevent injury or worse. Let's take a look at the specifics in this case and see just where the driver went wrong. The towing vehicle is a mid-2000s Land Rover Freelander. Its curb weight is just a hair over 3,500 lbs and its towing capacity is rated for 2,500 lbs. Its trailer appears to be akin to an auto transport trailer that can be rented from U-Haul. The van appears to be a mid-2000s Mercedes Vito 111 CDI Long which has a curb weight of around 4,500 lbs

One of the prominent issues with the weight alone is that the van is far beyond the towing capacity of the Freelander. Combined with the weight of the trailer, the inexperienced driver, and the placement of the vehicle - there's a recipe for disaster.

When a drive places too much weight behind the axles of a vehicle, especially one with a short wheelbase, they encourage trailer sway. In this phenomenon, the further back weight is placed, the faster and more vigorously a trailer will oscillate in relation to its towing axis. Such an example can be viewed in both this YouTube video, as well as the accident video below.

Many inexperienced drivers will experience this when towing a heavy load behind a vehicle if they did not receive proper training. To recover, some drivers will speed up to straighten out the trailer and slowly decelerate without using the brakes. Once the load is properly adjusted, the driver can test again for sway. Sadly, this case wasn't as fortunate, as the driver of this failed towing attempt found themselves upside down and apparently with a financial loss.