But the science bros are not convinced. 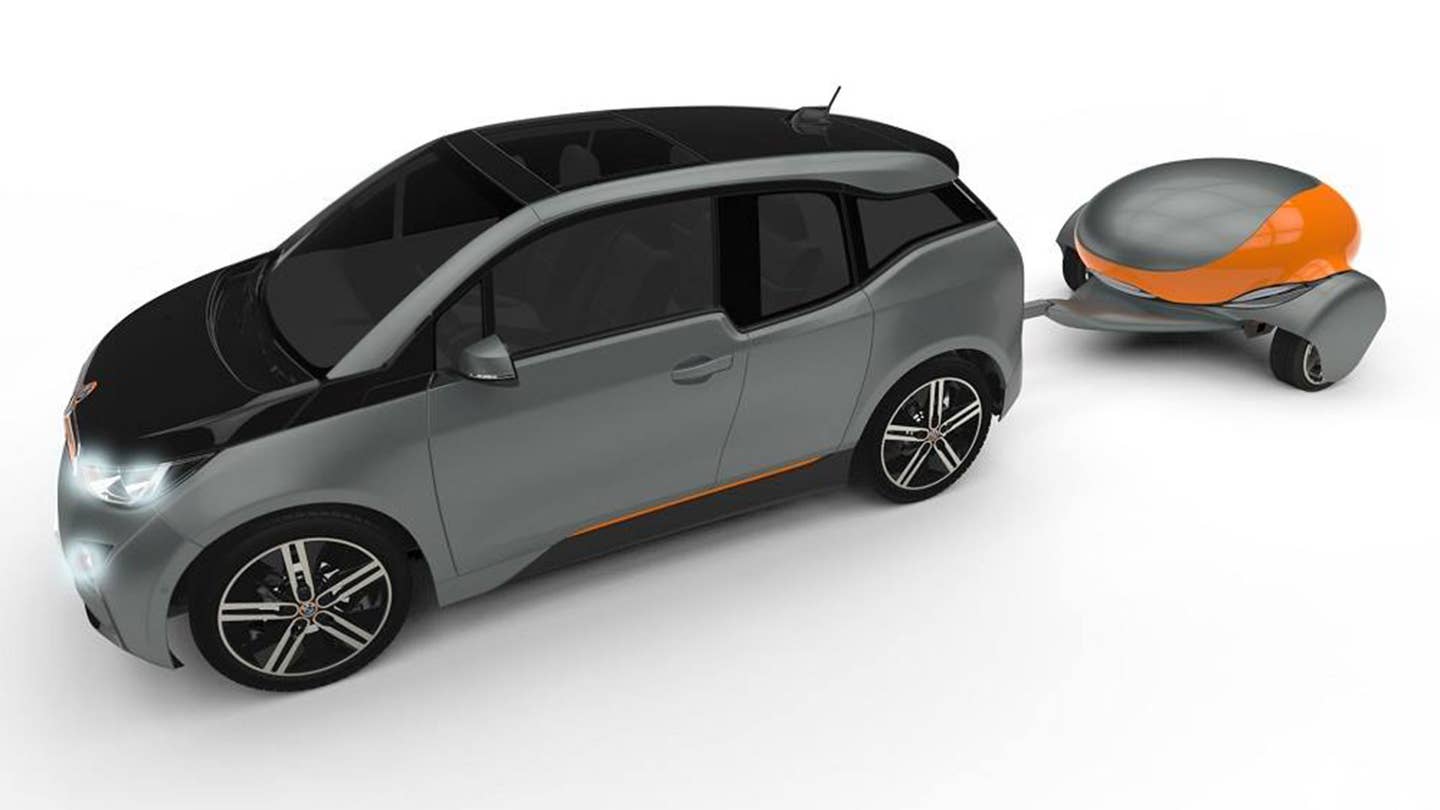 Nothing shouts “range anxiety” (or “voided warranty”) like a Chevrolet Volt or Nissan Leaf trailering a Sea-Doo. Electric cars aren’t even expected to tow an inflatable dinghy. That hasn’t dissuaded a German firm from applying the kind of logic known to backcountry hikers and potbellied truckers the world over: Carry what you need.

As our colleagues at Fortune.com reported last week, Nomadic Power proposes that purely electric cars tow a compact, topped-up backup battery of Nomadic’s design. The unit would come in handy when a quick charge is not available, like when you’ve gone off the established trails of chargers peppering parking garages and Carl’s Jr restaurant lots. Electricity can flow from the battery’s custom trailer to the car’s onboard pack when your EV is in motion or parked, with an 85 kilowatt-hour capacity—not long ago the maximum storage offered by Tesla. Nomadic would make its euros by charging a rental fee for the trailered battery.

While The Drive applauds the gumption and entrepreneurship of this startup venture, we’ve seen more than a few EV mousetraps come and go since the Volt and Leaf came on the market five years ago. So we called the Union of Concerned Scientists, a nonprofit that strives to keep Planet Earth on the straight and narrow, to gauge its thoughts on whether a service like Nomadic’s can help speed the adoption of EVs.

“First of all, range anxiety is not what it was five years ago,” says David Reichmuth, senior engineer for the UCS’s Clean Vehicles Program. “The Volt and the Leaf, those were just two cars, whereas now every carmaker seems to have at least one plug-in.”

That’s not to say Reichmuth sees the dozen-plus plug-in models added to U.S. showrooms since 2011 as proof that range anxiety was a red herring all along. Nissan and other carmakers building EVs with 100-mile rangers have largely failed to convince a critical mass—even a mass that largely drives less than 60 miles a day—that EVs are worth buying.

One strike against the battery-towing idea, at least over the long horizon, is that car companies will soon expect you to drive many cars during the course of your week, even if you may not own them.

“Yeah, you could tow a battery, but why not have the car you need for the task at hand?” Reichmuth says. “The industry is starting to do this, looking at different models of vehicle ownership. Maybe you just rent a 100-mile EV that takes care of your around-town trips, and you own an EV that gives you longer range to get out of town. With GM investing in Lyft and thinking of themselves more as mobility providers rather than a car company—or at least that’s the public face they’re putting on it—it’s become increasingly possible that we’ll just drive the cars that we need at the moment, whether we own them or not.”

The USC isn’t in the business of endorsing or shooting down German EV startups. But the message from car companies, who are now pushing 200-mile ranges as the new entry-level benchmark for EVs, is unambiguous: Trailered batteries are dead weight.