The 8 Best Luxury Cars You Can Actually Afford

Depreciation is your friend. 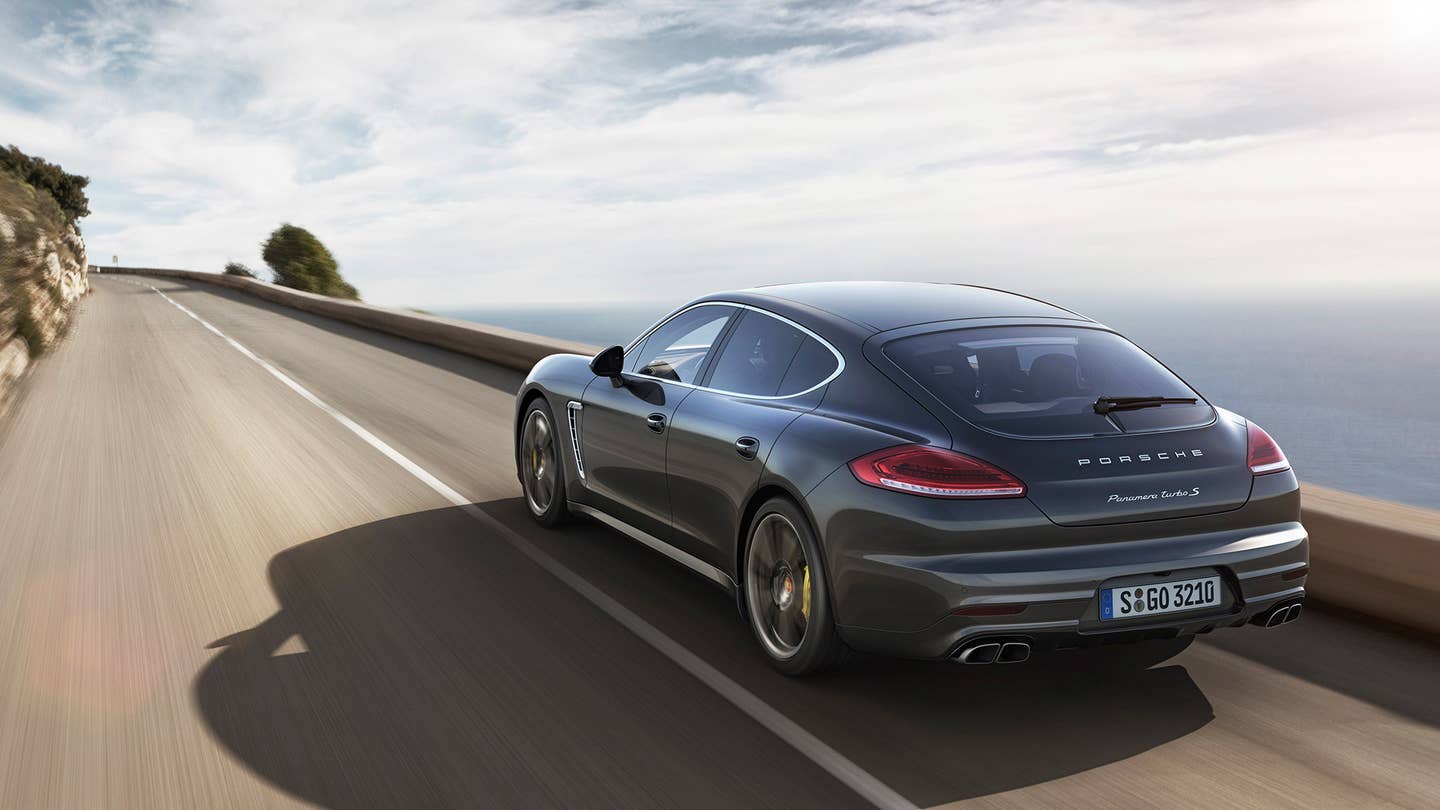 Psst, buddy: Can I interest you in a three-year-old Porsche Panamera Turbo S? More than $190,000 brand-new, now slashed to $75,000. How about a lightly used Mercedes S63 AMG sedan? This German conqueror once demanded a king’s ransom of $142,000. Now you can blow everyone away, including neighbors, and no one need know you paid less than 70 grand.

Like some other high-end automobiles, the Porsche and Mercedes have seen resale values plummet, to the point that they’re screaming deals for the right buyer. Even less-dramatic examples hold a financial lesson that often gets lost in the hype: Your new Mustang or Mercedes is not a collector’s item, unless your brilliant investment plan is to sit on it for 40 years. So repeat: A used car almost always makes more financial sense than a new one. You might float a little higher on that new-car smell, but the next owner will float along in the same car and thank you for subsidizing his pleasure. The reason should be obvious. Depreciation hammers virtually every car during the early years of ownership. And that’s where sweetest deals can be found, after the initial hit of “drive-off depreciation” and before that decline slows and stabilizes.

The typical new car will lose more than half its original sticker price – or 53 percent – in just three years, according to the National Automobile Dealers Association. Pickups and SUVS are doing a bit better, thanks to explosive demand, but shedding 46 percent of value over three years isn’t exactly a bragging point.

We’re as guilty as the next enthusiast of fawning over the newest, hottest models. But a high price and profile can go hand-in-hand with distressingly low resale value. One reason is simple: The universe of potential buyers for, say, a three-year-old Nissan GT-R is a fraction of that for a three-year-old Honda Civic.

“If you can afford that kind of car, you’re just going to buy the new one, or lease it to keep those payments lower,” said Larry Dixon, senior manager of market intelligence for NADA’s Used Car Guide. “And even used, these are still expensive vehicles, so the price has to fall to a point where supply and demand come together.”

The result is a kind of netherworld for lightly used luxury and performance cars. Owners and dealers want to sell. A smaller subset wants to buy, but they’re not bluffing: They really are on a budget. Something has to give.

That financial reality is your secret weapon at shopping time. If you’re not obsessed with this year’s model, you can still impress the neighbors – and yourself – by driving cars or brands that you otherwise couldn’t afford. If you’re worried about maintenance, most certified pre-owned models can boost powertrain or bumper-to-bumper coverage to 100,000 miles.

To uncover the most ridiculous, eye-popping deals, we perused data from both NADA and TrueCar, which closely tracks dealer transaction data on new and used rides. We focused on 2013 models, the three-year-old cars that are flooding back into the market. Most are already worth less than half their showroom value, but that depreciation will slow dramatically over the next five years. These are pampered purebreds awaiting rescue and a loving home – perhaps yours.

When it was still hot like Godzilla’s breath, the GT-R was fairly fierce in resale value. A 2009 GT-R that typically transacted for $79,000 was still worth $55,000 in a dealer trade three years later, or 71 percent of its original sticker price. But as the Nissan’s price has soared, its resale value has tumbled. A 2013 GT-R, which typically sold for around $103,000, is worth barely $56,000 today, or 55 percent of its original freight. In other words, the 2013 Nissan cost $24,000 more than a new 2009 model, but virtually all that extra cost is being washed away at trade-in time. For supercar bargain shoppers, the math is easy: Buy a later-model used GT-R, enjoy its evolutionary upgrades in power, performance and refinement, and let the original owner take the brutal hit.

At Mercedes, several models from the high-performance AMG division (and/or cars with V12 engines) should come with a second odometer – to wind down resale value as the miles go up. Consider the S63 AMG sedan. In three years, Mercedes 536-hp autobahn demon has lost more than half its original $142,000 value. When a neighbor drops $70,000 on a prosaic E-Class, and you pull up in this over-the-top flagship for the same price, it’s game over.

Grand touring cars, those deluxe chariots traditionally favored by graying, loafer-favoring gentlemen, are among the most notorious for plummeting resale value. (Aston Martin DB’s and Mercedes CL-Classes are other prime examples). But if you don’t mind driving your dad’s car, a 6-Series has a lot to recommend it: A romping, 445-hp twin-turbo V8 (or turbo six), road-conquering attitude and both convertible and M models. A 650xi coupe that sold for nearly $95,000 back in 2013 can be had for around $42,000, about what you’d pay for an optioned 2-Series coupe.

Sure, Jaguar’s luxury GT is long in the tooth, but it still has plenty of bite, including styling – coupe or convertible -- that’s a dead ringer for an Aston Martin DB9. A three-year-old XK8 Touring coupe, with a 385-hp V8, can be had for well under $40,000 . The XKR coupe, with knee-weakening looks and a kneecapping 550-horsepower supercharged V8, flaunted a $133,000 price tag in showrooms. Now you can have one for around $65,000, and feel like a real-life Walter Mitty.

The understated S60 always flew under the radar, and virtually disappeared during Volvo’s fallow period as the company was bought and revived by China’s Geely. Resale value tumbled accordingly. Yet the S60 was always a handsome, smart and impeccably safe luxury sedan. Now Scandinavian car fans can steal a three-year-old S60 –worth more than $40,000 new – for around $16,000. You can’t buy a new Hyundai Elantra for that money, let alone a Volvo.

When a brand discontinues a model, “that tends to erode the value,” says Eric Lyman, TrueCar’s vice-president of industry insights. Yet there’s a big difference between a fine car like the CC going away, and an entire brand going under, as with Sweden’s Saab. “The CC is still being supported by VW, so you can still get the car serviced and getting parts.”

For savvy buyers, that makes a used CC – a handsome, sophisticated sedan in the mold of “four-door coupes” like the Mercedes CLS – an incredible buy right now. A 2013 CC can be had for less than $15,000, compared to a new sticker price approaching $35,000.

Remember when the biggest issue with the Leaf was whether you could get your hands on one? But like its electric rival, the plug-in Chevy Volt, the Leaf is withering on the used-car vine. The Nissan’s value has plummeted faster than any car on the market, a shocking 77 percent in just three years: A Leaf that stickered for around $35,000 on average can be had for $10,000 or less. Blame cheap gas, but also consumer anxiety over buying a used EV that may need a battery replacement sooner rather than later. Yet for people who dream of never using gasoline again – and can’t afford a Tesla – the Nissan is still a worthy and hyper-efficient ride.

With their blue-chip reputations for design, tech and performance, Porsches hold their value better than virtually any car in their sales segments. But certain versions of the Panamera, including the Hybrid and top-dog Turbo S, are a different story. Basically, when a Porsche – or virtually any car this side of a Ferrari – sells for $192,000 in showrooms, it’s got a long, long way to fall. For around $75,000, used buyers can have Porsche’s 550-horsepower, AWD super sedan, put three friends aboard, and blow away Corvettes with a 3.5-second romp to 60 mph.