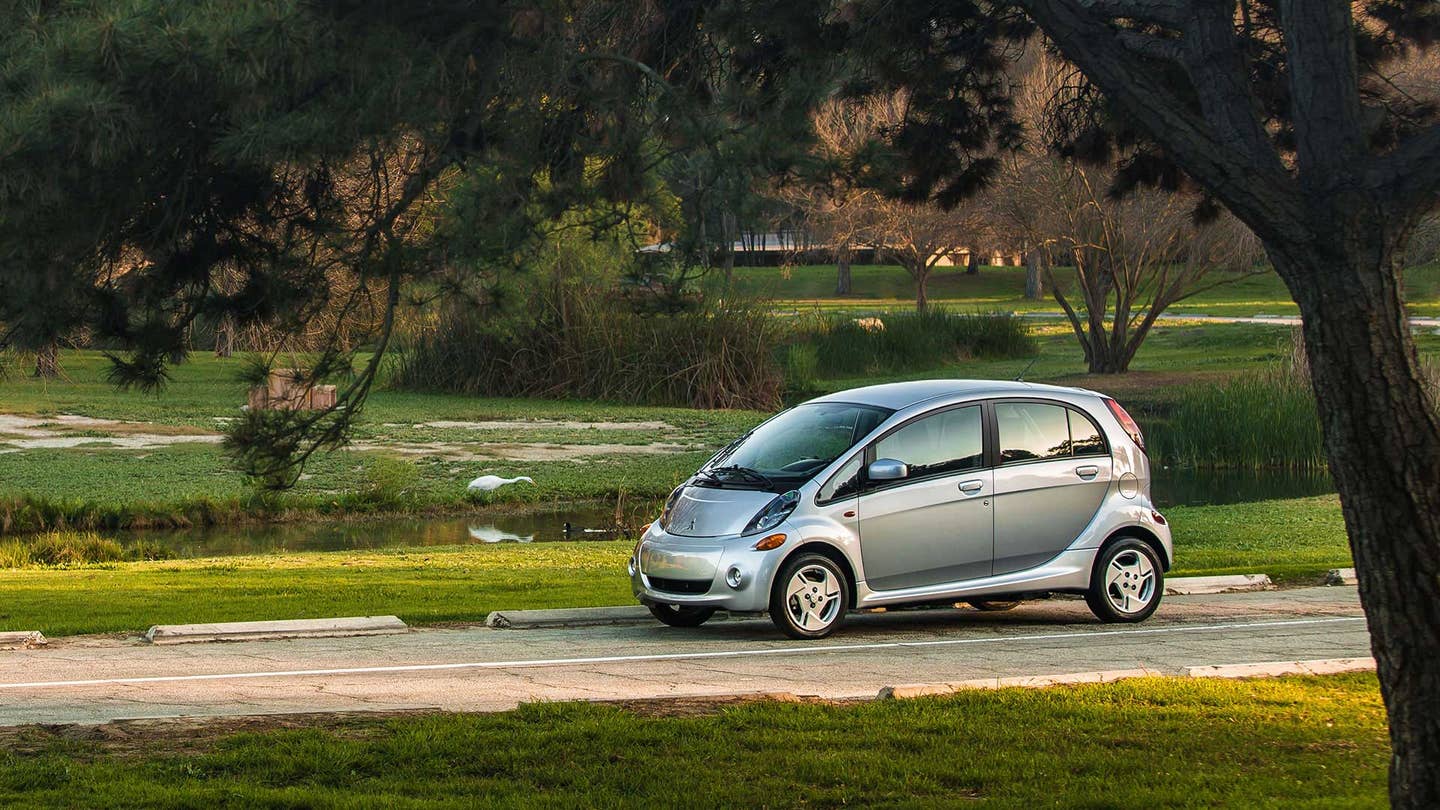 In the summer months, I drive a car that, when it was new in 1985, was lucky to break 15 seconds to 60 miles an hour; these days, that number’s closer to 20. I love driving it, though, so I rest easy in the knowledge that a car’s pleasure-to-drive quotient isn’t directly correlated to its horsepower; there’s pleasure in driving a slow car slow. In fact, in a car market in which Honda Accords blast to 60 in under six, and the majority of the Corvette range does the spring in under four, it’s almost more special to be a tortoise. Should folks, for example, see you at 72 mph on the interstate in a Toyota Yaris, you’ll be the recipient of respectful nods—maintaining such velocity with 106 horsepower takes work. With respect and a touch of good-natured teasing, here are the 11 slowest cars on sale in America today, whose stats we compiled from manufacturers and the good people at Car and Driver.

Long may they amble.

Chevy’s mid-size truck was meant to haul drywall, not launch from stoplights. With the base four-cylinder, the Colorado needs almost 10 seconds to hit 60: acceptable by truck standards, but those seeking promptness in a pickup ought to look elsewhere.

The Trax suffers from the same science as the HR-V: It’s essentially a Spark in drag. That means a tiny car’s drivetrain saddled with extra mass and a blunt, wind-catching face.

The Toyota Prius is the world’s best-selling hybrid: Its fans and owners couldn’t care less about speed or lap times. So, Toyota turned the dial all the way to “Eco,” and the results are… slow. But damn economical.

The Accent’s “accent” is on the reasonable, even miserly, consumption of fuel and its owner’s finances. As the walloping motors we love have prodigious thirst, the Accent is socked with a 1.6-liter lawnmower motivator. When prodded, the engine is, of course, stressed.

The real “mirage” is that the Mitsubishi Mirage is a car. In fact, as equipped with its 74-horsepower motor, the Mirage is simply a moderately zesty Japanese teapot whose thrust is provided by the wishes and dreams of its owner. The Mirage, for those who love to trundle.

You can’t knock the Soul EV for a dearth of speed—it’s an EV! And not a Tesla! In fact, 12 seconds to 60 is a fantastic time for a golf cart.

Ford’s big van is powered by a trusty five-cylinder, turbocharged diesel engine—just like my Mercedes Jar of Molasses—and is a competent hauler once up to speed. Getting there, however, requires patience. Like, enough to fill a cargo van.

With the dubious honor of the slowest car sold in America, we present the Mitsubishi i-MiEV. It’s the cheapest EV on sale, with a price of $23,845, which is fairly shocking considering the expensive tech on board. Still, those initial savings might pale in comparison to the social cost of being late to every breakfast, lunch and dinner date on your calendar.