Not everything is a fight to the death. 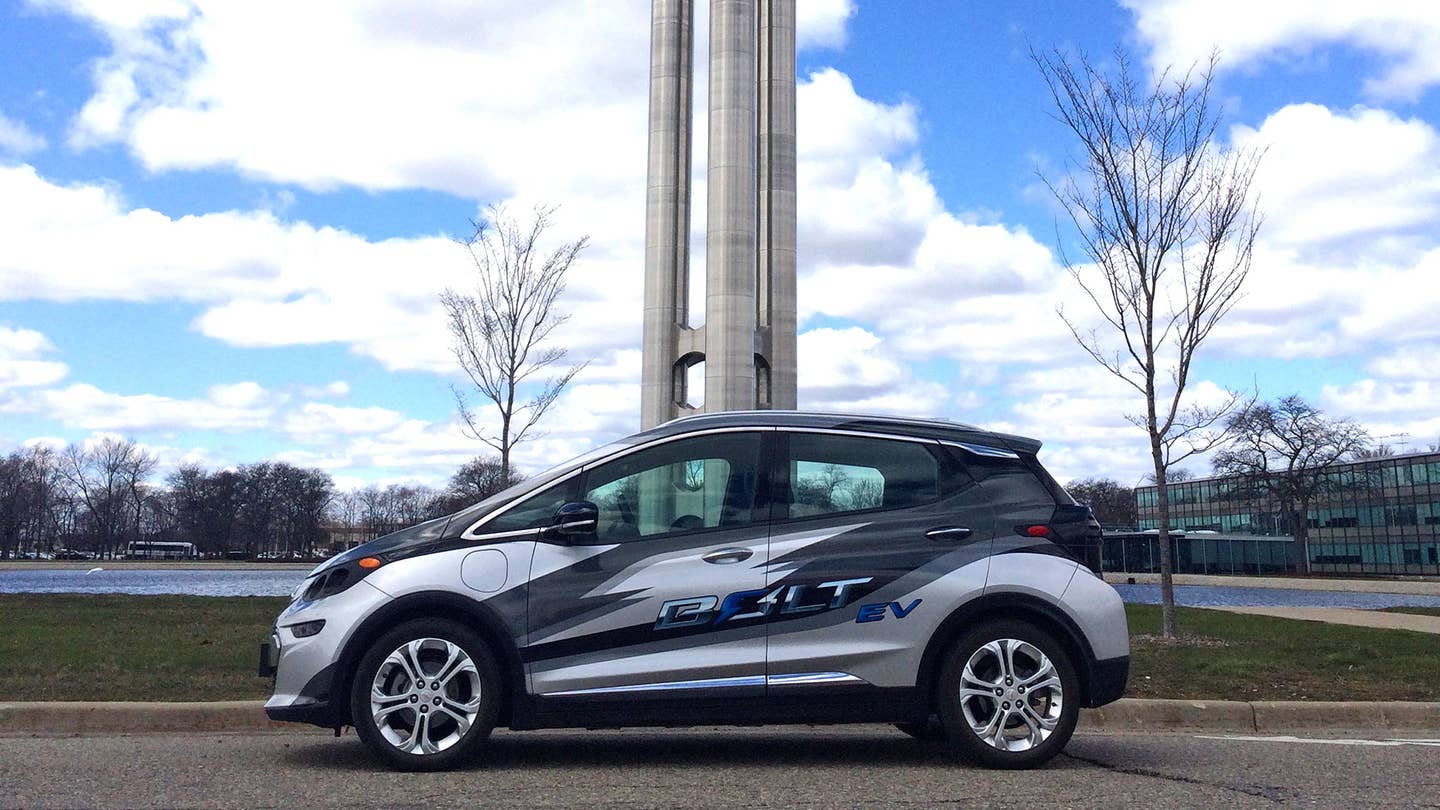 On a recent press launch, I was stuck in a Mercedes SUV with an elfin Texan who considered himself a foremost authority on...everything. This is not uncommon amongst short men, or Texans, but it didn't mean he was right about the Fiat 500 Abarth. His point, which he punctuated with plenty of finger-pointing, was that the $20,000 Italian import simply couldn't compete with the Ford Mustang EcoBoost. Though we had some distance to cover and I don't normally argue with armed dimwits, my response was not contrite, and it didn't have to be: though both are retro-styled two-doors with turbocharged four-cylinders and budget interiors, nobody is cross-shopping these two cars. The Venn diagram of the two potential buyers would show an overlap portion about the size of all the people voting for Paul Ryan in the Republican primaries.

A similarly asinine debate has been a focus recently: that there must one day be an EV primacy of either the Tesla Model 3 or the Chevy Bolt. Again, though both have proximate battery ranges, number of doors, price tags, and provenance, the idea of their existing in the other's competitive set is specious—at best.

According to Edward's research—an annual experiential survey of over 300,000 new car buyers—Tesla operates in a sphere dominated not by penny-pinchers (or petroleum), but by elite arbiters of performance and prescience.

Thus, the 400,000 hoped-for Model 3 buyers are coming to the brand—like the 100,000 estimated Model S buyers before them—not from the purgatory of Toyota Prii and Nissan Leafs, but from a luxury market dominated by players like BMW, Infiniti, and Cadillac. They're looking for speed, capability, innovation, and style. (Though, unless a redesign for the Model 3's weasel-in-a-hardhat exterior is in the works, they may continue looking for the latter.)

And they're willing to pay for it. Tesla is making much of its promised $35,000 price tag, but like the similar starting rate for the entry-level BMW 3-Series, this figure has little bearing on the actual transaction. Once luxury consumers are done ticking the options boxes, most BMWs leave the dealership with price tags 20 to 30 percent above the base. Expect the same from Tesla, which, despite original discussions of a sub-$60,000 Model S, has seen average transaction prices in the six figures.

In contrast, the Bolt is a functional compact crossover—the fastest growing, most mainstream, and least exciting segment of our current automotive marketplace. It has a high roof and seating position, a flat floor, utilitarian interior capacity and interior materials, and exterior “styling” that resembles a horizontal kidney. It is, according to Edwards, “a vehicle that satisfies the government regulations, and/or what an automaker thinks people say would satisfy them in a focus group.” He cautions: “Remember that if you ever turned to your significant other or child and said, I’m satisfied with you, they probably would not take that as a positive comment.”

But maybe GM doesn’t care about inspiring passion in the EV segment at the moment. And maybe they don’t need to. Are people passionate about the Toyota RAV-4 or the Honda CR-V or the Ford Escape, the three best selling small crossovers in the market? I certainly hope not, or else they have what Freud called displacement.

I drove a Bolt this week. The Bolt is exciting as an idea, but it isn’t exciting to drive. It’s an achievement, a milestone: a real-life, affordable electric car that will achieve a 200-mile range. Box ticked. When I toured the GM global battery lab, it was empty. The Bolt had been optimized. The director was already talking about a slate of future vehicles.

While Tesla has staked its future on the Model 3, the Bolt it is just a stake in the ground for GM. But if one imagines our electric vehicular future, one can easily see it advancing on parallel tracks: one, in which a heritage team makes incremental advances; and the other featuring an audacious upstart throwing Hail Marys that occasionally, amazingly, connect. Are we supposed to root for just one team?

According to Edwards, only ten percent of the US population will potentially purchase a vehicle with an electric or hybrid powertrain. His research suggests that we’ll not see much increase beyond that until EVs eliminate compromises in performance, styling, capability, and performance—in other words, when they seem more like traditional gasoline models. Tesla is breaking those boundaries and betting on big success by creating a vehicle that, as a sports sedan, exists outside of the current EV paradigm. GM is taking a different tack. When I asked the Chevy folks who they envisioned as the Bolt customer, they said, “anyone who is interested in electric cars or alternative fuel vehicles.”

It's the something-for-everyone approach versus the special-things-for-the-discerning tactic. As a company that makes consumer goods, both Tesla and GM have made their choice. But from a buyer's perspective, it's a false choice; both options can coexist—and in fact share the space better because of, not despite, that difference.

Not everything is a zero-sum competition, no matter how good the headlines.