Let this be a lesson to not be this guy ever. 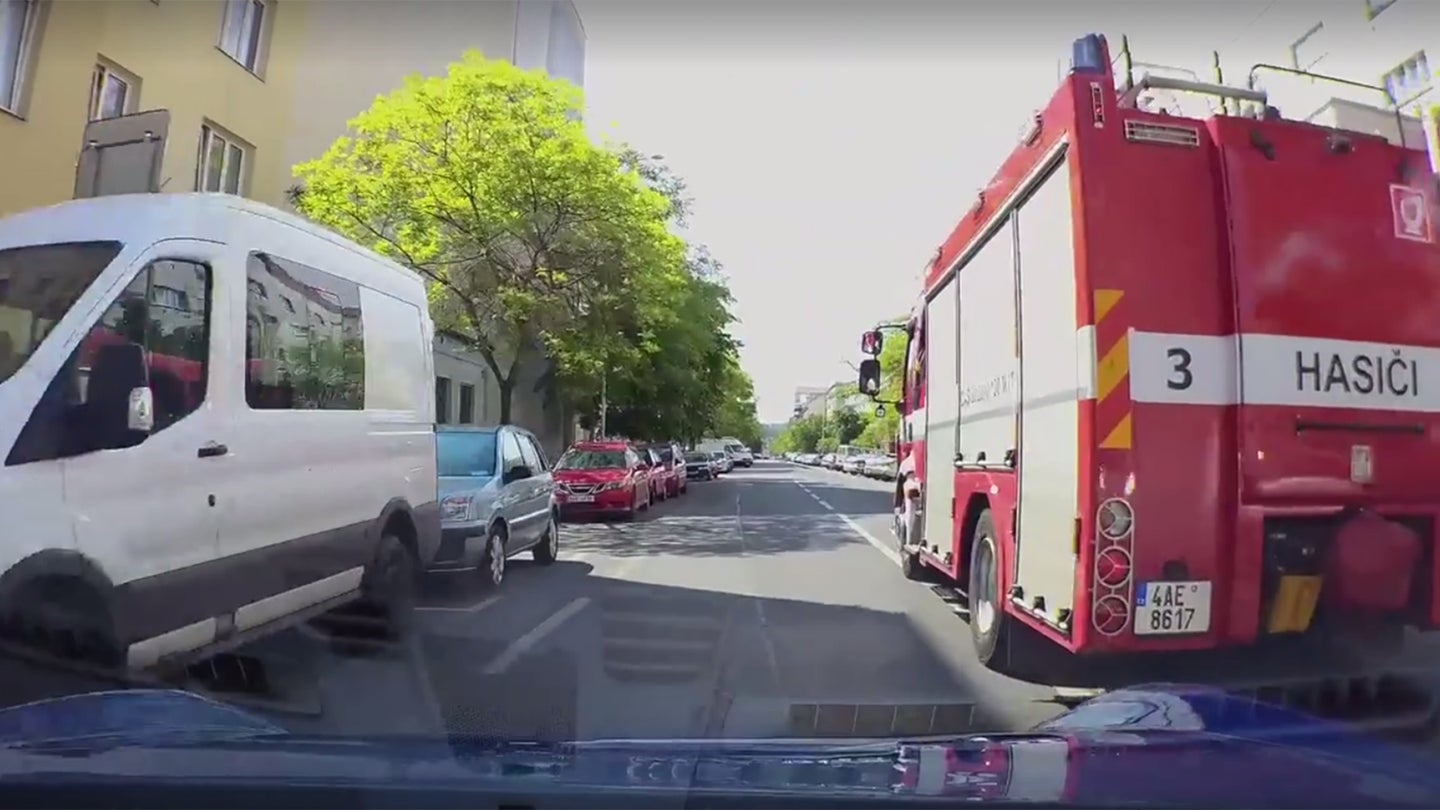 Video shared to YouTube shows a Porsche driver in Prague overtaking a firetruck after clearing an intersection, and the firemen were not too happy about it.

The firemen gave the Porsche a few honks to voice their displeasure. Even if the pass was legal it's not always the safest thing to do. In most cases, this is where the story should end. But it doesn't.

After the honks, the Porsche driver gave the fire truck the old one-finger salute. The Porsche then turned right down a street and the fire truck followed. If that was their intended route or if they were just following the Porsche out of spite, we do not know. As they get to the end of the street, the Porsche slows considerably. Well before the next intersection, the Porsche abruptly stops in the middle of the road.

Likely unknown to the Porsche driver at the time was that the firetruck was half-full of water and weighed about 14 tons. The 14-ton fire truck honked again as it struggled to stop, it then hit the back of Porsche. At this point, all parties got out of their vehicles and seemed to do the normal blame-game routine. The firemen eventually resorted to standing in front of the Porsche so the driver couldn't flee before the police arrived.

According to a report on a Czech police-based news website, the Porsche driver was cited for various infractions at the scene and took his case to court. On August 15, the court fined him the equivalent of about $45. He had been facing a fine of about $450 and a six-month driving ban. We aren't fully read up on the Czech Republic traffic laws, but it seems the Porsche driver, based on a Facebook by him, was able to make a decent case to the judge that he wasn't completely at fault, or at least didn't do some of what he was cited for in the first place.

We at The Drive politely ask that if you do visit the Porsche driver's page, please don't leave him comments. Just read his side of the story and go about your day.

The Porsche dash cam is only available on Facebook.

Regardless, of who did or didn't do what, this whole thing could have been prevented with a little common sense, peace, love, and understanding. Don't be an impatient driver who jets around large vehicles, especially those that are there as a public service. And if someone does cut you off, just let it go. If they turn where you need to turn, maybe just take the next street instead.