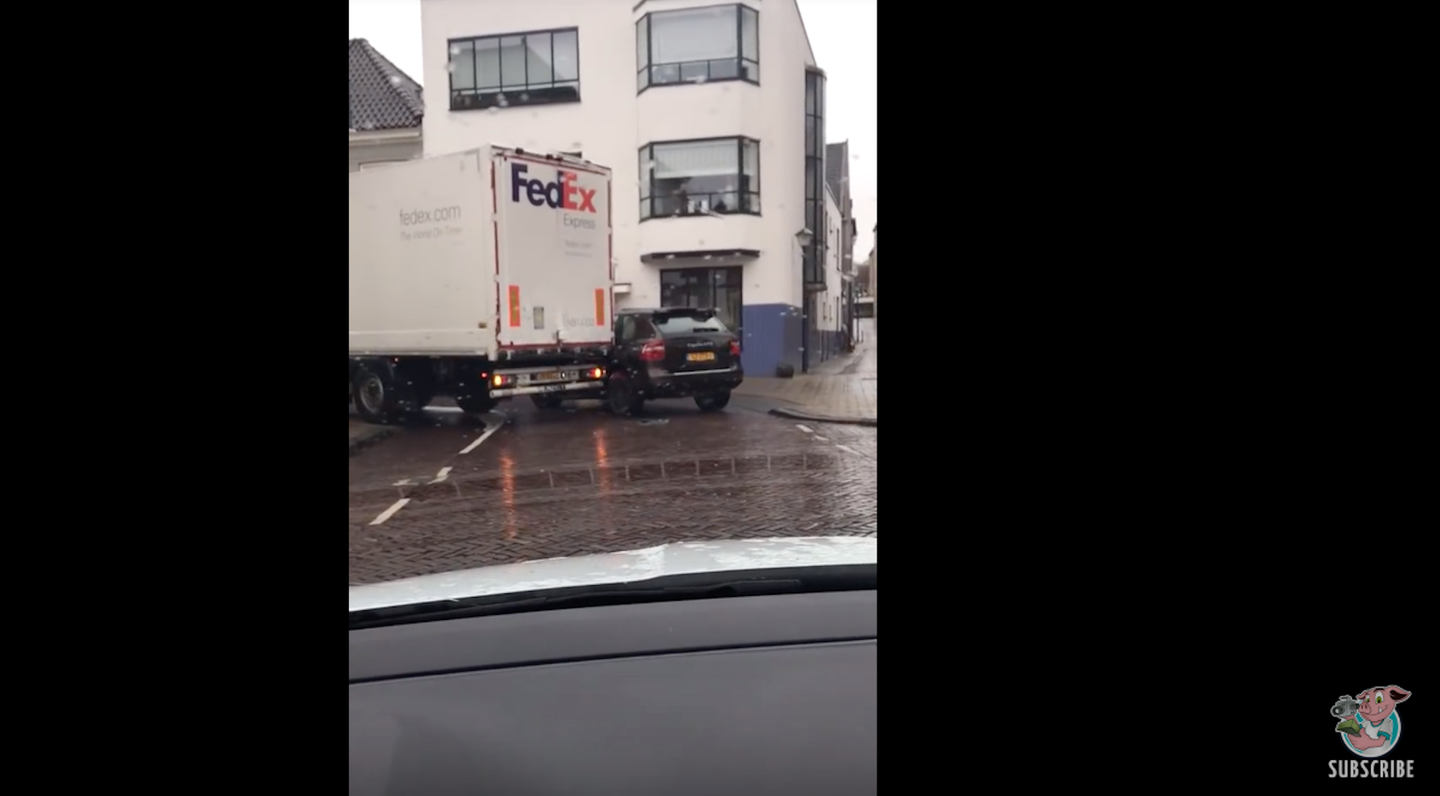 When a Porsche Cayenne is parked where it shouldn’t be, a FedEx truck pushes the car out of the way. Is the truck driver a crusader of traffic? Or just a jerk looking to damage a nice car?

Parking your car where it’s not supposed to be is one of the most irritating bad driver habits out there. No matter how you justify it, maybe you think it’s okay because you’re just popping inside for a second, or you think you deserve primo VIP parking for driving a luxury car, it’s pretty awful when someone can’t act like a big kid and park between the lines. Whether or not that gives someone the right to move your vehicle with the force of their truck is debatable—illegal, that’s for sure, but social justice is another ordeal.

Such is the case with this “accident” caught on an uninvolved driver’s dash cam in Gorinchem, Netherlands, and posted on ViralHog’s YouTube page. The footage doesn’t start at the beginning of the incident, so it’s hard to tell from the video alone what the circumstances were leading up to this point.

If the description is a true account, it may have started out as an innocent accident caused by the Porsche being parked improperly, but using the side of the delivery truck as a makeshift cattle prod was no accident.