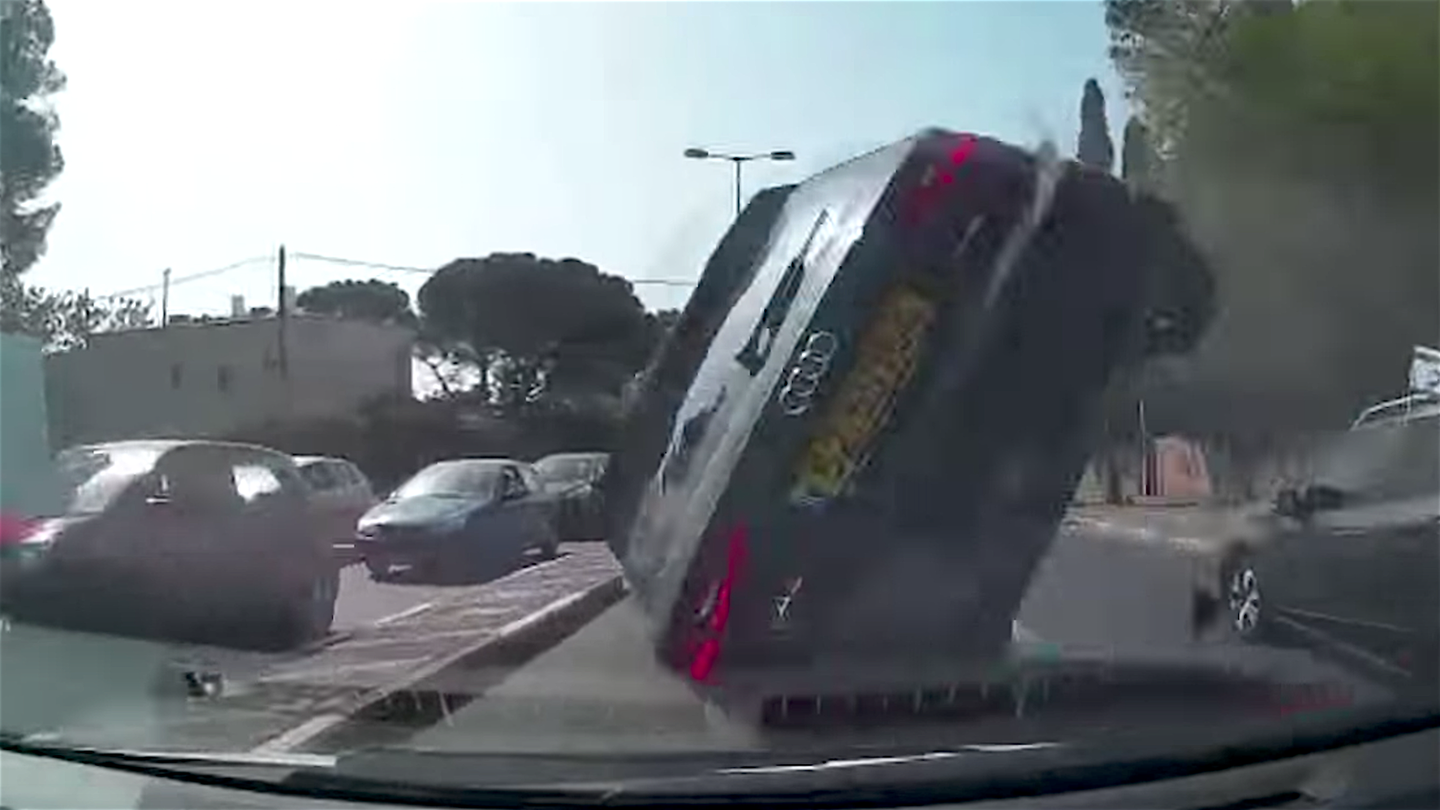 Changing lanes isn't exactly a difficult thing to do, most of the time. In fact, as long as you have your side mirrors handy, and as long as the motorists around you aren't driving like morons, it shouldn't be much trouble at all. But those factors don't matter if you're the one driving like a complete tool—going for non-existent gaps and pursuing other reckless behaviors, like the fellow driving the Audi A3 in the video below.

This clip, uploaded to YouTube last week, shows an Audi A3 in Israel attempting to change lanes in a near-impossible setting. With a car on the driver's left and a car in his same lane, the driver tried to go for a gap between the two vehicles....but somehow ended up colliding with the car in his or her's path. After the first collision, the car was thrown into the air, twirled over, and landed in oncoming lanes of traffic.

And then it caught fire.

It's unclear if anyone was injured in the accident.