This footage shows the crazy courage of F1 drivers from the '80s. 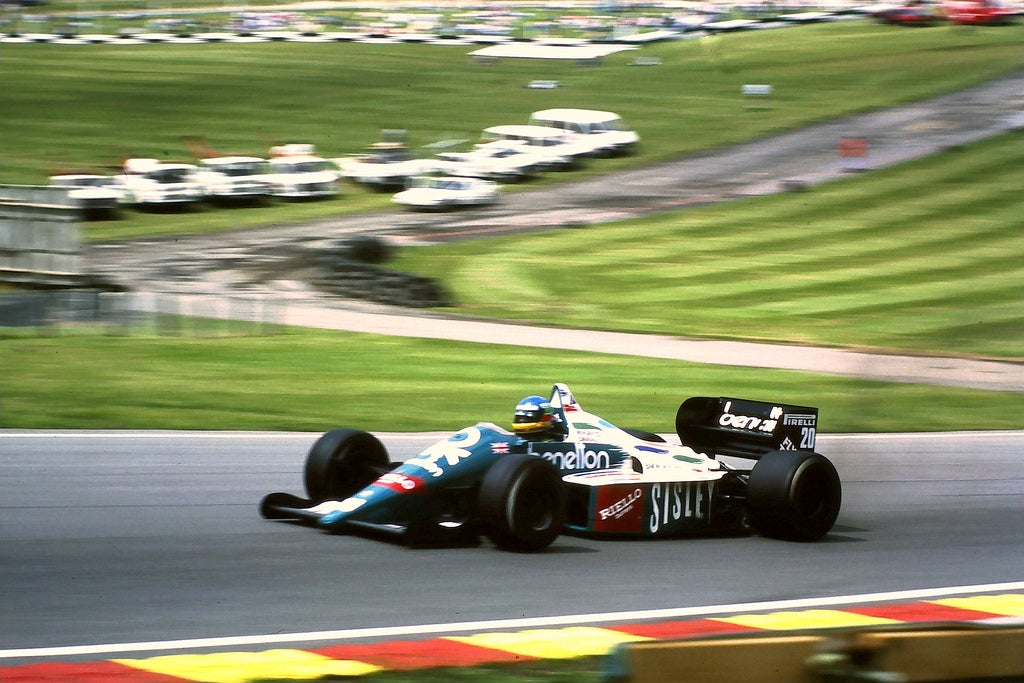 During the mid '80s, BMW went crazy with power. They extracted the biggest outputs possible from an otherwise pedestrian four cylinder engine, producing 1,000 horsepower per liter in the 1.5L M12. This motor was used in multiple applications including the Benetton B186 that you see here. This came at a unique time of Formula 1 where there were few regulations and restrictions, opening doors for manufacturers to build the fastest cars ever seen. This particular example produced 1,350 horsepower in qualifying trim, making it an enormous handful for the lightweight body and lack of driver aids.

To get that kind of twist from such a small engine, BMW had to crank the boost way up -- to 80 PSI, as a matter of fact. This was provided by a single turbo that was nearly as big as the engine itself, propelling the car past 11,500 RPM. Those are crazy specs considering that the M12 engine was a tuned version of the modest M10, a small unit found in the 3-Series of the time. It helped to set drivers on a new plateau while sorting the weak from the strong, making it a real triumph to tame the machine.

Because of its inherently laggy nature, it was incredibly tough to drive the car and manage an efficient time around the track. Nelson Piquet was the most proclaimed driver to use the M12 in his racecar, and it pushed him to one world championship with Brabham during the period.

In this video, you can see Gerhard Berger launch it around the Adelaide Street Circuit. Plenty of whooshes and screeches are let out of the car's monster powerplant, and it helps us reminisce on when Formula 1 was outright crazy.